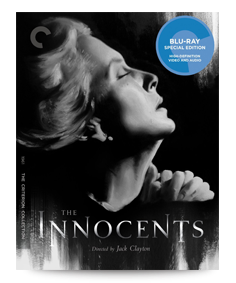 A Chilling Ambiguity from Criterion

Halloween is just about here again, and Criterion has celebrated by releasing a near-perfect edition of one of cinema's greatest ghost stories.

Based on a William Archibald play, which was in turn based on The Turn of the Screw, an 1898 novella by Henry James, The Innocents has just enough chills to scare the bejesus out of you without going over the top and entering the realm of the splatter or horror movie. It's a class act, worthy of keeping company with masterpieces like The Haunting (1963), The Devil’s Backbone (2001), and The Orphanage (2007).

The film's time period is mid-Victorian. Miss Giddens (Deborah Kerr) takes a position as governess to two children, Miles (Martin Stephens) and Flora (Pamela Franklin), who reside in a resplendent but lonely estate outside of London. (The name Giddens was an invention of playwright Archibald that carried over into the film; in the novella she remained unnamed.) After only a short time, Miss Giddens becomes convinced that the children are being cruelly possessed by the ghosts of former residents and lovers, Peter Quint (Peter Wyngarde) and Miss Jessel (Clytie Jessop), the previous governess.

Kerr turns in the best performance of her distinguished career, and the children are absolutely first rate. Ironically, Stephens, who was quite in demand as a child actor, gave up acting not long after The Innocents, whereas Franklin, who was making her first-ever appearance in a movie, would go on to have a very successful, if low-key, adult acting career. The entire cast handles the screenplay (by Archibald and Truman Capote) so well that there's perfect ambiguity. Were there really ghosts, or did the repressed, fragile governess imagine them? For me, one moment near the end of the movie tips the scales in favor of the spirits, but I confess that I simply wanted there to be ghosts! 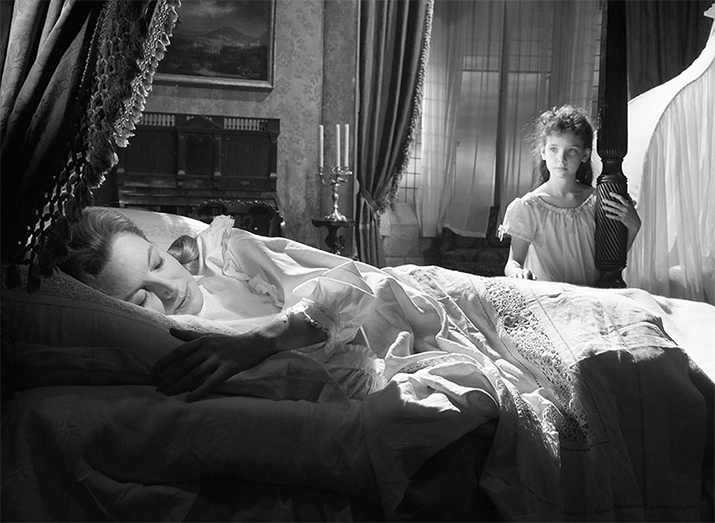 The black-and-white film was splendidly produced and directed by Jack Clayton, who had enjoyed tremendous success in 1959, directing Room at the Top. Freddie Francis, who had a most successful career both as director and cinematographer, showed off the latter ability with pitch-perfect photography that involved some innovative experiments and solutions. 20th Century Fox was paying for the movie, and at the time it was filming everything in CinemaScope. So even though The Innocents was black and white, it was saddled with widescreen images. Clayton was uncomfortable with this, but Francis showed him how they could use filters painted at the edge coupled with intense lighting in the middle to create effects that would focus the action at the center of the screen. As production went on, Clayton became more comfortable with CinemaScope, and he fashioned some scenes that fully used its widescreen potential by placing characters at the far edges of the frame.

Criterion has transferred this all-inclusive use of CinemaScope with its usual expertise and attention to detail. Much of The Innocents depends on shadow and light contrast, and the transfer never leaves anything to doubt. If something is half seen in the shadows, it was intended to be that way. The mono soundtrack is very good, adequately reproducing dialogue, music, and the sound design.

Cultural historian Christopher Frayling provides both the commentary track and a video introduction to the movie, and is ideal for both tasks. He has a knack for entertaining delivery, but his breezy patter is also filled with excellent information. There's a 2006 documentary that includes interviews with cinematographer Francis and editor Jim Clark, and a recent interview with cinematographer John Bailey, who discusses Francis's techniques and the general look of the film. A trailer and booklet essay by critic Maitland McDonagh round out the extras.

The Innocents is one of the best ghost-story movies ever made, and Criterion has presented it in a Blu-ray edition that leaves nothing to be desired. It's here well before Halloween, so you can order or rent your copy for some real Friday night frights.

Be sure to watch for: Chapter 9 features a lengthy nighttime sequence in which Miss Giddens roams the estate's corridors trying to find the source of some spooky sounds. This portion of the film illustrates perfectly the intimate use of CinemaScope that Francis achieved. The candelabra had four wick candles so there would be enough light to film. Thus the center of the screen is quite bright while the edges, though still in focus, are often spooky and uncertain.