I heard about drummer Matt Wilson before I heard his music, and what I heard about him made me anticipate that first interaction as I had for few other musicians. What I heard about Wilson was that he brought intense joy to everything he played, along with a sense of curiosity, and technique that made him sound like no other drummer on the scene.

All that was true. When I finally heard him live, as a sideman with a veteran bassist, Wilson lit up the stage. Although the leader’s compositions were somewhat ponderous, the drummer dropped unexpected accents, swung like crazy, and had his drums tuned so he blended melody with percussion.

The second time I saw him, accompanying singer/pianist Dena DeRose in a trio, was even more revelatory. He seemed to pull tones from his cymbals and supported DeRose with both sensitivity and enthusiasm, his face showing more engagement than any drummer this side of the endlessly ebullient Joey Baron.

Around the same time, Wilson was making a larger name for himself with his work in saxophonist Dewey Redman’s band, as a member of Lee Konitz’s group, and as one-third of Trio M, with Myra Melford and Mark Dresser. And, in 1996, he began expressing his own music on a long string of albums on the Palmetto label.

But what really sets Wilson apart is his attitude and world view. Born in rural Knoxville, Illinois, Wilson said he used to look at the passing traffic on the road adjacent to his parents’ property and imagine that someone traveling through that Midwestern landscape was listening to John Coltrane. When his wife, Felicity, gave birth to triplet boys, Wilson strengthened his bond with jazz’s king of Zen, bassist Charlie Haden, the father of triplet girls. And after Felicity’s tragic death from leukemia in 2014, Wilson bravely gathered all the surviving musicians who had been on his albums up to that time and recorded her favorite compositions in a single session.

It was a risky project, with no formal arrangements and only a short rehearsal, and when I asked him in an interview whether it presented a challenge to lead that many diverse artists into uncharted waters, he replied, “I really believe in musicians and trust them to do the right thing. Dewey Redman told me, ‘Pick people you love and let them play.’ That just works for me.”

That summarizes the positivity Wilson brings to every project, which, when combined with his stunning technique and sense of humor, equates to music that simultaneously urges you to dance, laugh, and think.

Hug! does all three, and may serve as the perfect recording for these times.

Featuring saxophonist Jeff Lederer, cornetist Kirk Knuffke, and bassist Chris Lightcap, the album launches with a surging take on Gene Ammons’s rugged “The One Before This,” with all four musicians taking just enough liberty with the rhythm that the piece edges closer to the brawling 1970s style known as free bop than to the locked-down approach of Ammons’s original. 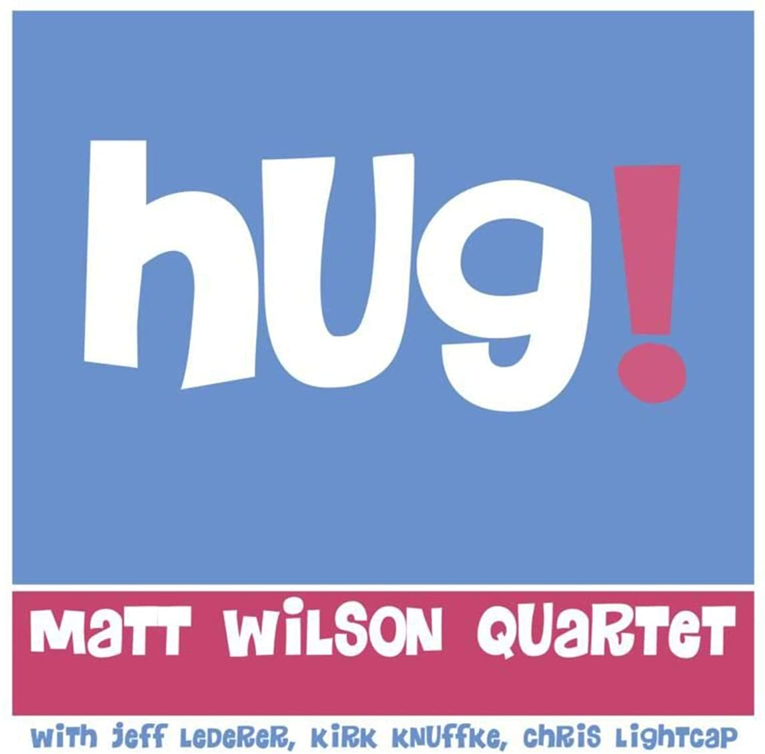 Abdullah Ibrahim’s “Jabulani” is equally energetic, albeit with a South African bounce and weave to its step, and a scorching, full-bodied solo by Lederer. Two more compositions by a pair of Wilson’s mentors -- Redman and Haden -- add to the environment of a working quartet strutting its stuff at just the right time of the night in a jazz club. If this is nostalgia for a time before social distancing, when social music reigned, it’s a well-timed tonic. Vodka and tonic, perhaps, because each of these pieces has a slightly woozy feel, underpinned by Wilson’s distinctive time feel.

Wilson may be pining for even simpler times, reaching back to Roger Miller’s 1965 hit, “King of the Road,” with Lederer and Knuffke trading lines on clarinet and cornet, and to the ’60s’ favorite pop duo with “Sunny and Share,” a revisioning of “The Beat Goes On” and “I Got You Babe” through the lens of Ornette Coleman.

If a meeting of Sonny & Cher and Coleman isn’t surrealistic enough for you, how about Donald J. Trump meets Sun Ra? Trump’s typically self-aggrandizing announcement of a U.S. Space Force is the kind of thing that sparks Wilson’s absurdity-loving nature, so what better to do with the POTUS’s vapid words than meld them with Sun Ra’s “Interplanetary Music” chorus, sung with deadpan gusto by the entire band? The result is a powerful earworm that will have you repeating “We’re going to have a Space Force” while you hum the refrain.

Only slightly less catchy is the brief melody line for another poke at the absurdity of contemporary life: Wilson’s original, “Man Bun.”

Lest you think Wilson isn’t taking COVID, financial meltdown, self-absorption, and racial injustice seriously, there is the gorgeous, wistful “Every Day with You,” dedicated to his partner, Kim, and the slow groove of “Hambe Kahle (Goodbye)” to leaven things out.

Recorded by Palmetto boss Matt Balitsaris at Maggie’s Farm, familiar ground for Wilson, Hug! sounds exceptionally well balanced and present, and at about 45 minutes the album is a shot of optimism and sincerity that is bound to take the listener outside of the concerns of the every day. What more can you ask of music?