Jazz is both blessed and cursed with a creation myth, which is so oft-repeated that you might be able to recite it with me: born in New Orleans, it spread north to Chicago on the first waves of the Great Migration, and then east to New York City. Except, as jazz historian Mark Miller eloquently proved in his 1997 book, Such Melodious Racket, it’s not true.

While it’s true a number of gifted pioneers like King Oliver and Louis Armstrong trod that path from Louisiana to Illinois and then New York -- and equally true that generations of others, from Charlie Christian to Charlie Parker to Kris Davis, have also descended on Manhattan from parts west -- gifted jazz musicians have always stayed in, or relocated to, other places in the world. The great thing about the creation myth is that it makes terrific copy; the bad thing is that it diminishes the artistry of musicians like cornetist Ron Miles, who choose to make their lives elsewhere.

“If (insert name) was really good, he/she would be in New York City.”

That’s the worst effect of the myth, and the only people who escape its damnation are those who reside in Los Angeles or a handful of European locales like Paris, Amsterdam, or Copenhagen. Those who never left Southern California or moved there are generally excused because of its proximity to the major commercial studios, while Europeans or American exiles who live on the continent are viewed as outliers. And, even then, they are viewed with some mixture of suspicion or pity: well, they’d probably rather be in New York City if they could.

At 57, it’s unlikely Miles harbors any desire to move to Manhattan from Denver, where he’s made his home for the past 45 years, following a childhood spent in Indiana. In fact, he studied at the Manhattan School of Music before moving back home to Colorado. No, comfortably ensconced in the Rockies, where he holds the position of musician in residence at the Metropolitan State University of Denver, Miles is (remotely) living proof that you can reside far away from New York City and still maintain a thriving career, lead an all-star band, and make albums as good as Rainbow Sign. 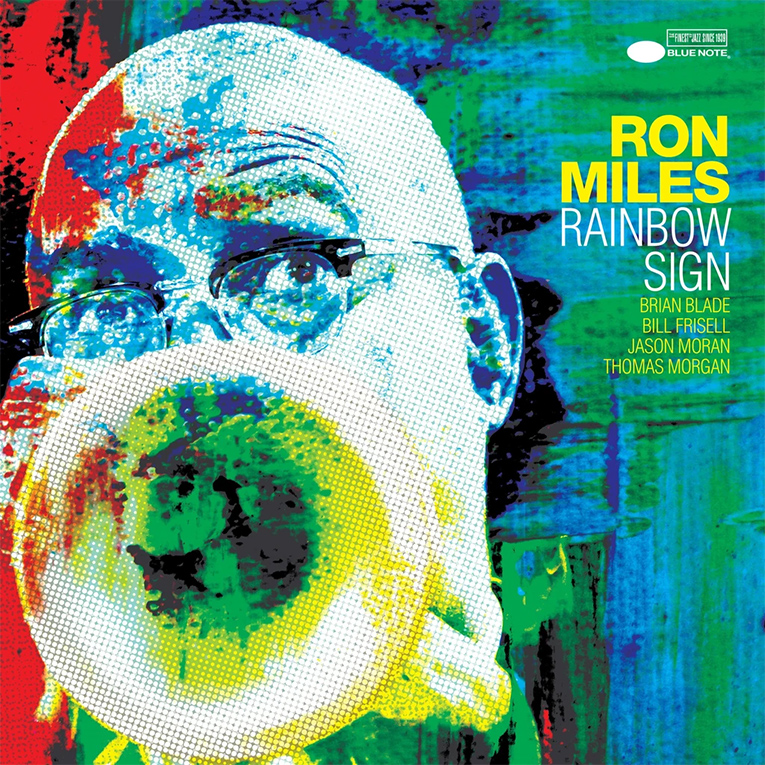 First, to the band: Bill Frisell on guitar, formerly another Denver resident, who has -- OK -- drifted back to Manhattan; Jason Moran on piano; Thomas Morgan on bass; and Brian Blade on drums. This is no pay-some-stars-to-record group, either; Frisell, Morgan, and Blade are members of Miles’s working band. And, while Rainbow Sign is Miles’s Blue Note Records debut, he’s been making albums this good since the mid-’90s. If you haven’t heard him, blame the myth, but think of all the great catching up you can do now.

Rainbow Sign, Miles’s 12th recording as a leader since 1986, was inspired by the weeks he spent with his dying father in the summer of 2018, and its stately, elegant aesthetic implies that it was a time of reflection and peace. Over the years, Miles has shown himself to be a restrained player -- closer to Tom Harrell than to Dave Douglas in tone and approach -- so this is ideal territory for him, especially when he’s playing slow, melodic lead lines like on “Custodian of the New” and “This Old Man.”

As a composer, Miles favors blending multiple parts: frequently handing the melody line to Morgan while placing a more abstract solo on top and allowing Frisell and Blade to splash tonal and rhythmic accents where they fit. On “This Old Man” -- which begins with a wistfully strolling pace but grows more broken and abstract toward its conclusion -- Miles’s cornet establishes the time as well, leaving Blade in a more traditional front-line role. Given their lengthy relationship, it’s only natural that another approach the composer favors is to play unison melody parts with Frisell, which creates a graceful duet on the closing “A Kind Word” and alludes to Ornette Coleman on the atypically upbeat “Binder.”

Adding to the sense of calm on Rainbow Sign is the deliberation that abounds. Nothing is rushed, particularly on the 16-minute opening composition, “Like Those Who Dream,” in which Morgan provides the only forward momentum. The piece unfolds slowly, with Miles and Frisell trading slippery voicings before conventional solos take over. It is a commanding, if downbeat, way to begin, but also an exceptionally powerful mood setter.

This is a recording of great depth and many layers, which owes a lot to the work of co-producer and engineer Colin Bricker, who captured the band at Sear Sound, the 30-year-old institution that has turned out many contemporary Blue Note albums.