Sometime around 1970, a young German bassist and record producer named Manfred Eicher sent a letter to American pianist Keith Jarrett, requesting that Jarrett consider making a trio record for Eicher’s nascent ECM Records label. As Eicher recalled it recently for a lengthy DownBeat magazine article in honor of the label’s 50th anniversary, the request was that Jarrett record with drummer Jack DeJohnette and bassist Gary Peacock. Jarrett, two years younger than Eicher, had a different idea. Already well known for his four-year tenure with saxophonist Charles Lloyd’s popular quartet, which included DeJohnette, and having recorded a handful of albums under his own name, the pianist wanted to move in a new direction.

In the fall of 1971, Jarrett embarked for Europe as a member of Miles Davis’s band. While Lloyd’s group had mixed acoustic pop, in the vein of Joni Mitchell and the Beach Boys, with improvisation, Davis’s band was heavily amplified, with the trumpeter running his horn through a wah-wah pedal while Jarrett -- and occasionally second keyboardist Chick Corea -- soloed loudly on electronic pianos. For Jarrett, the education he was getting from Davis outweighed his hatred of the instrument he was asked to play. Just barely.

On November 10, 1971, the day after a Davis concert in Oslo, Norway, Jarrett entered one of Eicher’s favorite studios and recorded eight solo acoustic pieces for an album that would be called Facing You. While the pieces, including the gorgeous “Lalene” and the rhapsodic “My Lady, My Child,” were compositions, the music flowed with an open-ended approach that made them sound largely improvised.

While Jarrett would soon leave Davis to form his own quartet, bolstered sometimes by electric guitarist Sam Brown and percussionist Airto Moreira, the concept of performing solo recitals would remain an important part of how the pianist would express himself. Eicher, who once told me that he and Jarrett have never had a formal contract between them despite collaborating on some 70 albums, was only too happy to oblige. In Jarrett, he recognized his ideal contemporary artist -- one who was interested in exploring wholly improvised forms, classical repertoire, and the popular music of the 20th century, and had the technical skills to do it all at the highest level. Like Eicher, Jarrett was uncompromising in his drive to do things his way, in his own time. For Jarrett, Eicher had all the time in the world.

That kind of artistic investment might not have paid dividends for years, if at all. Instead, Eicher’s gamble, if that’s what it could be called, paid off just four years after their first project, with The Köln Concert, 66 minutes of music recorded in concert on January 24, 1975. The record was reviewed favorably, but that alone is not enough to explain its enduring popularity. To this day, it’s Jarrett’s -- and ECM’s -- best-selling work, and it’s one of the most popular jazz recordings by any artist. Eicher has made no secret of the fact that The Köln Concert has funded many of his later recording projects. 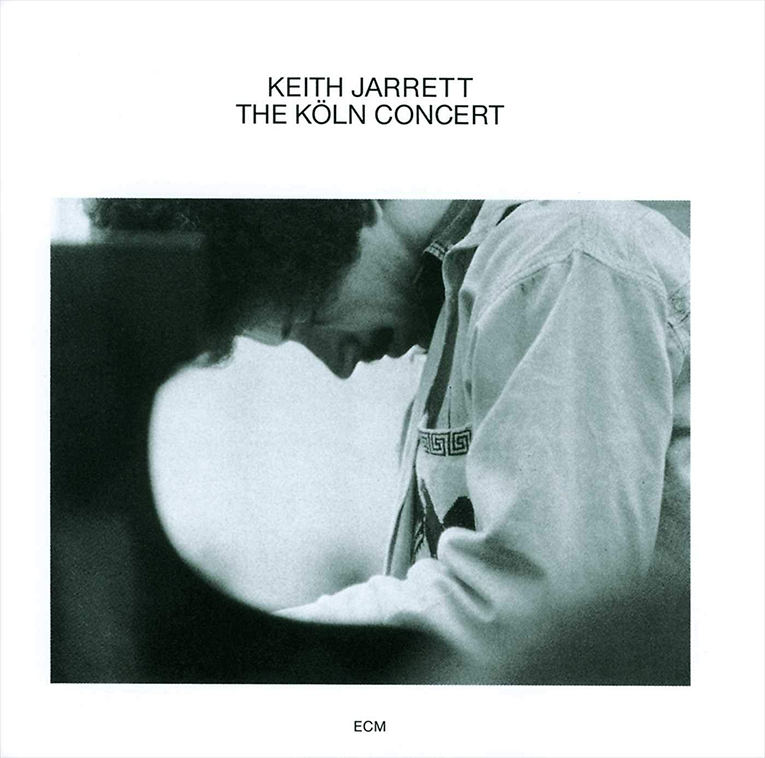 By the time he appeared in Köln in 1975, Jarrett had been pursuing a particularly courageous artistic approach for several years. Traveling as a solo performer, he would request a top-notch instrument and walk onto the stage without an idea of what he would perform. As a conceit, this particular version of tabula rasa seems to stretch credibility. Surely, you think, Jarrett must’ve had some idea of what he would perform, some snippet of melody or harmony in mind as he strode onstage. In later interviews, he insisted he would go to extremes to avoid such preconception, even when he was practicing at home for hours on end in advance. He developed ways of keeping his mind clear so that every performance would be as fresh to him as it would be to his audience.

Which is not to say that Jarrett didn’t have signature motifs or gestures. As illustrated on the many solo albums ECM has released, the pianist would frequently employ ostinatos that underpinned gospel-tinged harmonic movement, or ecstatic keyboard runs that would extend rapturously, as he writhed above the piano bench and added guttural vocalizations. It was not unusual for these inventions to run 45 minutes or longer.

While he pursued many other forms of expression over the following years, the public’s love for The Köln Concert and the unique tightrope-walking spectacle of Jarrett playing solo have made his one-man recitals extremely popular. However, in 1996, when Jarrett was 51, the pianist was stricken with chronic fatigue syndrome, which forced him to retreat from the public eye for several years. Twenty years later, Jarrett released a four-disc set called A Multitude of Angels, a collection of solo recitals meant to document the time when he teetered on the precipice leading to his four-year withdrawal from music. Echoing comments made by boxer Muhammad Ali after surviving his 1975 “Thrilla in Manila” bout with Joe Frazier, Jarrett compared what he endured to record A Multitude of Angels to facing death.

Jarrett would return to solo recitals in 1999, but when he did the long, trance-inducing presentations were gone, replaced by shorter, more focused bursts of creative improvisation. 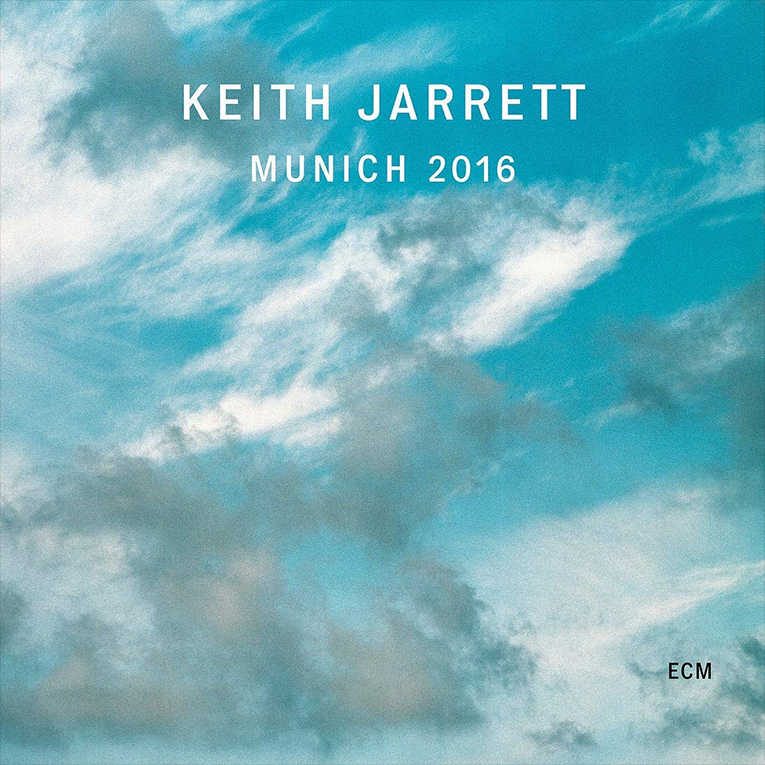 In July 2016, he embarked on a brief European solo tour, culminating with a performance in Munich’s 2400-seat Philharmonie am Gasteig on July 16, which is documented on Munich 2016.

The main body of the recital is a 12-part suite, with pieces that range from two-minute miniatures to more fulsome explorations of a theme or motive. As always, where he begins the journey doesn’t provide a clue toward where he will go. His exceptional technical facility aside, what captivates about Jarrett is his ability to surprise. The “familiar” doesn’t appear until two minutes into “Part III,” when he lands on a gospel movement, playing slightly arpeggiated major chords that lead to an uplifting release at the 3:30 mark, accompanied by one of his signature vocalizations. Again, what sets this apart is where he goes from that root statement and how he manages to avoid repeating a phrase that you’ve heard him play previously. “Part III” is also as close as you’ll hear him come to an actual composition in this suite, in that it moves steadily toward a conclusion and ends with a phrase that seems logical, given the flow of what’s come before.

“Part IV” begins with the type of chugging momentum Jarrett frequently employs, but again what gives this its power is the knowledge that he could take it anywhere. And, were it not for his notoriety for barking at audience members who disrupt him, the pace is so measured that you almost expect listeners to begin clapping along in time.

The two pieces that follow are more rooted in the classical vernacular, particularly the trilling opening of “Part VI,” but then he makes a sudden turn into more abstract territory with short bursts of two-handed runs in “Part VII.”

For any musician other than Jarrett, the decision to follow that with something quiet and meditative, and then shift into the blues in “Part IX” might seem like an artist seeking to please all tastes, but as always there is the reality that he is merely in pursuit of what jazz writer Nate Chinen has termed “spontaneous harmonic architecture.”

If there is any comparison possible, it may be to Cecil Taylor’s late-life solo concerts, where the master of pianistic abstract expressionism gave himself over to shorter bursts of inspiration -- channeling what physical energy he could summon into concentrated statements.

The other noticeable concession that Jarrett makes to age is his use of standard compositions as encore material. Of course, this may also be a nod to those audience members who know his work with the so-called Standards Trio -- with Eicher’s dream team of DeJohnette and Peacock -- better than the solo work. 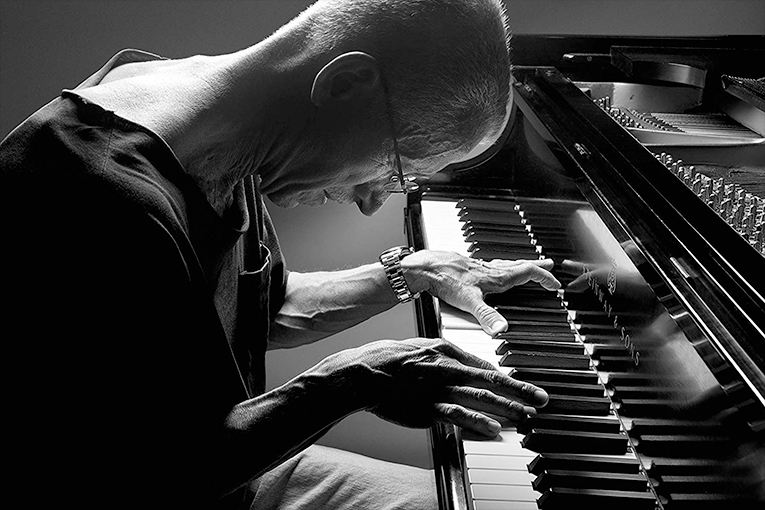 The first of these, “Answer Me, My Love,” is a concert favorite of Jarrett’s, with links to both Nat King Cole’s 1954 hit and Mitchell’s reprise of it on her 2000 album, Both Sides Now.

“It’s a Lonesome Old Town,” written by Harry Tobias and Charles Kisco in 1930, is a more interesting choice, also associated with Cole -- from 1962 -- but probably better known from Sting’s interpretation of it in the film Leaving Las Vegas. Jarrett takes it slow, and clearly enjoys exploring the harmonic structure of the song. So delicate is his rendition that he seems to be illustrating what gives the piece its beauty, in the way the chords and grace notes fit together.

Since this 2016 Munich performance, Jarrett has appeared just once, on February 15, 2017, at New York’s Carnegie Hall. Several scheduled shows have been canceled in the interim, and in 2018 it was announced that Jarrett was canceling all future concerts. Rumors abound that, at 74, he is suffering either a return of his CFS or a related syndrome that can cause muscle pain and cramping.

Is Munich 2016 the last we’ll hear of Jarrett’s exceptional talent? If so, his closing encore of “Somewhere Over the Rainbow” will stand as a wistful but sturdy farewell. Previous interpretations of it -- most notably on A Multitude of Angels -- have cleaved closely to the melody, but his version here is more expansive, mining the joy inherent in Harold Arlen’s music, without ignoring all the associations an audience might bring to it. Jarrett’s legacy is just one more of those associations.