How you know guitarist Nels Cline might vary. You might know him as the leader of the archly named Nels Cline Singers -- a trio that includes no vocalists -- from his sonically expressive improvisational collaborations with a wide range of artists from Sonic Youth guitarist Thurston Moore to action painter Norton Wisdom, or as a member of the rock band Wilco. In almost every setting, he is a disruptor: slashing shards of noise across a pleasant tonal environment here, cranking the volume there. Inspired by sources as diverse as Jimi Hendrix and Andrew Hill, Cline has extraordinarily open ears and a deep set of technical skills.

Although some of his projects explore acoustic soundscapes -- his 2014 album, Room, with fellow guitarist Julian Lage is the best example -- Cline’s romantic side is not something that immediately comes to mind in whatever context you know him.

Yet, for more than two decades, the 60-year-old Los Angeles native has been constructing a list of highly personal “mood music” that depicted love, lust, and loss in all of their shapes and variations. Over time, he added and removed compositions from the list, but a few hung on -- most notably Sammy Fain’s “Secret Love” and Jimmy Giuffre’s “Cry, Want.” 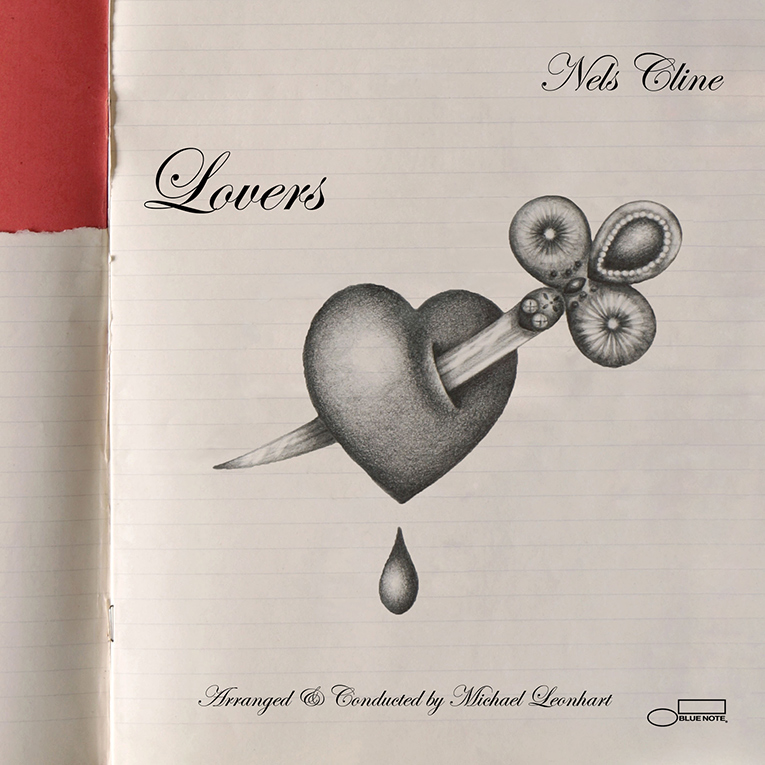 The version of the latter that is included in Lovers, his first album for Blue Note Records, is a representative track. Beginning and ending with an electric guitar soliloquy full of space, bluesy sustains, and gorgeous sound dynamics, the bulk of it is a subdued meditation expressed through dark, woody tones: the marimba of Kenny Wollesen, woodwinds, Devin Hoff’s bass, and twin brother Alex Cline’s percussion. These represent just a handful of the 22 musicians the guitarist and his producer, David Breskin, invited to participate. Notably, they are primarily players of muted instruments -- cellists Erik Friedlander and Maggie Parkins, bassoonist Sara Schoenbeck, and clarinetist Ben Goldberg among them -- expressing Cline’s concept that love is more often a combination of dark hues rather than the vibrant primary colors of brass instruments.

Sonic Youth’s “Snare, Girl” is rendered in three parts, with a Spanish-tinged introduction that resembles a shattered bolero; a shimmering, atmospheric center section; and a dramatic ending that blends acoustic guitar with drums and bass. “The Search for Cat,” a piece of music Henry Mancini wrote for Breakfast at Tiffany’s, combines a soaring string movement with Zeena Parkins’s harp and a melancholic undertow, and concludes on a long, heartrending note that blends perfectly into “The Bond,” a beautiful song Cline wrote for his wife, Yuka Honda.

As well as illustrating Cline’s view of romance as a complex issue, Lovers also shines a light on some of the contemporary guitarists who have influenced him. “Secret Love,” which begins with a grinding electronic throb, is primarily a swinging nod to Jim Hall, while Arto Lindsay is represented by his mysterious-sounding “It Only Has to Happen Once” and Gábor Szabó’s “Lady Gabor” becomes a tapestry of electronics over an insistent, loping beat.

This is deep listening, which continues to reveal new pleasures, and it is an exquisite aural experience, thanks to veteran engineer Ron Saint Germain, who was responsible for exceptionally vital sounding recordings by Ornette Coleman and Ronald Shannon Jackson in the 1980s -- precursors to this bold, expansive work.