For centuries, some of the most important contributions to our understanding of social mores and manners have come not from historians, but from creative observers who have worked in various art forms. From Samuel Pepys to E.B. White, we have used the writings of people like these to go deeper into how life was experienced by those who lived through particular times.

Singer/songwriter Paul Simon is no newcomer to this; as early as “The Sound of Silence” in 1963 he was contemplating the growing alienation among youth at the dawn of the Vietnam War. Since then, he has sharpened his focus on contemporary life in songs like “America,” “The Boy in the Bubble,” and “So Beautiful or So What,” creating imagery that is both incisive and memorable, and characters who are fully realized in the three minutes of a pop song. In his ability to portray -- and often satirize -- life on the streets of New York City, Simon has become the musical equivalent of Woody Allen.

But unlike the aging filmmaker, Simon has not reserved his observations for the privileged class; indeed, his commentary is particularly sharp and sensitive when directed at those who are not among the chosen few. Whether or not the line is written from his own perspective, Simon sings: “My heart goes out to the street angels / Working their way back home.” And as always, his sweet, unaffected voice makes you believe him, just as you have for the past half-century. He remains a master of plain speak -- vernacular fitted into earworm melodies. Is there a more consistent songwriter in popular music? Even Bob Dylan and Bruce Springsteen come up short when measured against Simon. 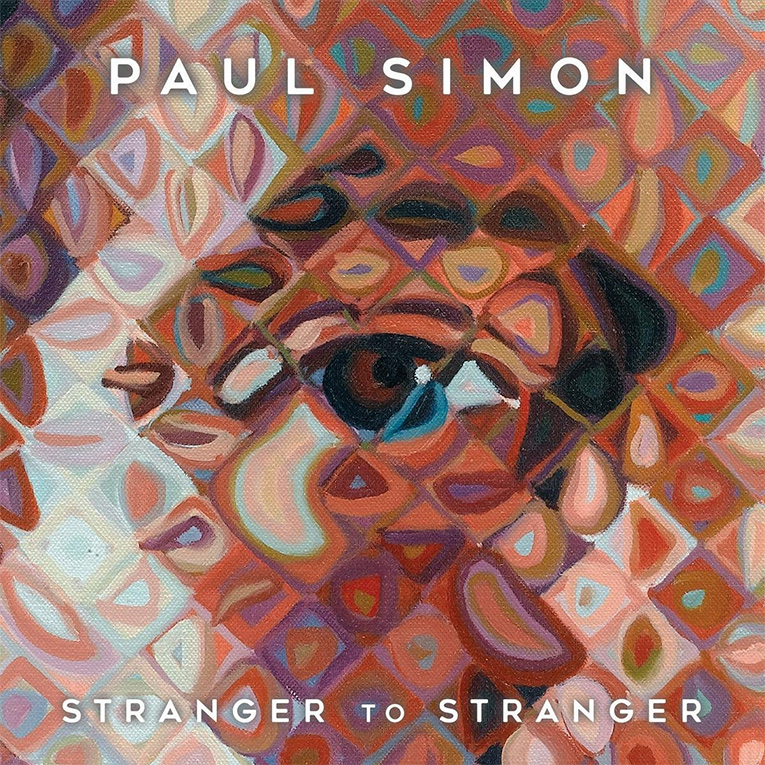 The cornerstone single of his new album, “Wristband,” cleverly shifts narrative points of view from a character who seems autobiographical (a guitar-playing bandleader locked out of a downtown venue and forced to confront a mammoth bouncer) to a much broader view of “towns that never get a wristband” filled with “kids who can’t afford the cool brands / whose anger is shorthand for ‘You’ll never get a wristband / so you can’t get through the door.’” This picks up the thread from “Questions for the Angels,” a song from 2011’s So Beautiful or So What that painted a striking image of a homeless man teased by a billboard featuring Jay-Z, who hawks unaffordable clothing from above the Brooklyn streets.

Being a child of the ’60s, Simon has always been focused on weaving his songs into long-playing tapestries, so that Graceland or Still Crazy After all these Years sound like unified pieces, even though their component parts may be quite diverse. Stranger to Stranger follows that pattern, with the unifying thread being Simon’s use of electronic beats courtesy of Italian DJ Clap! Clap! (aka Digi G'Alessio): flamenco rhythms, Peruvian and African percussion, and Marcus Rojas’s tuba. It is a highly textured soundscape, beautifully recorded with enough depth to make it seem quite minimal, even when a lot is going on.

Only one song, “The Riverbank,” seems out of step, lifting imagery directly from a number of Springsteen’s compositions, and even using some of Springsteen’s lyrics -- “It’s going to be a long walk home” -- to illustrate the disintegration of traditional American values.

Two short instrumentals -- “The Clock” and “In the Garden of Edie” -- act as effective bridges.

The deluxe issue of Stranger to Stranger includes a third instrumental, which serves as a reminder of what a good guitarist Simon is; a nostalgic duet with Dion; Simon’s theme for Louis C.K.’s web-based drama Horace and Pete; and a pair of live performances from Prairie Home Companion, featuring members of the Punch Brothers and others. The live version of “Wristband” gains some immediacy stripped of its electronics, while an energetic performance of “Duncan” from his 1972 debut solo album is evidence of the timelessness and endurance of his best work.