At 25, and after creating five albums, British singer-songwriter Laura Marling is no longer the startling young ingénue she was when she scored three Mercury Prize nominations, but she can still stun you with the freshness of her music and the depth of her emotion.

Marling was initially linked conceptually to Joni Mitchell due to her use of open guitar chords and her preternaturally mature poetic sense, but her time living in Los Angeles and enduring a broken relationship have found her emerge on Short Movie sounding more like early-period Sinead O'Connor. "Please don't let me bring you down/ Do I look like I'm fucking around?/ I'm a woman now, do you believe?/ Only one thing I'm sure of, and that's that you deceive,” she sings in an especially acid dismissal of her former lover. 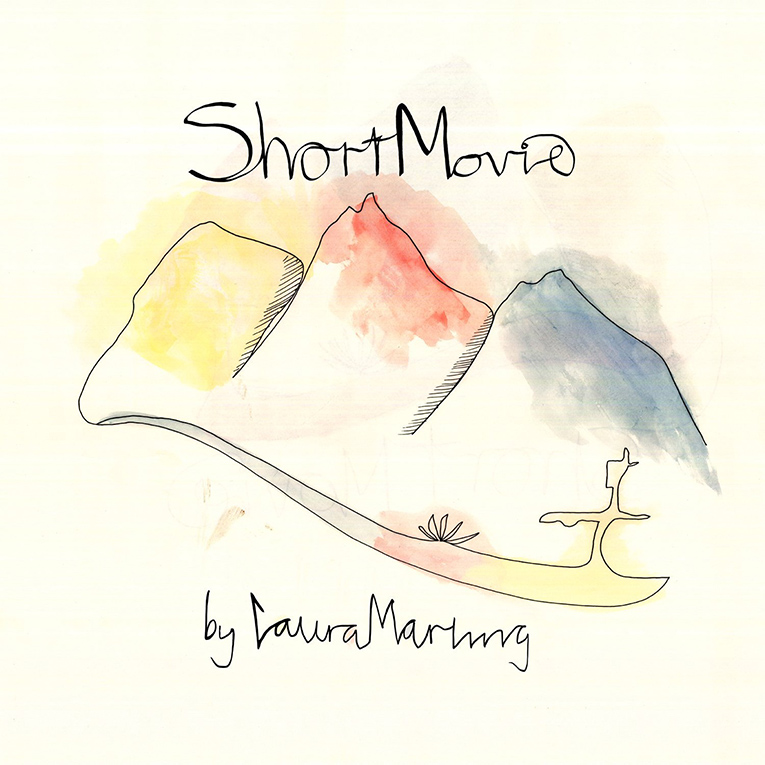 The 13 songs may not be as autobiographical as they seem, but her anger is palpable and intensely channelled. "Keep your love around me/ So I can never know what's going on,” she sings on “I Feel Your Love,” a deceptively sweet-sounding song that is about her lover suffocating and controlling her.

This is a more spare recording than earlier releases like A Creature I Don't Know and Once I Was An Eagle. Marling's guitar and voice are more prominent, adding to the confessional feeling; her self-accompaniment shows more propulsive movement; and the production -- by Marling, Dan Cox, and Matt Ingram -- makes more use of atmospheric electronics than distinctive instrumentation.

Pro Tools plays a large role, with credits going to two members of the production team. And as with Steve Earle's equally spare Washington Square Serenade, the software gives the recording a hyper-present feel. Some listeners may be bothered by what they hear as artificiality, but it adds to the album's intimacy.

The frequently sparse nature of the music allows Marling to display some unusual melodic and harmonic choices. An outstanding example is her mix of approaches on "Easy," where she phrases the words "when we were young" as a dissonant drone -- reminiscent of the phrase "please don't be long" in George Harrison's "Blue Jay Way" -- and then brightens the mood by radically shifting the following line to more traditional harmony. On "Strange" she delivers the opening verse in a conversational voice, spitting venom at the duplicity of a married man while she strums a driving modal pattern on her guitar, accompanied by hand drums. The piece builds momentum and broadens out sonically with additional percussion, but Marling's voice is riveting as she twists, stretches, and pinches words like a beat poet. The closing "Worship Me" begins with just voice, finger-picked guitar in a minor key, and what sounds like crackling electricity, then builds to a crescendo by adding a string section.

Those kinds of musical twists, and the ease with which Marling makes them, demonstrate her evolving style and a penchant for risk-taking that mirrors what she is willing to do with her lyrics.

Marling hit the scene as a solo act at just 18, after departing the band Noah and the Whale, sounding fully formed. Now she has moved on to a point where she sounds like she already has decades of living and writing behind her.