Close harmony lives at the heart of rural American music, a reflection of the fact that, in its early years, it was frequently created by family members or friends -- as much self-entertainment as anything meant to share with others.

Heirs to the tradition, Rodney Crowell and Emmylou Harris began to blend their voices in 1975, when he joined her Hot Band. Though he was originally hired as a guitarist, Crowell's role quickly expanded to songwriter and duet partner. Although he left the Hot Band after two years, they remained entwined due to the number of Crowell songs in Harris's repertoire and a couple of duets in the early 2000s. 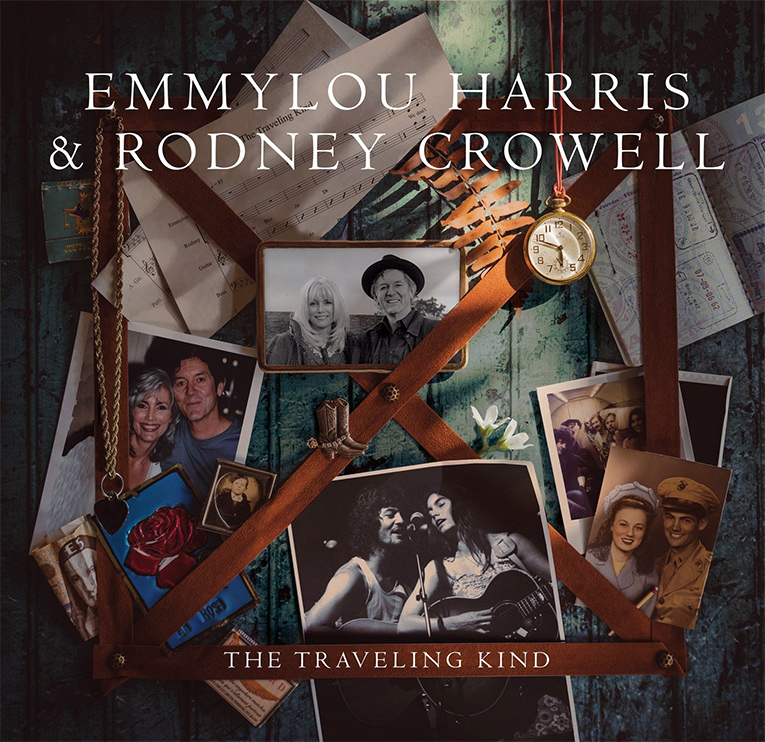 Given her reputation as an avid collaborator, it is surprising that it took until 2013 for Harris and Crowell to reunite for a full album, but that year's Old Yellow Moon, which reprised their 1975 duet "Blueberry Wine," felt pre-destined. Their voices fit together as tightly as Harris's did with Gram Parsons', and you could hear the smiles and hugs between the songs.

Similarly, it is no surprise that Harris and Crowell have followed the Grammy Award-winning Old Yellow Moon with a second set of duets, given the success of the 2013 release and the sparks that flew during their joint tour -- many of which were struck by Australian guitarist Jedd Hughes, who is all over this record.

What is surprising is how flat The Traveling Kind sounds compared to Old Yellow Moon and Crowell's brilliant (and overlooked) 2014 album, Tarpaper Sky. The original material -- a total of nine songs -- is not as strong or as engaging, and the bonhomie between the two principals seems a bit forced.

But the major issue is Harris's role, and the way that producer Joe Henry and engineer Justin Niebank mixed her voice. It speaks to a knotty problem related to Harris's career.

It took a long time for her to move beyond the long shadow of Parsons after his fatal drug overdose in 1973. Even with hits of her own with the Hot Band, she was often portrayed as the gorgeous former harmony vocalist, mourning the loss of her doomed mentor/boyfriend. Her decision to surround herself with other charismatic Southern alpha males like Crowell and Ricky Skaggs, and spend as much time as she did providing background vocals, did not help. It was not until she teamed with Canadian producer Daniel Lanois for her genre-bending 1995 gem, Wrecking Ball, that she fully established herself as a star in her own right. Follow-up solo albums like Red Dirt Girl and Stumble into Grace, both of which showcased her own compositions, moved her further into the spotlight. For someone who sounds so assured and distinctive on her own solo recordings, it is odd to hear her reduced again to little more than vocal color on much of The Traveling Kind.

The most prominent example of how this sounds like warmed-over Old Yellow Moon is Crowell's "If You Lived Here, You'd Be Home Now." The title should be a clue. One of the most intelligent and erudite lyricists in contemporary country music, Crowell seldom stoops to using anything as lame as a hackneyed real estate slogan as a hook. Designed as an old-fashioned honky-tonk duet, the piece lacks the charm and fire of the best performances by country's leading male-female teams. 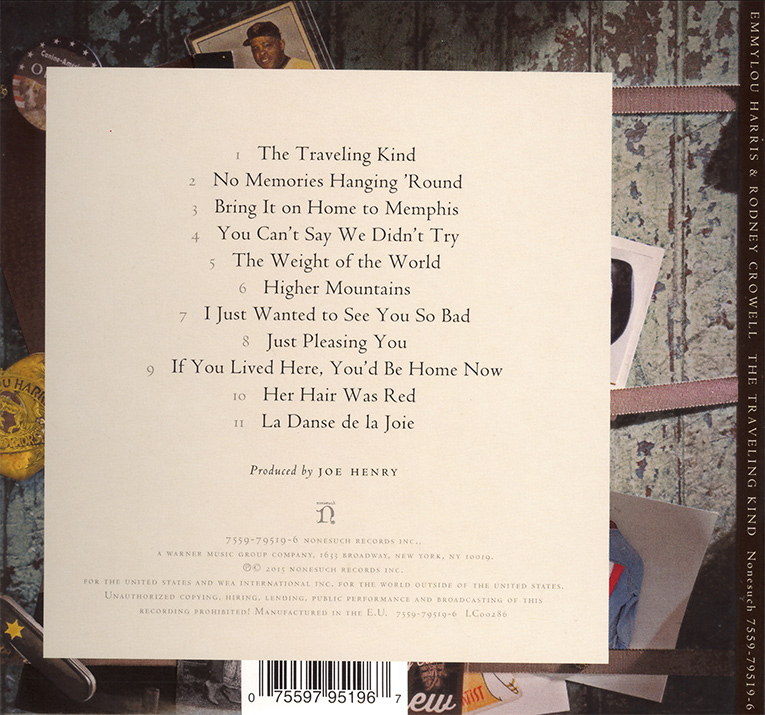 On "The Weight of the World" and "Just Pleasing You" Crowell carries the mail, while on "Bring It on Home to Memphis" Harris's role is to deliver a clumsy-sounding spoken-word bridge. She does get two solo features -- "Higher Mountains," written by Crowell and Will Jennings, and Amy Allison's "Her Hair Was Red," but they seem oddly placed on an album of duets.

A cover of Lucinda Williams's early "I Just Wanted to See You So Bad" has none of the lust and breathless wonder of the original, and it is a song that does not lend itself to being sung as a duet; it is, after all, a song about someone giving themselves to a near-stranger. It has nothing to do with equality.

Crowell's "No Memories Hanging 'Round" really hits the mark, with compelling fiddle accompaniment by Larry Franklin and fabulous, soaring vocal work on the final chorus. The only other pieces that stand up to the best of Old Yellow Moon bookend the album -- the self-referential title song and the charming "Le Danse de la Joie," a Cajun-influenced piece that casts Crowell and Harris as an aging-but-still-randy couple alone in their kitchen with some dance music and a favorite biscuit recipe.

While the way Harris's voice is placed in the mix is likely an artistic decision, the overall sound seems more like a lack of thorough thinking. While the instrumental and vocal placement sounds pleasant enough on headphones, it creates an overly boomy result when played through speakers at a volume suited to honky-tonk duets.