Ted Kooshian: "Clowns Will Be Arriving"

I have to admit that it was the cover of this CD that called to me. It seemed to say, "Play me first." I expected some sort of circus music, and it was there, but not until the clowns had already arrived on tracks 2, 3, and 4. Truth be told, this exceptionally amiable jazz set is about Ted Kooshian's nostalgia, which includes not only clowns but other fun memories too. This is a guy who still remembers the pleasures of boyhood. I relate. 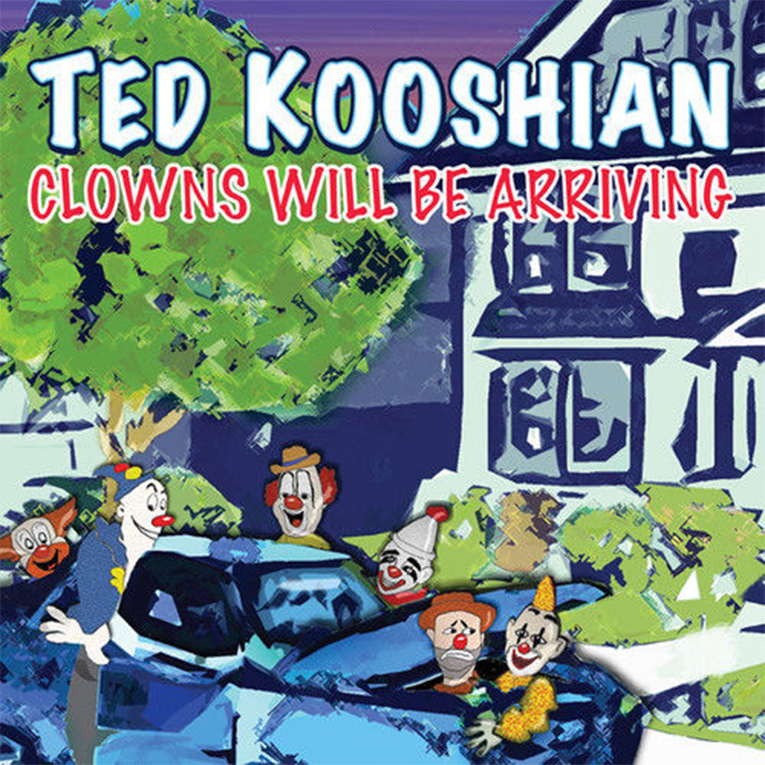 The songs fall into groups. There are actually two songs about clowns -- the title song, written by Kooshian, and "Three Clowns" by Wayne Shorter. Another clown shows up in the song "Koko," inspired by Max Fleischer's Out of the Inkwell cartoons. Other songs in this category include "Porkypine," in honor of one of my own comic-strip heroes, Walt Kelly's Pogo, and "Ignatz," a "tribute to the character in George Herriman's Krazy Kat comic strip."

Another category is that of slightly off-center, cult television shows -- Hugo Montenegro's "I Dream of Jeannie," Lalo Schifrin's "Mannix," Irving Szathmary's "Get Smart," and John Williams's (then writing as Johnny Williams) "Lost in Space." Thrown into the mix without a category are Hoagy Carmichael's "Skylark," Kooshian's "Christmas Day, My Favorite Day," and Dan Hicks's "I Scare Myself." And to close this trip down memory lane, what else but Leigh Harline's "When You Wish upon a Star," from my own favorite animated film, Pinocchio.

"Koko" is the number that gets a dazzling circus treatment, with a few familiar tunes thrown in. The rest are performed in affectionate arrangements that are simply fun. Kooshian is the keyboard player throughout on piano and electronic keyboard. Joining him is saxophonist Jeff Lederer, who can make playing filigree scales sound like fun, whether on soprano, tenor, or flute. Mat Jodrell is a solid trumpet player, and the various combinations of bass and drums are all stellar. The players are seasoned professionals, and they play like it.

The recorded sound has lots of presence and is pretty close-up without being overly aggressive. There is a lot of width to the soundstage and moderate depth for the drums. Those parameters work for this collection.

Clowns Will Be Arriving is an upbeat, fun collection that's easy on the ear. If you need something substantial yet fun to chase the blues away, this is the album.

Be sure to listen to: The bowed and plucked bass work on "Skylark" from Morrie Louden is simply outstanding. After you hear the song once, play it again and listen to just the bass line.