"The Comfort of Strangers"

Terror Lurks in the Shadows of Venice

In The Comfort of Strangers (1990), Colin (Rupert Everett) and Mary (Natasha Richardson) are on holiday in Venice, trying to define their relationship. Mary wants a firmer commitment; Colin is happy with the loose arrangement they’ve had so far. In early scenes, they frankly address their differences -- or rather, Mary addresses, Colin deflects. Seemingly by accident, they run into a married couple, Robert (Christopher Walken) and Caroline (Helen Mirren), who live in a luxurious, Byzantine-style apartment. Robert tells them much of his history and acts as a tour guide; Caroline’s part in this story grows more gradually. 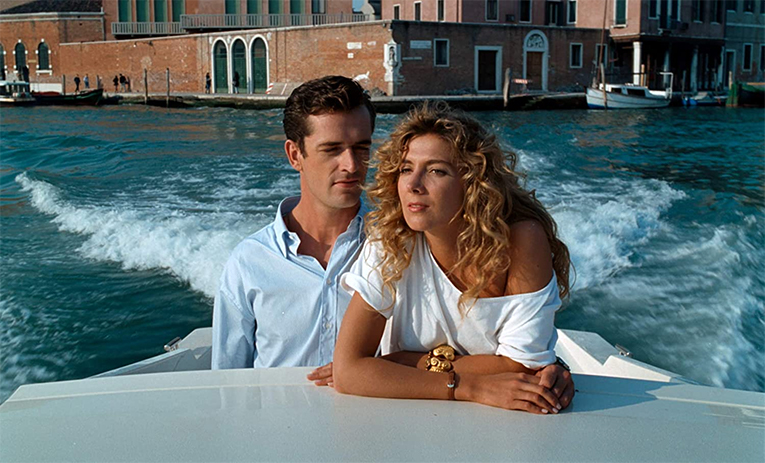 In Harold Pinter’s screenplay, based on the novel by British writer Ian McEwan, we are made aware from the beginning that odd things are afoot. In the opening scenes we get glimpses of a man dressed in white who then turns up repeatedly, always ensuring that Colin and Mary never see him. The narrative begins to be interrupted by black-and-white stills. At one point, the couple ask two women to take their photo. As soon as the face-on snap is taken, we’re shown a black-and-white photo of Colin and Mary taken at the same instant -- from the side. Someone is stalking them. Their later meeting with Robert begins to seem less and less a chance encounter.

The Comfort of Strangers has a dreamlike quality, the smoothly gliding camera underscored by a lush score by composer Angelo Badalamenti, who does here for director Paul Schrader what Pino Donaggio did for Brian de Palma in such films as Carrie and Dressed to Kill: create a false sense of beauty and romance. 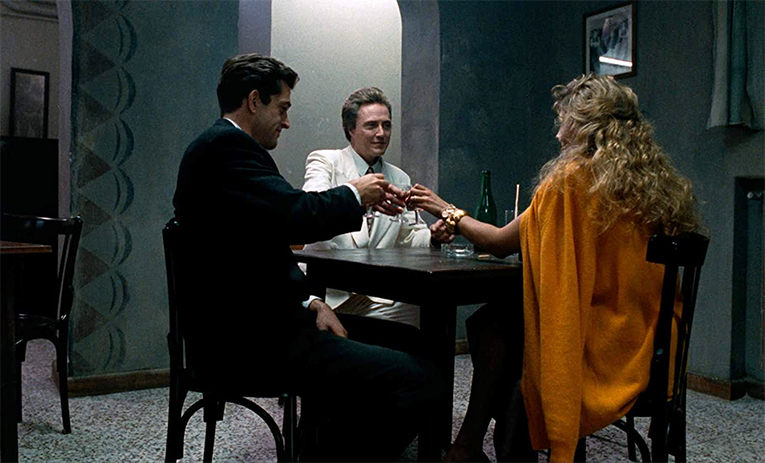 Increasingly, however, the jolts become less hints than alarms. Robert sucker-punches Colin, and Caroline reveals, with understated but clearly malevolent pride, that she watched overnight guests Colin and Mary sleeping for half an hour. But to tell more would only spoil the suspense.

Though the four actors portraying the two couples turn in standout performances, The Comfort of Strangers is ultimately less than the sum of its parts. Nonetheless, Criterion has treated it like the classic of all classics. The video transfer of Dante Spinotti’s cinematography is close to perfection. The often muted colors are rich, with tangible texture. The many shadows that give the film its atmosphere of noir are clearly defined, with abundant detail. The sound is very good for mono of the period. All the dialogue is intelligible, and the music has good presence if modest frequency response. 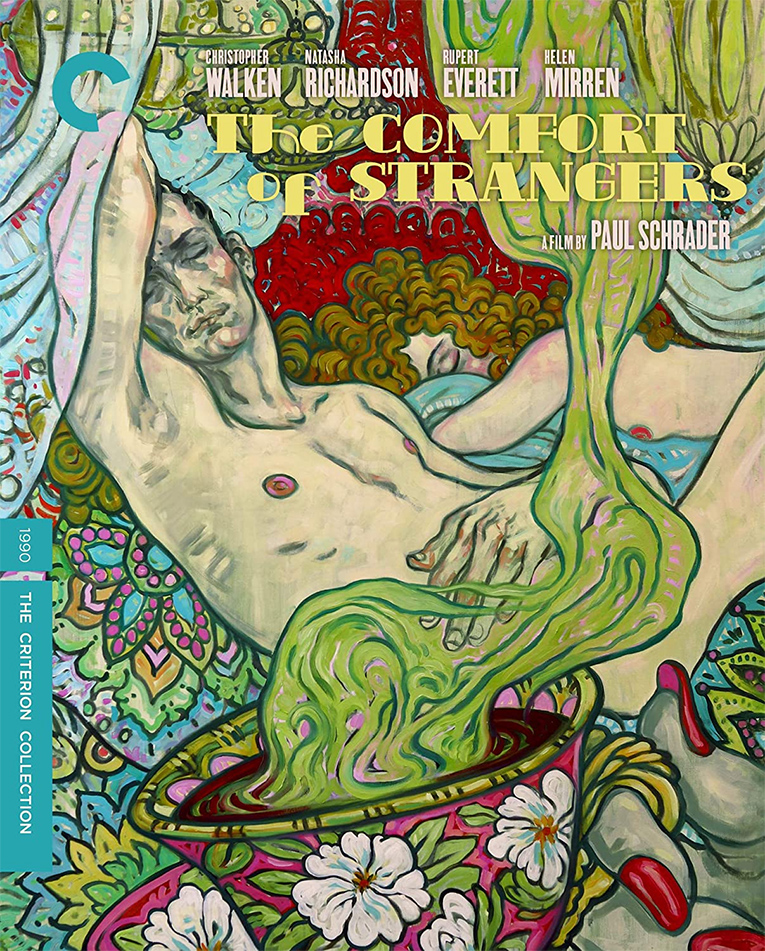 Though The Comfort of Strangers is not entirely successful, there are scenes that might prove unforgettable, and the performances of all four principals are top-notch.

Be sure to watch for: The closing shot, which transitions from slow-motion to real time as dream becomes reality.