In these weeks and months following the death of George Floyd, we’ve heard a lot about prison reform and police brutality. The issue has been around a while -- witness this 1947 film from director Jules Dassin and producer Mark Hellinger. But there’s a huge difference between the prison-reform controversy of the 1940s and today’s: Few Black faces are seen among the prisoners in Brute Force, who are mostly white. The themes, on the other hand, are all too familiar.

Brute Force is different from most prison movies in that it is also an excellent film noir. The four flashbacks revealing how the inmates of Cellblock 17 have become imprisoned for relatively minor crimes are presented in noir style, and also serve to bring to the screen four attractive actresses: Yvonne De Carlo, Ann Blyth, Ella Raines, and Anita Colby. Otherwise, the focus is on the men inside, first as they plot an escape, and the aftermath of that attempt. They’re led by Joe Collins (Burt Lancaster), outwardly tough but with a soft, sensitive center. Square of jaw and supple of frame, Lancaster is ideal in the role, which he performs with great power and sensitivity. 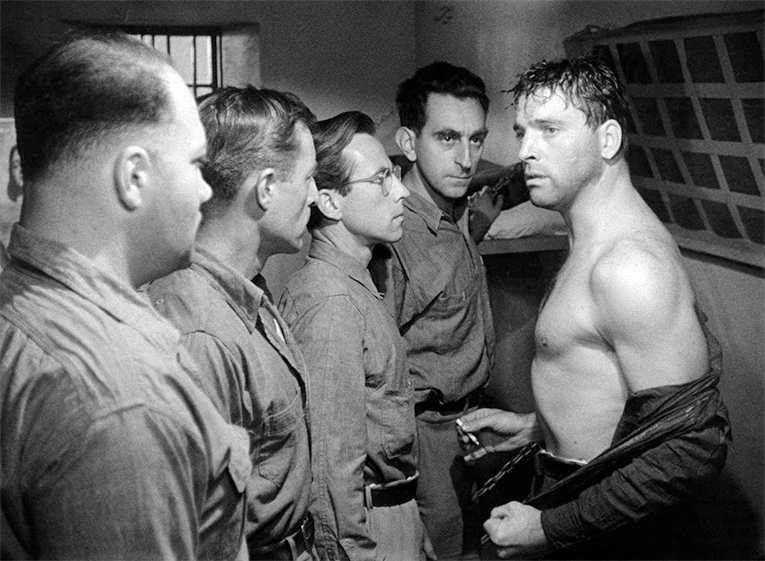 Westgate Prison’s weak-willed warden, A.J. Barnes (Roman Bohnen), leaves the discipline up to Captain Munsey (Hume Cronyn), a chilling villain who could smile while twisting a knife in your back. Cronyn plays Munsey brilliantly, his torture weapon of choice a hosepipe. He’s that bad guy you love to hate.

Not all the mischief comes from the guards and officials. The prisoners deal violently with problems among themselves, especially stool pigeons -- early on, they force one suspected snitch to fall under a hydraulic press.

The screenplay, by Richard Brooks, is intelligent and to the point. The photography of William H. Daniels is sharp, crisp, and incisive, and Miklós Rózsa’s orchestral score crackles with suspense. The film’s pace builds steadily to a dramatic conclusion in which, in the noir tradition, good and bad guys alike get their comeuppance. 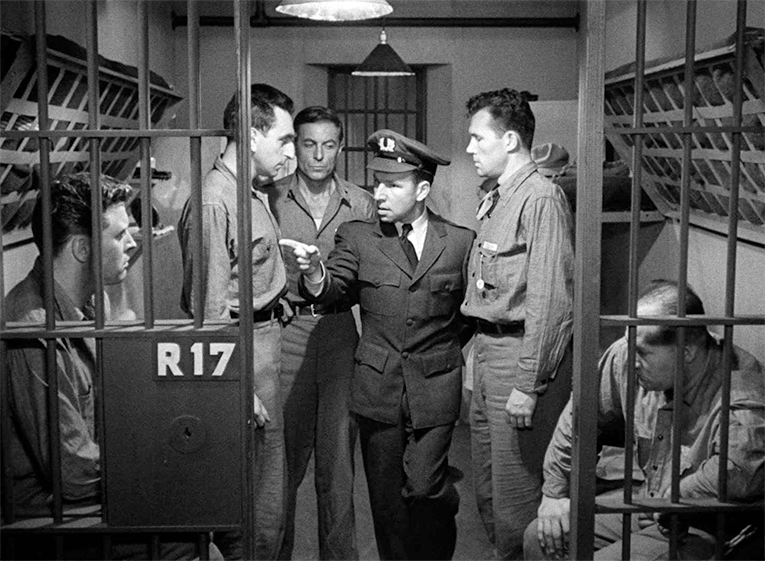 The Criterion Collection’s BD edition is a new 4K transfer made by TLEFilms Restoration and Preservation Services. Images are crisp and clean, with ideal contrast: blacks are really black, grays really gray. When present, whites are bright, but the overall look and mood are dark and somber. Apparently, this transfer was exceedingly difficult to make -- four different original sources had to be used, in a process described in onscreen title cards that precede the film. As for the soundtrack, the dialogue is very good, while the music is generally clean if a little compressed, as was typical of the era.

The few extras are very good, led by a breezy and informative commentary by film-noir scholars Alain Silver and James Ursini. There’s an interview with Paul Mason, author of Captured by the Media: Prison Discourse in Popular Culture, and a featurette by film scholar David Bordwell on the acting styles seen in Brute Force. There’s an unrestored original trailer, and some very sharp and crisp still photos. The accompanying booklet offers “Brute Force: Screws and Proles,” a wandering, self-consciously written essay by Michael Atkinson that I found confusing. Reprinted in the booklet is a fascinating profile of producer Mark Hellinger, excerpted from an article by columnist Pete Martin that was published in a 1947 edition of The Saturday Evening Post. Also included are correspondence between Hellinger and Joseph Breen, head of the Motion Picture Association of America Production Code Administration, which makes clear that, brutal as it is, Brute Force would have been even more so had Hellinger had his way. 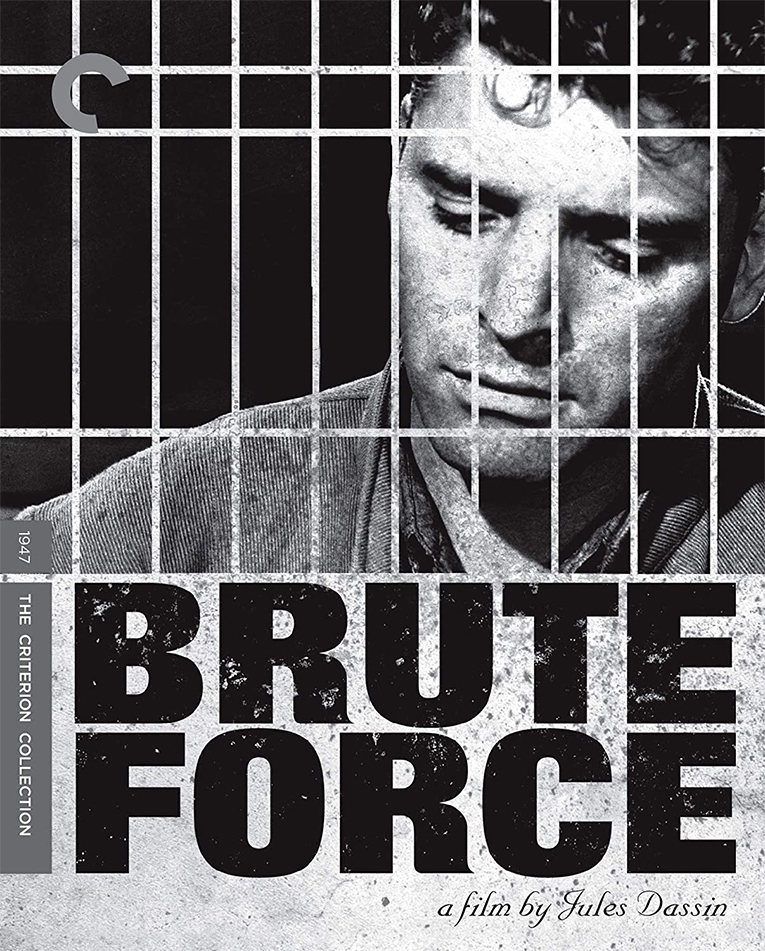 Brute Force is a tense, absorbing, entertaining film noir that proves that prison reform and police brutality have been with us an awfully long time. Hopefully, the present furor will inspire real reform -- though so little has changed in the 73 years since this film’s release that one wonders if that’s even possible.

Be sure to watch for: The opening shot, from under the prison tower with rain cascading down, is foreboding. Rain continues throughout the opening scenes -- the combination of images and the excellent audio effects chill the viewer to the bone.