"The War of the Worlds"

H.G. Wells’s science-fiction novel The War of the Worlds was first serialized in Pearson’s Magazine in 1897, and published in hardcover by William Heinemann the following year. In the 122 years since it has appeared in numerous versions, including several films. But the 1953 version directed by Byron Haskin and produced by George Pal, though freely adapted from Wells’s story, has proven the most iconic and durable. Nearly 70 years after its release, The Criterion Collection’s bang-up edition informs us that it’s a classic that will remain in the repertory. 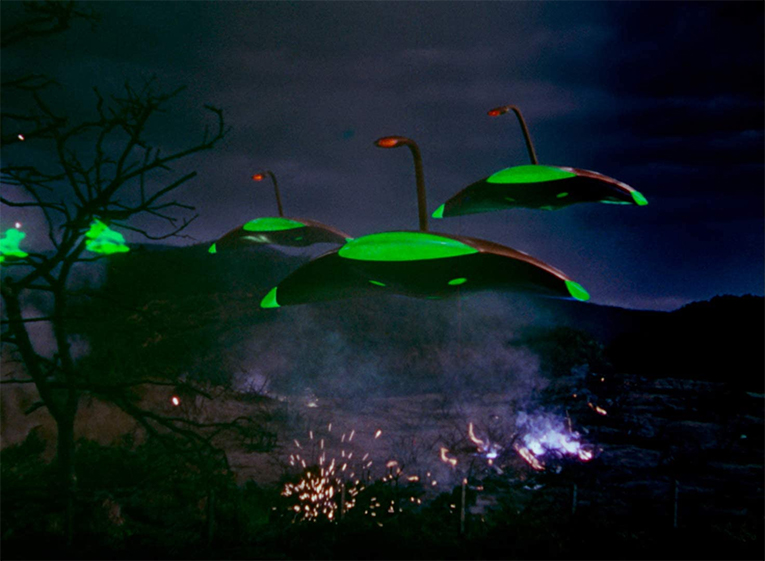 The main characters are nuclear physicist Dr. Clayton Forrester (Gene Barry) and budding science prodigy Sylvia Van Buren (Ann Robinson), whose main duties seem to be serving donuts and looking terrified. Pal deliberately cast unknowns -- this was only Barry’s third film -- as the real stars were the magnificent special effects, for which the film won an Academy Award. In that pre-digital era, everything was achieved with miniatures, matte paintings, and camera tricks. Even by today’s standards, it looks amazing.

Criterion has made it even more so. This edition, based on a 4K transfer of a three-strip Technicolor print, captures all the vivid primary colors as well as more nuanced ones. The shadow detail is perfect -- I saw things in the shadows I’d never noticed before. This is especially effective in the scene in which Clayton and Van Buren take refuge in a deserted farmhouse, only to be attacked by a Martian in the flesh. The scene is beautifully lit, and Criterion has restored it perfectly.

There’s also a brand-new surround mix by Ben Burtt and Skywalker Sound. The film was originally released with a three-channel mix in a technology developed by Western Electric Recording, but few theaters were then equipped to reproduce it. Burtt’s 5.1-channel version was built from magnetic tracks, some monaural cues of Leith Stevens’s original score, and archival sound effects. Purists might scoff, but I found the soundtrack magnificent. There’s a lot more bass -- your subwoofer will get a good workout -- and surround cues that make the battle scenes more exciting. After hearing this carefully-thought-out revision, the original monaural track seems anemic, and not up to supporting the spectacular visual effects. 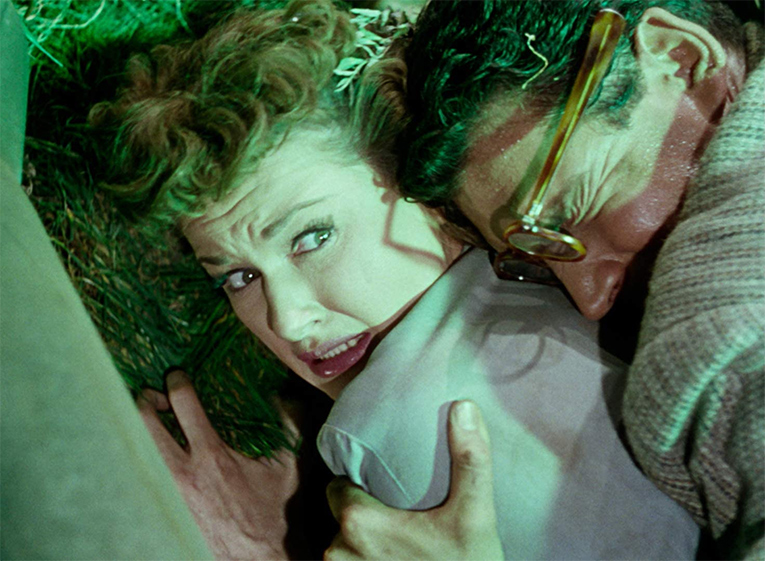 The extras are as good as one could hope. There’s a breezy, informative commentary track with film director Joe Dante, film historian Bob Burns, and Bill Warren, author of the immense, exhaustive Keep Watching the Skies! American Science Fiction Movies of the Fifties (1040 pages). All three display an undeniable love for The War of the Worlds, and talk enthusiastically about its inner workings. Movie Archaeologists, a fascinating exploration of the film’s then-cutting-edge sound and video effects, features Burtt and Craig Barron, the latter the visual-effects supervisor for this edition. The two deconstruct one famous scene and put it back together. Great fun, and enlightening.

From the Archive finds Burtt, Barron, and Paramount Pictures archivist Andrea Kalas describing the film’s restoration. The Sky Is Falling is a period look at The War of the Worlds. Also included is Orson Welles’s infamous 1938 radio version of Wells’s novel, followed by the recording of a discussion between Wells and Welles broadcast in 1940 -- the only time the two met.

Topping it all off are an audio interview with George Pal from 1970, in which the Hungarian-born director proves exceptionally witty, and a printed article by film critic J. Hoberman that thoroughly explores Pal’s career and the Cold War era of the atomic bomb. 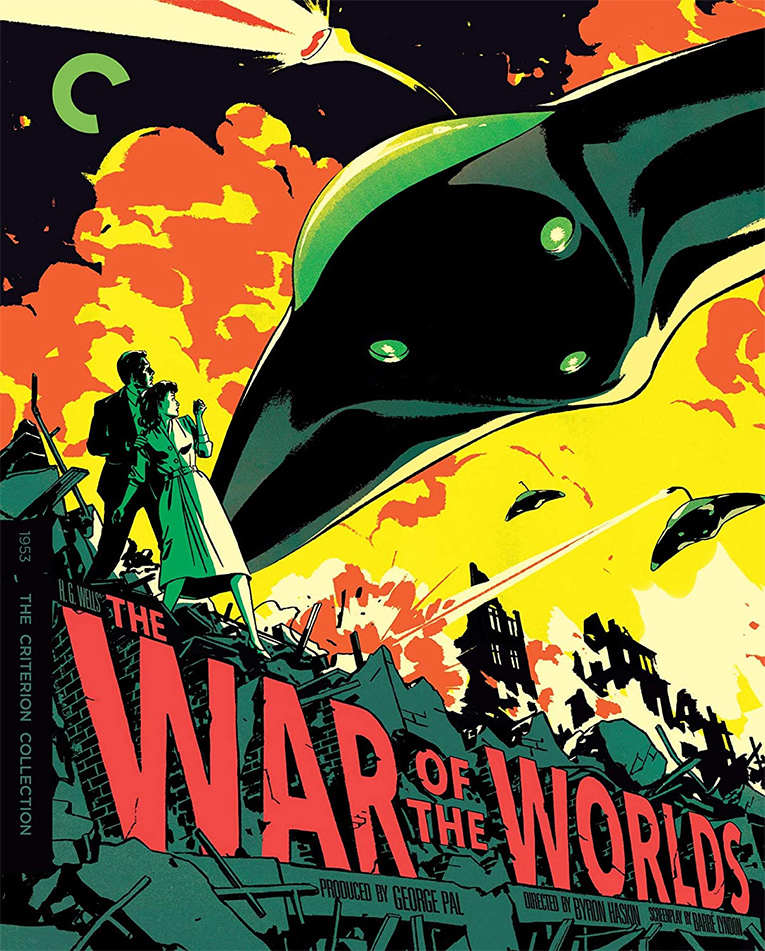 This edition of The War of the Worlds is a wonder to see and to hear. Its special effects hold up very well, even when measured against current digital techniques; and the rapid pacing, by director Haskin and editor Everett Douglas, makes for exciting viewing. Now that The Criterion Collection has evinced an interest in classic sci-fi, might I suggest The Thing from Another World (1951), which is in sore need of restoration?

Be sure to watch for: References to Paramount Pictures throughout the film. At the beginning, which film is playing at the town theater? Which Hollywood star under contract to Paramount appears on a billboard?