"A Matter of Life and Death"

A Blu-ray Gem from Criterion

Released in 1946 in the UK as A Matter of Life and Death and in the US as Stairway to Heaven, this postwar film is a unique jewel of cinema that operates on many different levels and succeeds on all of them. Its creators, Michael Powell and Emeric Pressburger, who together wrote, produced, and directed it, had been approached by Jack Beddington, head of the UK Ministry of Information’s film commission, to make a movie that would soothe the frayed feelings between the UK and the US at the end of World War II. This genius partnership came up with A Matter of Life and Death, which, below its surface of romantic comedy, explores more serious matters.

As Royal Air Force pilot Peter Carter (David Niven) plummets to Earth in the flaming cockpit of his plane, he’s talking to American radio operator June (Kim Hunter), reciting poetry and guessing about an afterlife. He then bails out without a parachute -- yet somehow survives. Later, Peter finds June, and they fall in love. Their story is sweet and powerful, the actors displaying perfect chemistry. 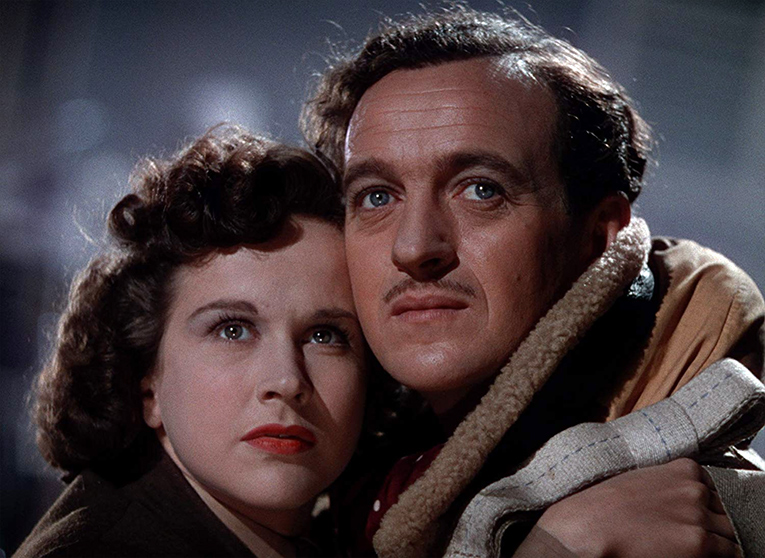 But in an Other World -- Heaven? -- the powers that be declare that Peter’s survival was a mistake: he should have gone down with his plane and died. To retrieve the errant airman they send Conductor 71, a French aristocrat who lost his head in the French Revolution, played by a delightfully over-the-top Marius Goring. Peter protests that he’s fallen in love and therefore should be allowed to remain alive on Earth. The Other Worldly powers decide to hold a trial, in which Peter must defend his right to live.

The film is so constructed that the more supernatural elements can be taken literally, or as hallucinations caused by what was then called shell shock and is now understood as post-traumatic stress disorder -- on Earth, Peter has made the acquaintance of Dr. Reeves (a very lively Roger Livesey), a brain surgeon who believes that, to be rid of his hallucinations, Peter must go under the knife. The Earthly and Other Worldly scenarios are played against each other most successfully. In the trial, the prosecution is represented by an anti-American hero of the Revolutionary War, Abraham Farlan (Raymond Massey), who explores the differences between the British and the Americans, and concludes that they’re more alike than disparate.

At the time, the film’s special effects were legendary. The main one is the miles-long escalator between Earth and the Other World, which prompted the film’s US title. Earth and the Other World are differentiated not only by décor and special effects but by color. The scenes on Earth were filmed in gorgeously saturated three-strip Technicolor; the scenes in the Other World were shot in black and white on only partially developed Technicolor stock, which gives them a pearly luster. (In one of the funnier lines, Conductor 71 quips, “One is starved for Technicolor up there.”) The slow dissolves between color and B&W and back again are tremendously effective in contributing to the film’s fantasy aspect. According to the information in Criterion’s accompanying booklet, many hours of were required to restore these scenes properly -- the surviving footage was in bad shape. 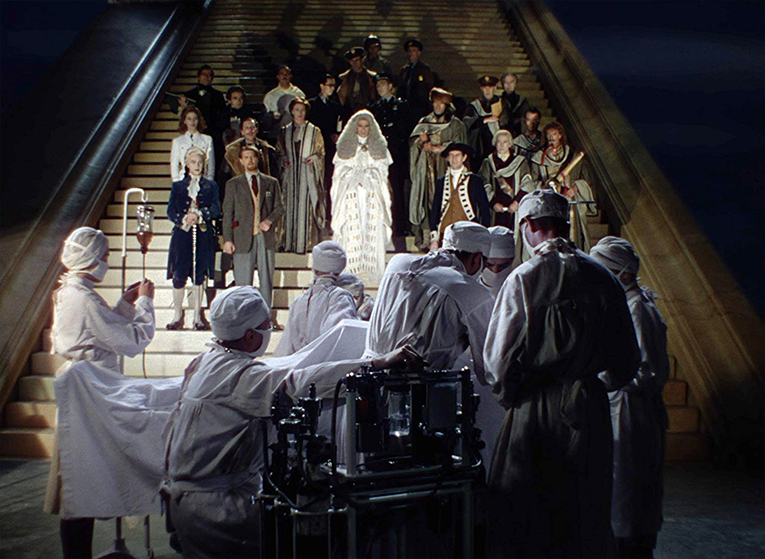 Sony Pictures Entertainment did a splendid job of creating a 4K transfer, and Criterion has lovingly transferred it to BD. The color sequences are rich and full, with colors best described as vibrant. Wood tones are particularly impressive, as are the many flowers dotting the landscape. The B&W sequences are crisp and clean, as we’ve come to expect from Criterion. The restored soundtrack is very good for its age.

The bonus materials are examples of what film extras should be. An in-depth, screen-specific commentary by film scholar Ian Christie strikes just the right balance of entertainment and education. Powell’s widow, Academy Award-winning editor Thelma Schoonmaker, who has edited every Martin Scorsese film since Raging Bull, gives an exciting and loving portrait of her husband’s work that sheds great light on his methods, ideas, and techniques. Scorsese shares his own opinions of A Matter of Life and Death. 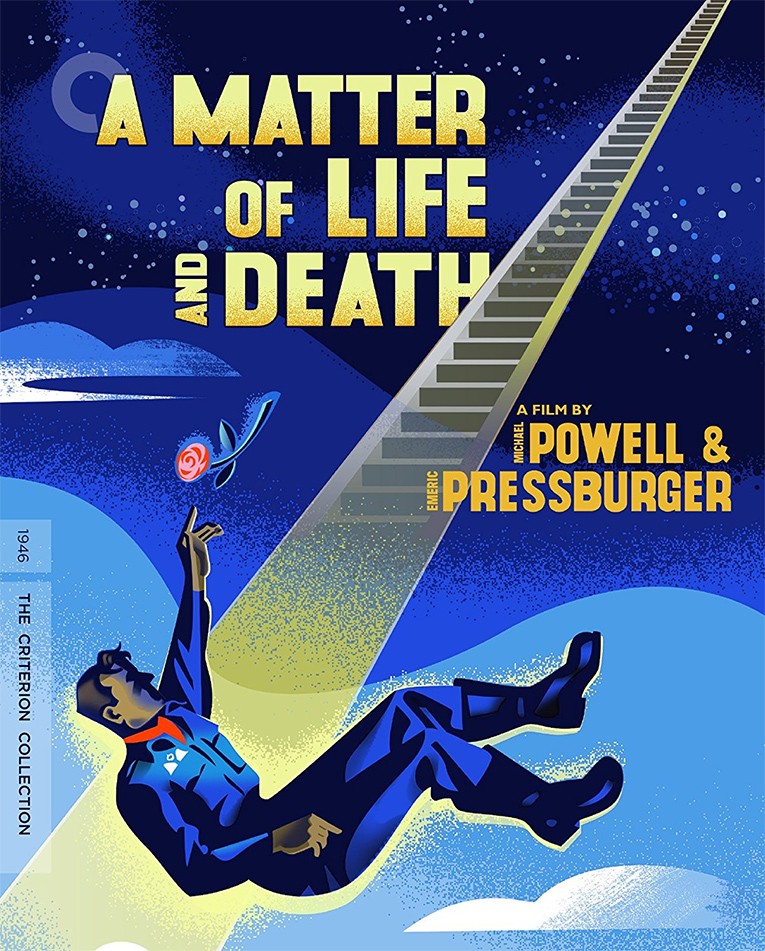 There are also documentaries on the film’s special effects and use of color saturation. A 1998 short features cinematographer Jack Cardiff reminiscing about his work on the film, his first full-length professional assignment. There’s also a curious biographical segment of The South Bank Show in which Powell is interviewed and shown in character on his various movie sets. You’ll find an interesting comparison of the damaged print with its restoration and, last but not least, an easy-to-read appreciation by Time film critic Stephanie Zacharek.

If you haven’t seen this film under either of its titles, you’ve missed one of the greatest “little” films ever made. If you have seen it, your eyes and ears will be opened wider by this ultimate transfer. Would that all films received this kind of special treatment -- but then, not all films are this special.

Be sure to watch for: Of the slow dissolves, none is more beautiful and hypnotic than the close-up on Conductor 71’s lapel flower as it slowly, miraculously turns from black-and-white to brilliant color.