Kathleen Conklin (Lili Taylor), a philosophy student, is walking home from school down a menacing New York street when she’s dragged into an alleyway by a tall, elegant woman named Casanova (Annabella Sciorra). Casanova bites her on the neck, and Kathleen’s life begins to drastically change. She develops a taste for blood, an aversion to sunlight, and amazing strength. She meets Peina (Walken), who drains her of an enormously large amount of blood -- but she bounces back to host a bloody graduation celebration that makes the Red Wedding scene in Game of Thrones seem like the tea party in Alice in Wonderland.

Former addicts will appreciate writer Nicholas St. John’s insights into the world of addiction. When Casanova seduces Kathleen, she looks her straight in the eye and says, “Tell me to go away.” This is an allegorical moment in which the addict can deny the addiction; giving in for the first time sets up a chemical reaction that demands more and more -- in this case, for more and more human blood.

When Kathleen, almost entirely drained of blood by Peina, staggers into the street, she’s befriended by a stranger who picks her up to carry her to safety. Kathleen thanks him by biting him on the neck, the addict in her more desperate for a quick fix than in getting actual help. 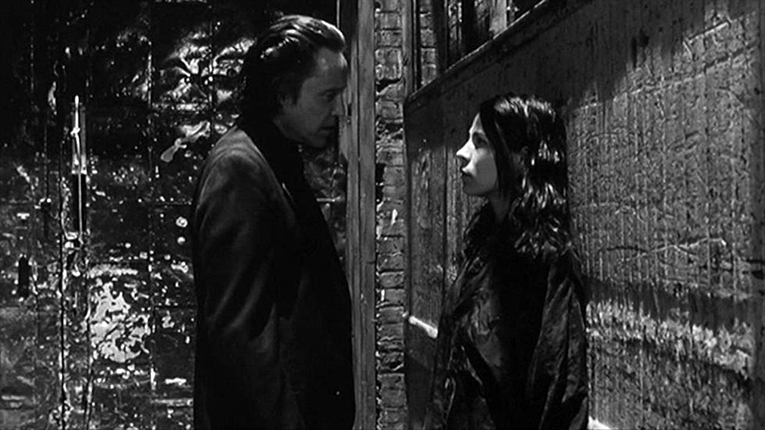 Walken, a master of the grotesque, plays Peina with menacing assurance, but it’s Taylor who makes this movie run. Seen most recently on television in American Crime in a stunning arc as the mother of a gay teenager who’s coming out, Taylor proves here to have already had superior acting chops when still quite young. Her transformation from student to vampire is subtle, effective, and disturbing, and she’s onscreen 95% of the time -- her metamorphosis is thoroughly worked out and thus all the more convincing. What an acting feat!

The Addiction’s credits reveal other names that are now quite familiar: Edie Falco, Kathryn Erbe, and Michael Imperioli. It’s interesting to see these top-notch actors working at the dawn of their careers.

Almost destroyed by years of neglect, The Addiction has been lovingly restored by Arrow Films. The original 35mm movie has been brought up to current standards. All dirt and flecks are gone, and the contrast in this mostly dark film has been knowingly and professionally corrected. The quality of the sound -- both the dialogue and some really weird rock music by Schooly-D, Onyx, and Cypress Hill -- is very good. 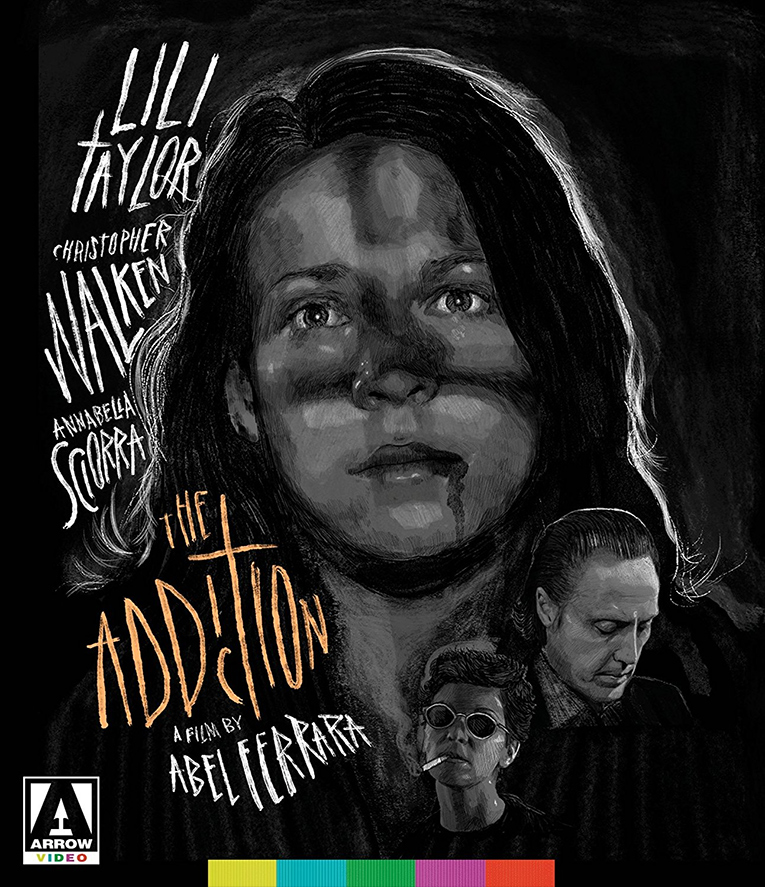 Extras include a commentary by director Ferrara, and interviews with him and with Walken and Taylor. There’s also an appreciation by film critic Brad Stevens. Ferrara was apparently recorded while watching the film for the first time in quite a while -- much of his commentary is self-congratulatory. He may have been stone-cold sober, but sounds as if he was high on something.

The Addiction is not just another low-budget vampire movie. It takes a different approach to vampirism, and though it doesn’t always succeed, it’s always thought-provoking, and Arrow Films has done well by it.

Be sure to watch for: In this black-and-white film, blood looks dark and blackish -- like the dark chocolate it is.