Is the Hero of Ernst Lubitsch’s Comedy Hellbound?

You’d think most people would try to avoid spending the afterlife in Hell, but Henry Van Cleve (Don Ameche), after ruling out admittance to Heaven in his own mind, is afraid he won’t be accepted as a denizen of the lower depths. His Excellency the Devil (slyly played by Laird Cregar) asks him to recount his life on Earth, including the women Henry has known. And that’s the basic story of director Ernst Lubitsch’s Heaven Can Wait (1943): Henry Van Cleve’s birth, coming of age, and adult years. Scenes in Hell occur only at beginning and end, to frame a tale told as one long flashback.

Henry wants to be a bad boy but isn’t very good at it. His first transgression, as a teenager, is to accept a glass of wine from his French tutor, Mademoiselle (Signe Hasso). Later, he steals Martha Strabel (Gene Tierney) away from his cousin, the prim and exceedingly proper Albert (Allyn Joslyn). When she leaves him to go home to her parents, the Strabels, played delectably over-the-top by Marjorie Main and Eugene Pallette, Henry regains Martha by stealing her away again. 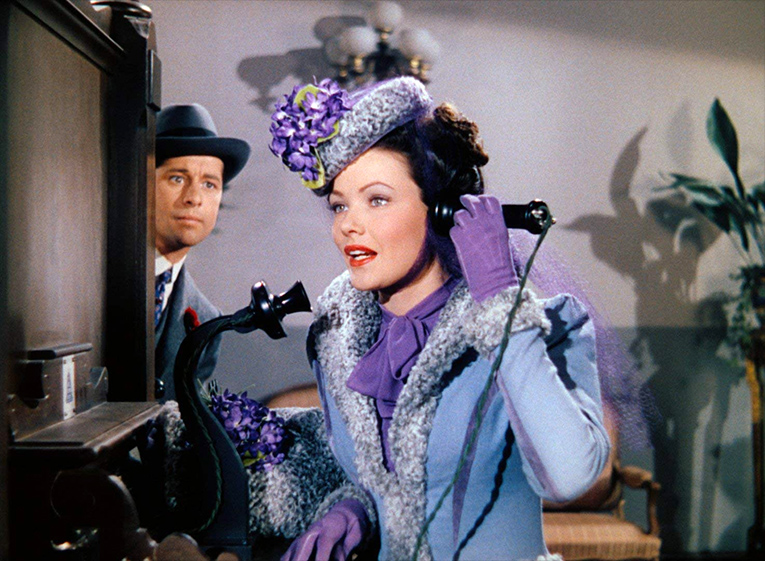 What holds this all together is the succession of Henry’s birthdays, as we drop in and out of his life with each annual celebration. Many years go by, including the eras of two world wars and the Great Depression, but none of that is ever mentioned in the witty script by Samson Raphaelson, a frequent collaborator of Lubitsch, based on the play Birthday, by Lazlo Bus-Fekete. Instead, we sense the passage of time through changes in fashion and décor, and by losing one character with each shift of year. Thank goodness Henry’s grandfather, Hugo Van Cleve (Charles Coburn), survives most of it -- he’s the comic center and moral compass in all these affairs (pun intended).

The use of color in this early Technicolor film also changes throughout. The first half is mainly and outrageously blue. We’re liable to see a wall papered deep blue competing for attention with Martha’s deep-red dress, or the salmon tweed Henry wears as a boy. I can’t think of a period piece with hotter color values. As the film nears its conclusion, the colors gradually become less intense until they approximate something we might consider normal. 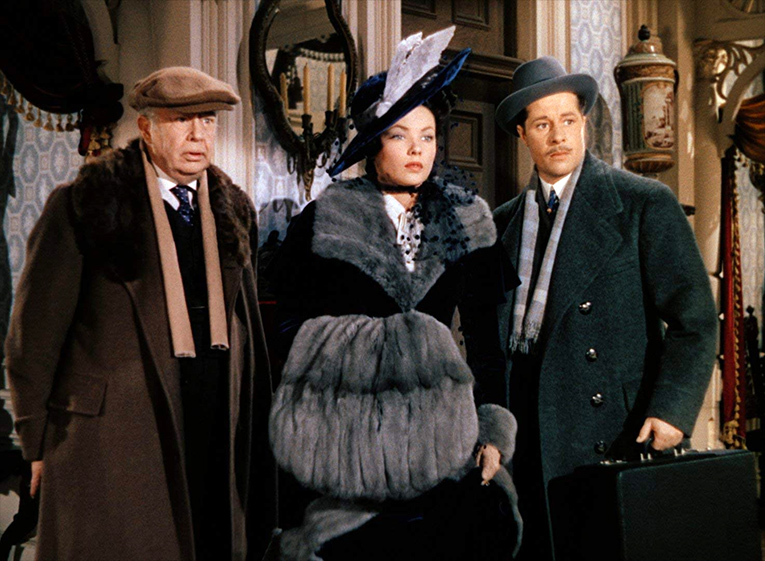 All of the film’s color palettes are beautifully handled in Criterion’s 4K transfer of this new restoration by 20th Century Fox and the Academy Film Archive, in collaboration with The Film Foundation. The images are crisp, with no visible tears, rips, or other glitches. The soundtrack is pretty good for 1943 monaural -- the dialogue is clean and understandable, and the music, by Alfred Newman (Randy Newman’s uncle), is quite good.

Extras include a discussion between film critics Molly Haskell and Andrew Sarris, who both seem to genuinely love this romantic comedy. An episode of Bill Moyers’s Creativity explores the life and career of Samson Raphaelson, and the screenwriter is also upfront in a radio interview conducted by film critic Richard Corliss that includes a Q&A with an audience. There are also home recordings of Ernst Lubitsch playing the piano, and a printed essay by film scholar William Paul. 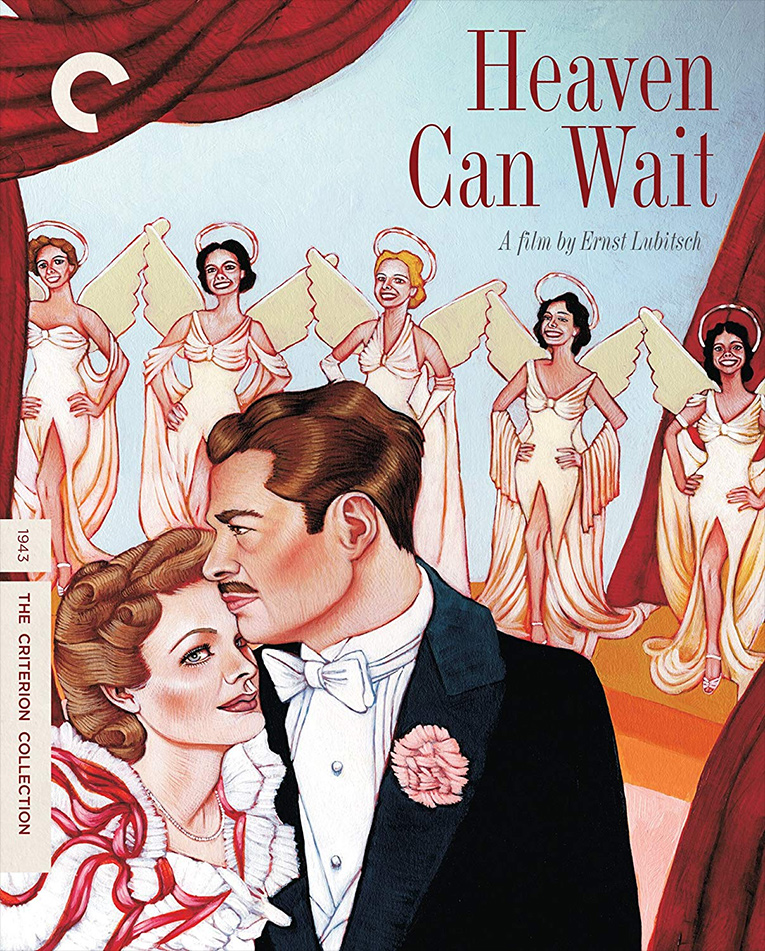 Heaven Can Wait seems to beg the question: How bad must a philandering bad boy be before he’s either shut out of or admitted to Hell? Did Henry make it, or was he sent . . . elsewhere? You’ll have to watch this delightful film to find out.

Be sure to watch for: Heaven Can Wait has many colorful scenes that include the French maid, but I like chapter 3, in which she’s hired. The walls and upholstery, and the dress worn by Henry’s mother (Spring Byington), are all clashing shades of blue, against which the maid’s deep red dress stands out like a sore thumb. The contrast must be intentional -- all the skin tones are perfectly realistic.