Universal Pictures, wanting to capitalize on Whiteman’s popularity, signed him in 1929 to make a feature film. John Murray Anderson, a director and producer of extravagant Broadway shows, was hired to direct what turned out to be his only film. No expense was spared, and the movie cost $2 million in 1930 dollars -- $29 million today! 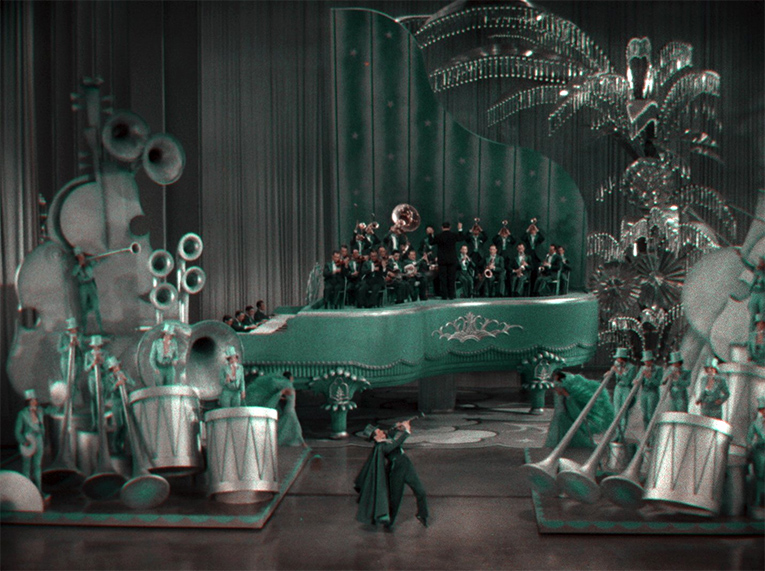 In fits and starts, the idea evolved from a dramatic feature to something more like a vaudeville review. King of Jazz is structured like a variety show, with musical numbers, comedy acts, and dance extravaganzas, and all the performers play themselves. A youthful Bing Crosby is on hand as one of the three Rhythm Boys, Walter Brennan shows up in a few comic sketches, and the Russell Market Girls -- soon to become the Rockettes, of Radio City Music Hall -- dazzle with their virtuosity. The rest of the performers, ranging from excellent to amazing to sensational, are largely unknown today. Hopefully, this restored version of King of Jazz will reintroduce them to a new generation.

King of Jazz was not only an early sound film -- it was one of the first movies released in two-strip Technicolor. The two colors used were red and green -- even in the Rhapsody in Blue sequence, the color palette is less blue than silver and teal. But this doesn’t take long to get used to, and it suits the film’s opulence more than black-and-white would have. 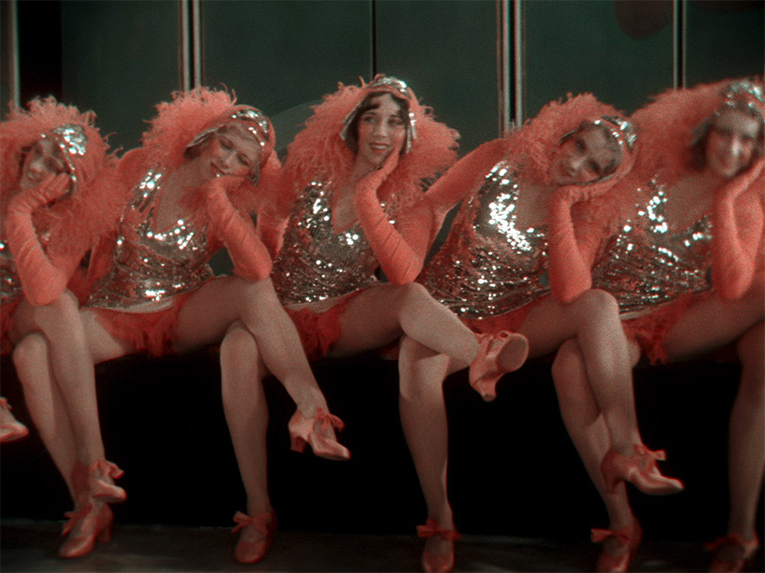 The restoration, by Universal/NBC, is devoid of jitter, specks, or other sorts of damage; the few feet of footage that could not be restored are filled with black-and-white stills. Criterion has gotten everything absolutely right in its transfer -- it’s a wonder to behold. The sound is clean, clear mono, mostly in the midrange, but nonetheless a miracle for a film first released 88 years ago.

Extras abound. A crackerjack commentary by jazz and film critic Gary Giddins, music and cultural critic Gene Seymour, and musician and bandleader Vince Giordano draws insights from the film at every turn. Giddins has an interview and there are comments from singer Michael Feinstein, and archivists James Layton and David Pierce. Also included are deleted scenes; an opening title sequence; a 1929 short, All Americans, showcasing the Whiteman Orchestra; and two Oswald the Lucky Rabbit cartoons featuring Whiteman. 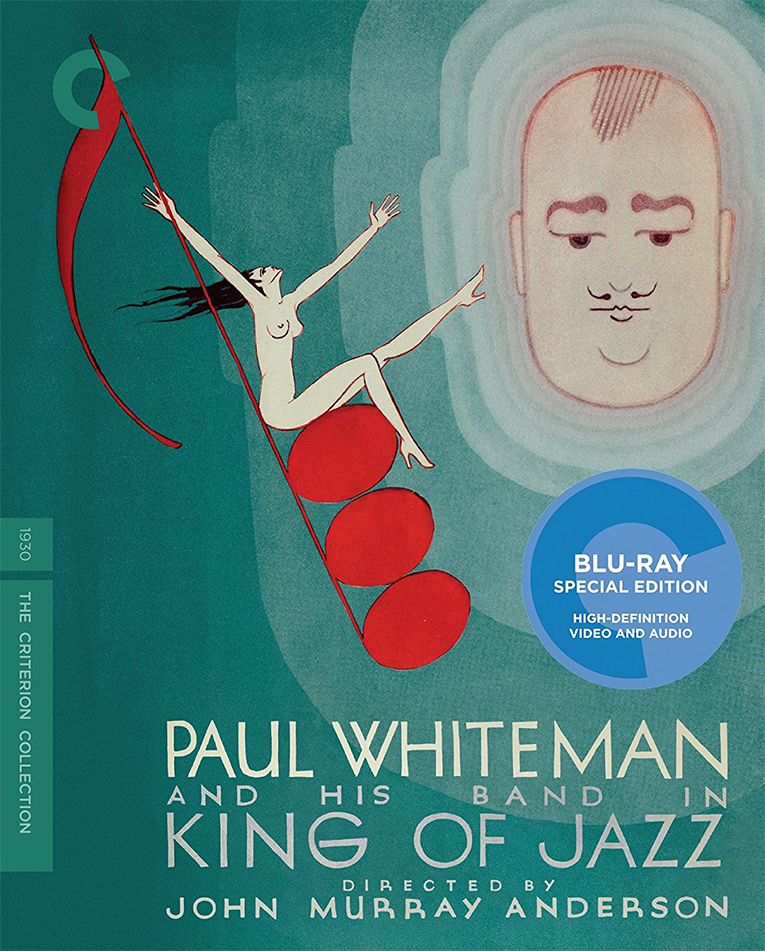 This BD of the beautifully restored King of Jazz gives us real insight into the Whiteman Orchestra and the musical styles and culture of the day, and should be thoroughly entertaining for modern audiences. I highly recommend it.

Be sure to watch for: In the first portion of the Rhapsody in Blue sequence, much of the set is filled by a giant piano. Its lid is opened to reveal . . . the Paul Whiteman Orchestra. Musicians said that, during the filming of this sequence, it was so hot inside the “piano” that the lacquer came off their violins.