Antonioni’s Homage to Photography and an Iconic Era

How interesting that one of the most iconic movies representing London’s Swinging ’60s should be filmed by an Italian. Michelangelo Antonioni (1912-2007) was already famous for having directed his trilogy L’Avventura (1960), La Notte (1961), and L’Eclisse (1962) when producer Carlo Ponti signed him to direct three films in English. These turned out to be Blow-Up (1966), Zabriskie Point (1970), and The Passenger (1975). Zabriskie Point failed on almost every count, and The Passenger was a critical if not a commercial success -- of the three, Blow-Up was the cinematic masterpiece. 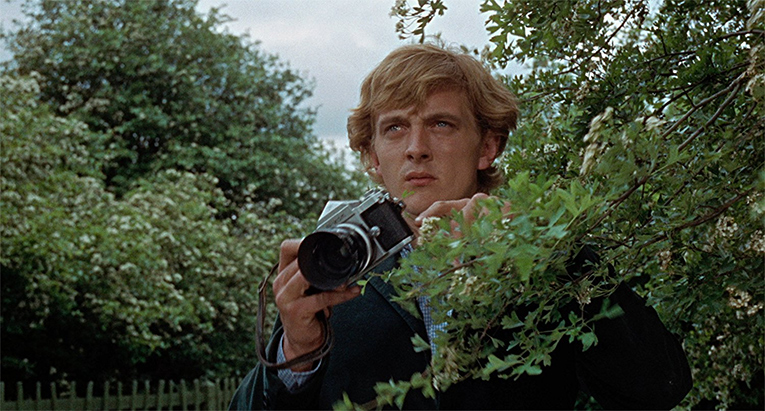 Many have considered Blow-Up a suspense film, but I take it as a day in the life of a fashion and society photographer who stumbles on a possible murder while examining the blow-ups of photos he’s taken in an impossibly green park in which the wind constantly rustles the leaves. Along the way we’re given vibrant glimpses of college kids dressed as mimes and raising money for charity, a rock concert with the Yardbirds complete with mandatory guitar smashing, and a posh yet very stoned party at which everyone drops his or her scruples at the door while acting superior about everything imaginable.

To prepare for this film, the always-fastidious Antonioni researched photographers, and hired models from a photo shoot he attended to appear in his own, fictional shoot. He rented an authentic photography studio to film in, then gutted and redesigned it. To re-create the actions and attitudes of actual London photographers, he sent out a questionnaire to a number of them, asking questions about their profession and lifestyle. These questionnaires are reproduced in the booklet accompanying this Blu-ray.

Antonioni hired 24-year-old David Hemmings to play the lead role of the photographer, Thomas, after seeing him in a stage production of Dylan Thomas’s Adventures in the Skin Trade, and having first considered Terence Stamp for the role. Hemmings perfectly embodies the spirit of a chaotically organized lifestyle. Vanessa Redgrave plays Jane, the enigmatic woman whom Thomas photographs in the park, after having seen her with an older man. Later, when she approaches Thomas, she makes it clear that she’s willing to give herself to him sexually in exchange for the negatives. 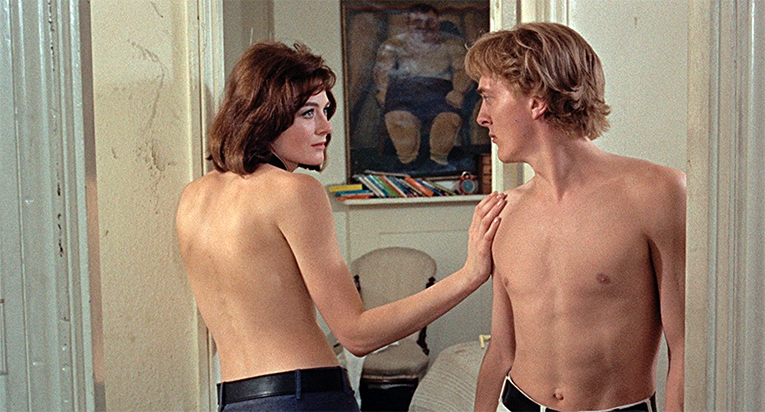 Antonioni controlled every detail of his films, particularly their color schemes. He would spray-paint houses, trees, even lawns -- whatever he needed to complete the palette he envisioned for a particular scene or film. In another color-rich movie, Pedro Almodóvar’s Women on the Verge of a Nervous Breakdown (see my review of the Criterion Collection edition), the Spanish director pushes colors over the top, sometimes into the lurid. But Antonioni’s rich color design is vibrant yet always in good taste for the period, even when startling (e.g., red buildings). Criterion serves Antonioni as well as it did Almodóvar. The refurbished soundtrack sounds very good. All of the dialogue is easily understood -- a feat, as it’s all production sound (that is, recorded live during filming, not looped in postproduction), and the bright music by Herbie Hancock (billed here as “Herbert”) adds an audio pulse of importance to the scenes in which it’s used.

There’s no commentary, but Criterion has assembled a good set of extras that address not only Blow-Up itself, but photography in general, and the period in which the film is set. There are interviews with Hemmings and Redgrave, still a rebel at 79; a 2016 documentary, Blow-Up of “Blow-Up”; and trailers. Also included are a book that contains the 1959 short story by Julio Cortázar on which the film is loosely based, an essay by film scholar David Forgacs, and observations on the film’s shooting by Stig Björkman, the Swedish film director and critic. Almost all of these extras are in pristine shape, even the older ones. I usually have to cut a bit of slack for Criterion over the condition vs. the importance of some extras. That’s not necessary here. 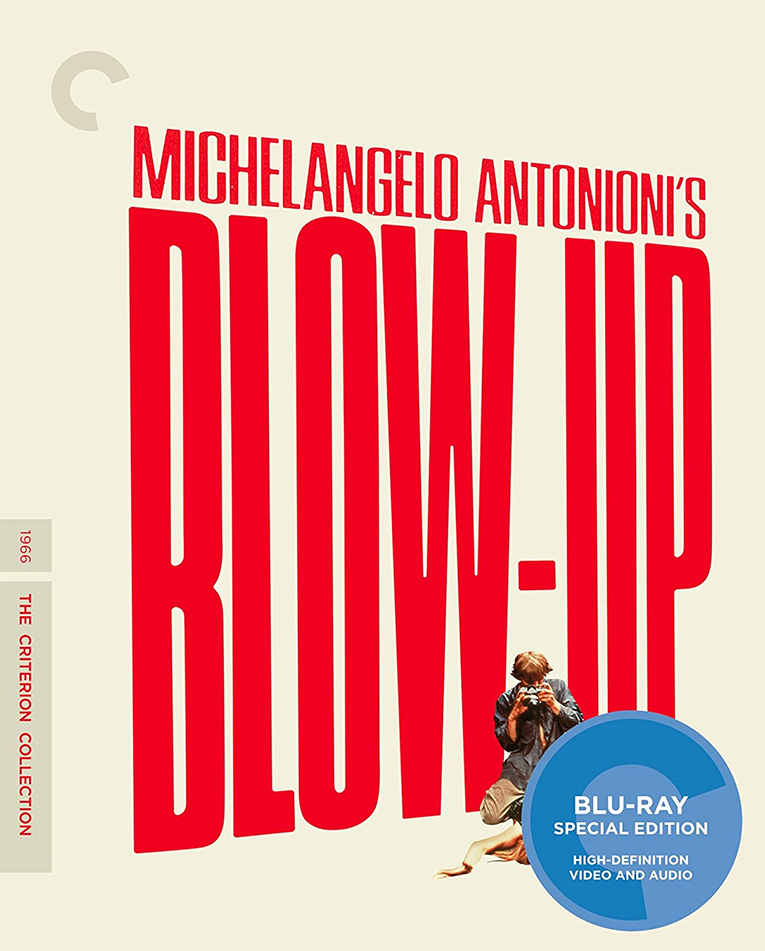 Blow-Up is an iconic film about an era in British history that produced the Beatles, the Rolling Stones, and famous English photographers and movie stars and directors. It’s also a good suspense film, though at the end its mystery remains unsolved. The photography is often breathtaking, and the excellent acting presents a lot to admire. It’s a must-see, and plays well on repeated viewing.

Be sure to watch for: The final scene, involving the students miming a game of tennis on a court protected by a tight-meshed iron fence, is awesome in its visual detail, and a great example of the quality of this 4K transfer.