"The Lair of the White Worm"

LaserDisc aficionados will fondly remember Vestron Pictures, a film and television studio that provided a large portion of Image Entertainment’s catalog. Lionsgate now owns the Vestron catalog, and has begun reissuing its titles in Criterion Collection-like editions with remastered images and sound, with commentaries and extras that contribute to the viewing experience. Vestron made a steady stream of low-budget, schlock horror movies, but every once in a while strove for greatness and hired someone famous, if outrageous, to direct a film -- someone like Ken Russell.

Ken Russell (1927-2011) was one of the more curious directors of British film and TV productions. He made a name for himself with films based on the lives of classical composers -- but when he came to the big screen, he unleashed an obsession with sex and the church. Some critics found his films outrageous; others thought his fantastic visions were organic parts of what they considered to be his overall genius. Listen to Russell’s commentary on this Blu-ray and see what you think; it’s irreverent and flamboyant, a view of the director straight from the horse’s mouth. 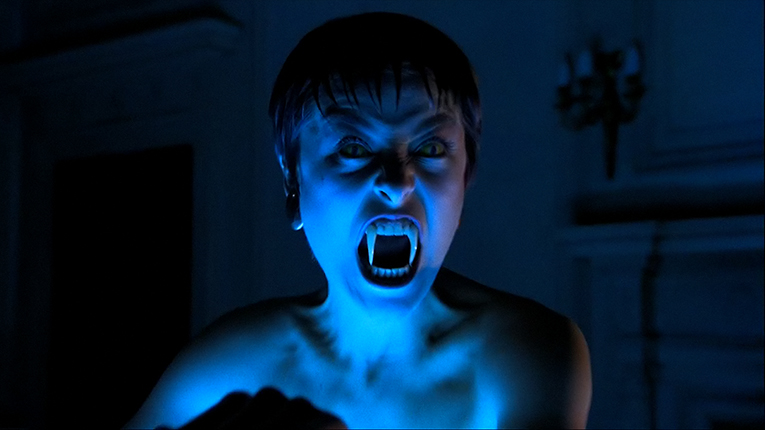 The Lair of the White Worm is based on the 12th and final novel by Irish writer Bram Stoker, author of Dracula. Generally dismissed by critics, it was abridged a couple of times. No matter. In writing his screenplay, Russell took only a few points from the novel, and greatly expanded them with material from his own rich imagination.

The plot goes something like this: There are legends that, before Christianity took over England, one of the native cults worshipped a “white worm” -- a serpent or dragon with big teeth and a keen appetite for human sacrifices. In the film, the legend is celebrated by Lord James D’Ampton (Hugh Grant), who invites the entire countryside to his manor for a festival in which they’re served such delicacies as octopus tentacles and earthworms in aspic. A mysterious woman who lives nearby, Lady Sylvia Marsh (a slinkily seductive Amanda Donohoe), spouts fangs when needed and behaves like a snake/vampire. In fact, this film is more or less an English-countryside vampire movie with snakes instead of vampires. 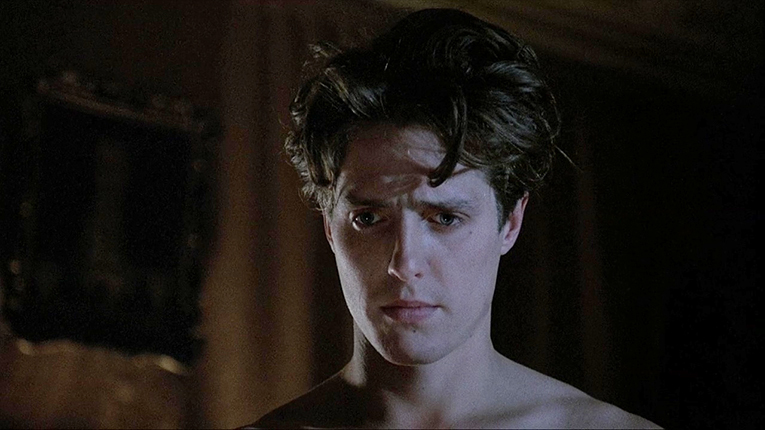 Also like Hammer films, this one drips with rich, deep colors, to which the superb Lionsgate transfer has done full justice. There’s perfect contrast, too, and sharp definition. The original Dolby Digital tracks have been successfully transformed into DTS-HD Master Audio tracks that are remarkably robust and clean. You won’t miss a word of dialogue. 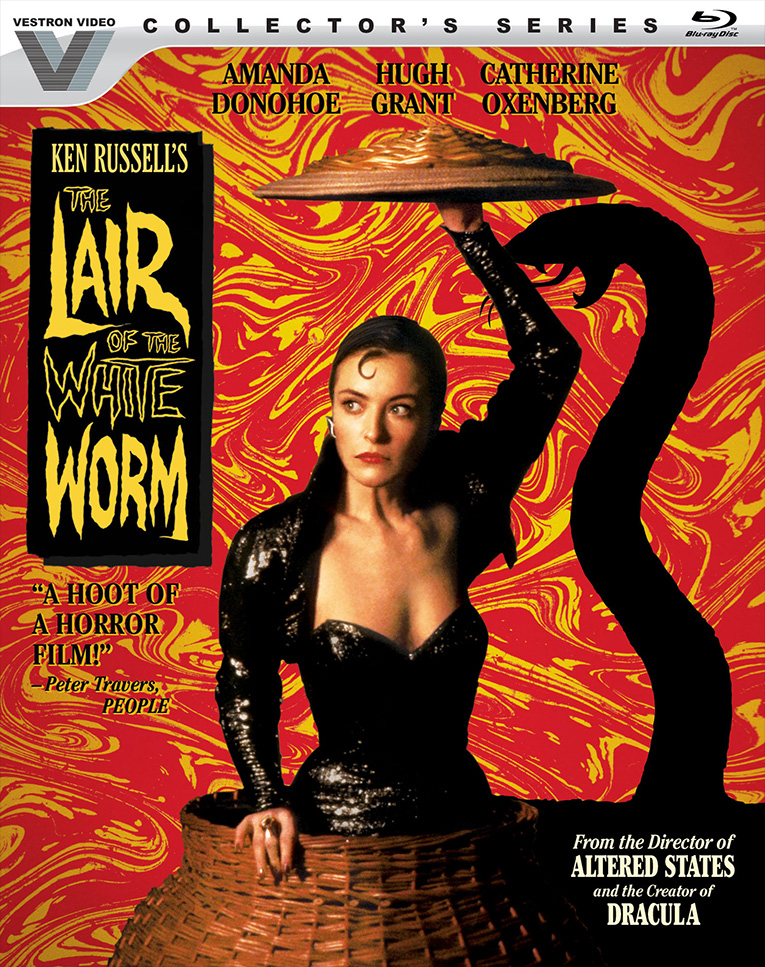 The extras include two commentary tracks: Russell’s, and one by his widow, Lisi Russell, and film historian Matthew Melia. There’s a very fine video featurette, “Worm Food: The Effects of The Lair of the White Worm,” and video interviews with editor Peter Davies and actress Sammi Davis, as well as trailers and a still-photo gallery.

The Lair of the White Worm has a sizable cult following whose members will be delighted to see the film brought to BD in such handsome manner. But the film dates from 1988 -- a whole new generation of unsuspecting viewers is now available to discover it. Enter with an open mind and a delight in camp, and you’ll be well entertained. It’s one of my guilty pleasures!

Be sure to watch for: Throughout the film runs a subtheme of charming snakes with music. It reaches a hilarious height when a young Scottish archaeologist, Angus Flint (Peter Capaldi), confronts a constable who’s been transformed into a snake and subdues him -- with bagpipes. (Yes, he wears a kilt.)