A Much Better Film Than I Thought in 1983

Director Francis Ford Coppola has usually alternated his big blockbuster movies, such as The Godfather (1972), with more personal, insightful, lower-budget offerings such as The Conversation (1974). After Apocalypse Now (1979) and before The Cotton Club (1984), he directed two small films based on novels by S.E. Hinton, The Outsiders and Rumble Fish (both 1983). Sharing many cast members, the films are quite different. The Outsiders is a color, stylized-by-Hollywood effort; Rumble Fish is more personal, moody, and was shot mostly in black-and-white.

Matt Dillon stars as Rusty James, the leader of a gang of street thugs in Tulsa, Oklahoma, who strides around trying to look important and tough à la early Brando, complete with wife-beater shirt. 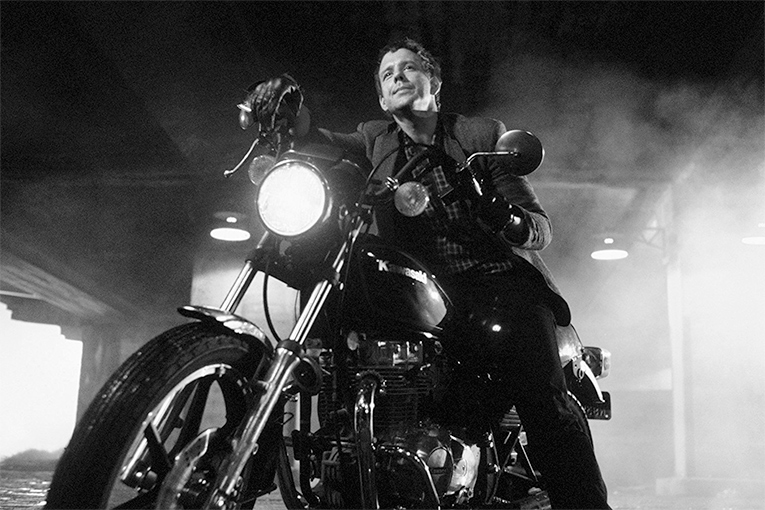 Rusty tries to live up to the legend created by his older brother, The Motorcycle Boy (Mickey Rourke). Rusty has a sometime girlfriend, Patty (Diane Lane); a tagalong bud, Steve (Vincent Spano); a rival, Smokey (Nicolas Cage in his breakout role); and his alcoholic father (Dennis Hopper). The return to town of The Motorcycle Boy sets in motion the whole plot of brotherly rivalry.

Rumble fish are Siamese fighting fish. Kept in the window of the local pet store, they’re in brilliant color against the rest of the film’s moody black-and-white. Near the end of film, Motorcycle Boy decides to break into the store, steal them, and free them by letting them loose in the river, a rash decision with disastrous results. 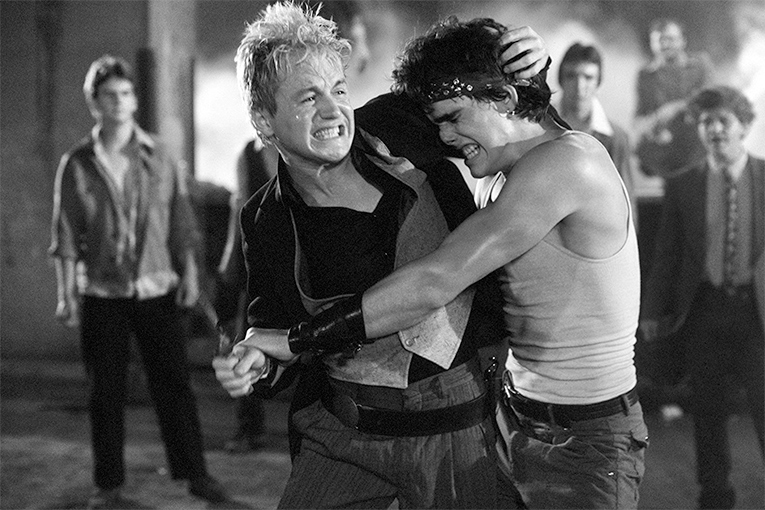 It’s one of the best ensemble casts ever. Dillon was only 18 when Rumble Fish was filmed, and he’s out front in practically every scene, a wonder to behold in a commanding performance. Rourke is more introspective, Motorcycle Boy’s passion bubbling under the surface. The young women, Lane and Diana Scarwid, are fresh and appealing, and Tom Waits turns up in the small but important role of Benny, who ruminates about time.

Coppola strove to mix German Impressionism with film noir, going so far as to paint interesting shadows on buildings. He used a lot of time-lapse photography, and in one scene Rusty, beaten to a pulp, floats out of his body. Then there are those brightly colored fish. On its release, the film was criticized for being overstylized and pretentious, but I find all of this dramatically effective.

This is one of those crisp, contrasty black-and-white transfers from Criterion that make me go “wow!” about every two minutes, and it really makes the case for Coppola’s vision in deciding to shoot the movie that way. The sound is good, for both the Foley effects and Stewart Copeland’s exciting, percussion-oriented music score. Copeland was the drummer in the Police; this was his first of many film scores. 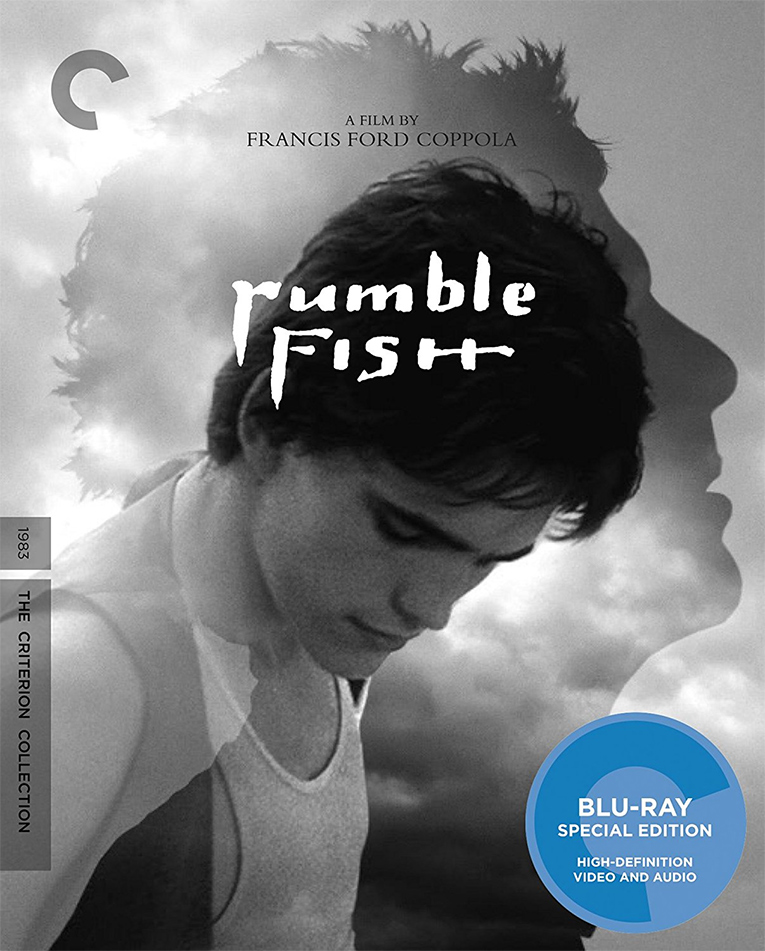 There are various conversations with the actors, crew, and producers, a French TV interview with Mickey Rourke from 1984, and a lot more. At the heart of the extras is the full-length commentary by Coppola himself. The director obviously loves this film, and communicates that love in words that are both entertaining and insightful. It’s one of the best commentary tracks I’ve ever heard.

Thirty-four years on, we can watch Rumble Fish as an introspective dream of a time gone by, and not criticize its lack of ultra-realism. If you saw it in its first release and weren’t taken by it -- or even if you were -- give it another chance. There’s a lot here to discover and rediscover.

Be sure to watch for: For my money, no director frames scenes better than Coppola. In chapter 12, Matt Dillon is in the extreme foreground at left, smoking a cigarette. The broad expanses to the right are quickly filled by a bus pulling up, and suddenly everything is right there, up close and intimate. Yet only the bus and the characters have moved. The camera has been still. Genius.