A Handsome Anniversary Edition from Columbia

In 1939, often called the "golden year" for Hollywood, ten movies received nominations for the Academy Award for Best Picture: Dark Victory, Gone with the Wind (the winner), Love Affair, Mr. Smith Goes to Washington, Ninotchka, Of Mice and Men, Stagecoach, The Wizard of Oz, Wuthering Heights, and Goodbye, Mr. Chips. That's a very impressive list, but look at these time-honored 1939 classics that were not nominated: Juarez, The Hunchback of Notre Dame, The Private Lives of Elizabeth and Essex, Beau Geste, Destry Rides Again, The Rains Came, Young Mr. Lincoln, Dodge City, The Four Feathers, and Each Dawn I Die. And that's the short list. There are more. 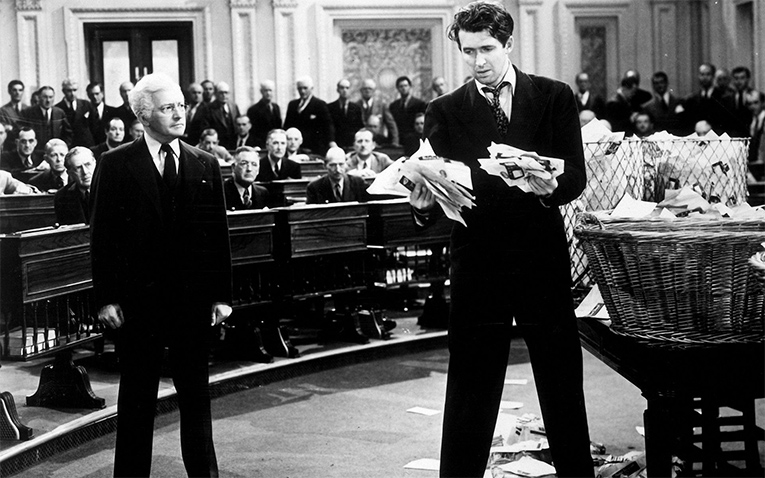 The point is that Mr. Smith Goes to Washington was an Oscar-caliber Frank Capra film that probably would have won several awards had it landed in a different year. As it is, it won only one: Lewis R. Foster for Best Writing, Original Story. It was nominated in ten other categories, including Best Actor (James Stewart) and Best Director (Capra).

In this handsome anniversary Blu-ray edition, the film feels like Oscar is written all over it. Stewart's performance as the crusading young senator Jefferson Smith, who wants to expose corruption in Congress, is simply superb. Look at the scene between Smith and crooked businessman Jim Taylor (Edward Arnold). Stewart's face is almost static -- almost. You can feel the steam rising in a perfect example of restrained anger. Stewart has to go through every conceivable emotion in this movie, and he nails each one.

Harry Carey as the President of the Senate is superb, too, and memorable. Though Carey has few lines, Capra uses his reactions to let the audience know where things are going. The prez is on Smith's side, and he reveals it with little chuckles, eye expressions, and the like. The other roles are impeccably cast. Capra was particular about casting, feeling that every actor was important, even if he or she had only a few seconds on screen. His meticulous method really shows in this movie, and it pays off. The cast really is perfect. 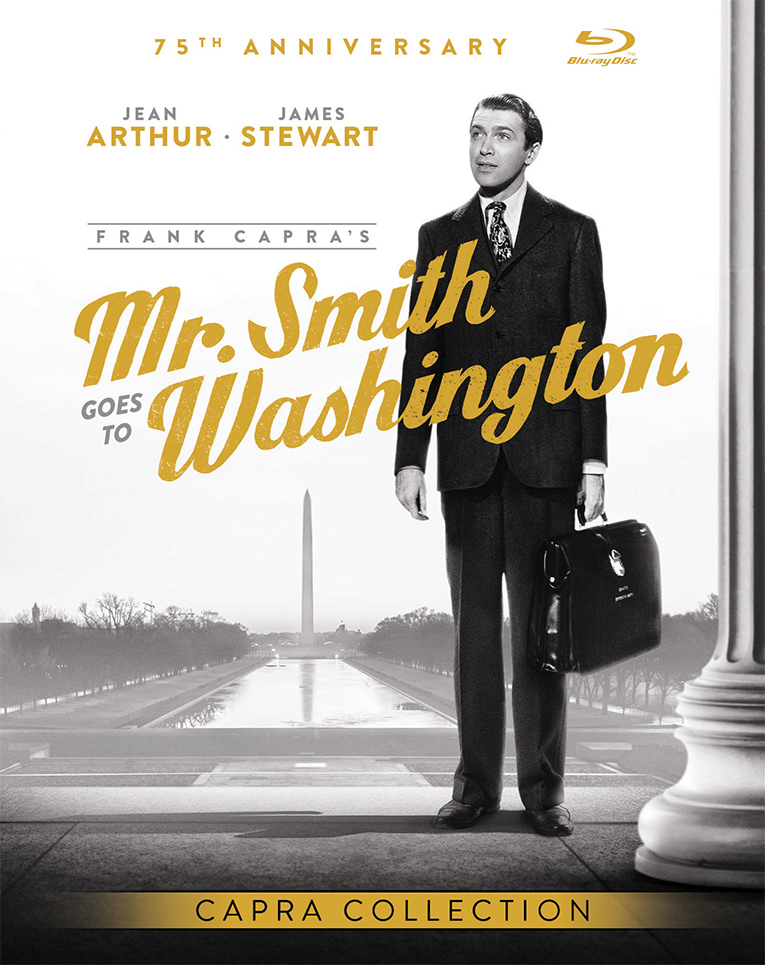 Columbia has created an edition very close to one that Criterion might do. The movie has been thoroughly remastered, and the booklet describes that process completely. The black-and-white images are crisp and clean. Perhaps the contrast could be slightly better, but I'm being exceptionally picky. There are a lot of interviews with Capra's son, Frank Capra, Jr., who's also a film producer and director. There's also Frank Capra's American Dream, the same full-length documentary that is on Criterion's edition of It Happened One Night. There's also a rare international trailer that shows scenes from the original, longer ending. Last but not least, the disc is housed with a nice booklet, whose 36 solid stock pages display many great photos from the film, an excellent essay by film producer Jeremy Arnold, and film highlights for the main actors and Capra.

Frank Capra's Mr. Smith Goes to Washington is probably his best film, and Columbia has created an anniversary edition that is a treasure. The film doesn't show its age, and its superb storytelling has never been bettered.

Be sure to watch for: In scenes with Senator Joseph Paine (Claude Rains) and Jim Taylor, in which each wears eyeglasses, one of the lenses noticeably reflects light. Perhaps this effect was accidental, but I like to think that the annoying flashes make irritable characters all the more irritating.