"Mark of the Devil"

One of the most notorious exploitation movies ever made, Mark of the Devil was released in 1970 in the United States with the marketing slogan "Rated V for Violence." It was further hyped as "Positively the most horrifying movie ever made," and filmgoers received vomit bags along with their ticket stubs.

The action is set in something like 17th-century Germany as Lord Cumberland, a witchfinder (Herbert Lom), arrives at a small hamlet supposedly rife with witches, determined to save them all in the name of God and confiscate their riches for the church. He’s been preceded by his apprentice, Count Christian von Meruh (Udo Kier), who has fallen for one of the local barroom waitresses, buxom Vanessa Benedikt (Olivera Katarina, billed Olivera Vuco), who has been branded a witch by the pock-faced Albino (Reggie Nalder) because she rejected his lecherous advances. As far as the viewer can tell, there are no real witches in this movie, although all the arrested women and men are detained and tortured on trumped-up charges. 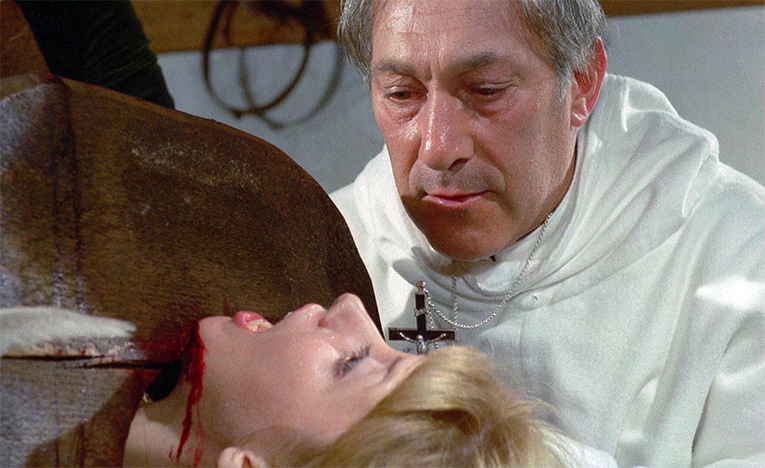 And boy are they tortured! Moosham Castle, in Salzburg, Austria, was the main filming location, and it came to the producers complete with a set of torture tools. People are stretched, pierced, and beaten in methods that most have probably never thought about. In one especially graphic scene, a woman has her tongue ripped out. I guess it's mild by today's standards, but I found it pretty horrifying (no barf bag needed, however). The scariest thing is looking at the tools of terror and seeing that they are tarnished and rusted, knowing that though the film's torture scenes are fake, these same metal devices were once used for real torture. That realization might make you squirm.

Otherwise the movie comes across as rather camp with exaggerated acting and quick-cut editing. It's a bit of a pastiche, since its production was so troubled. Director and screenwriter Michael Armstrong was replaced by producer Adrian Hoven, and it's rumored that five or more languages were spoken during production, which caused absolute chaos at times. The extras who play villagers mirror this by being more enthusiastic than authentic.

This is not a great film, but it's a famous film in the history of cinema to which Arrow surprisingly gives a Criterion-like release. The print itself looks newly minted, there are no instances of dirt or tearing, the often near-garish Eastmancolor is solidly produced without a flicker, and the film is uncut. The English-dubbed mono soundtrack is good to the voices, but the music cuts like a knife from time to time, with exaggerated treble. The soundtrack is dubbed not just because of the different languages, but for the fact that the producer failed to get recording equipment on the set! 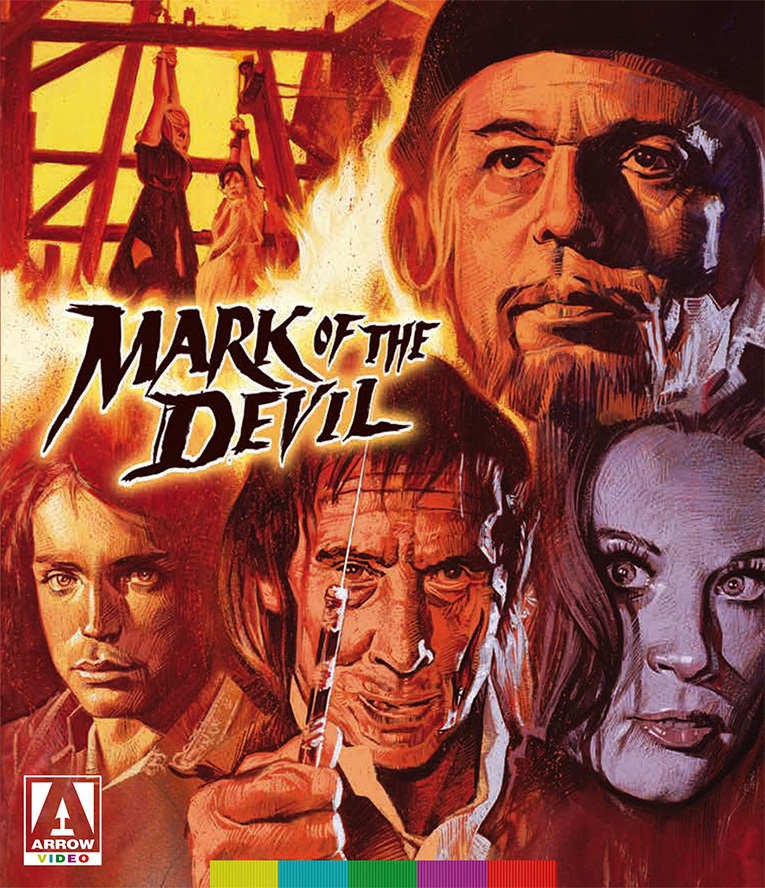 There are a lot of extras. First off, there's a feature-length commentary from the original director, Michael Armstrong. It's not screen-specific and it wanders all over the place, but it's enthusiastic and reasonably well informed. There's a very good featurette on the exploitation films of the period with some really fine poster art included. There are other featurettes and a set of recently made interviews with major cast members.

US distributor MVD Entertainment Group has made a deal with Arrow to release "a host of cult titles receiving deluxe treatment in video, audio, supplements, and artwork." Up for the rest of March are the Yakuza film Blind Woman's Curse and Day of Anger, a spaghetti western starring Lee Van Cleef. Cult fans rejoice!

Be sure to watch for: The film's music composer, Michael Holm, gives one of the most unusual interviews I've ever seen. He talks with his hands a lot, mimicking violin playing and other things. He discloses that he composed four major set pieces of music and that the director and producer decided where to place them. This explains why the music seems totally inappropriate most of the time, which greatly adds to the "camp" effect.