"The Sword of Doom"

Though the Criterion Collection endeavors to add films of all nationalities and styles to its catalog, it has placed special emphasis on Japanese movies, not only on disc, but also in its video-streaming titles available exclusively on Hulu Plus (a real bargain at only $7.99 a month, for all the Criterion you care to view). 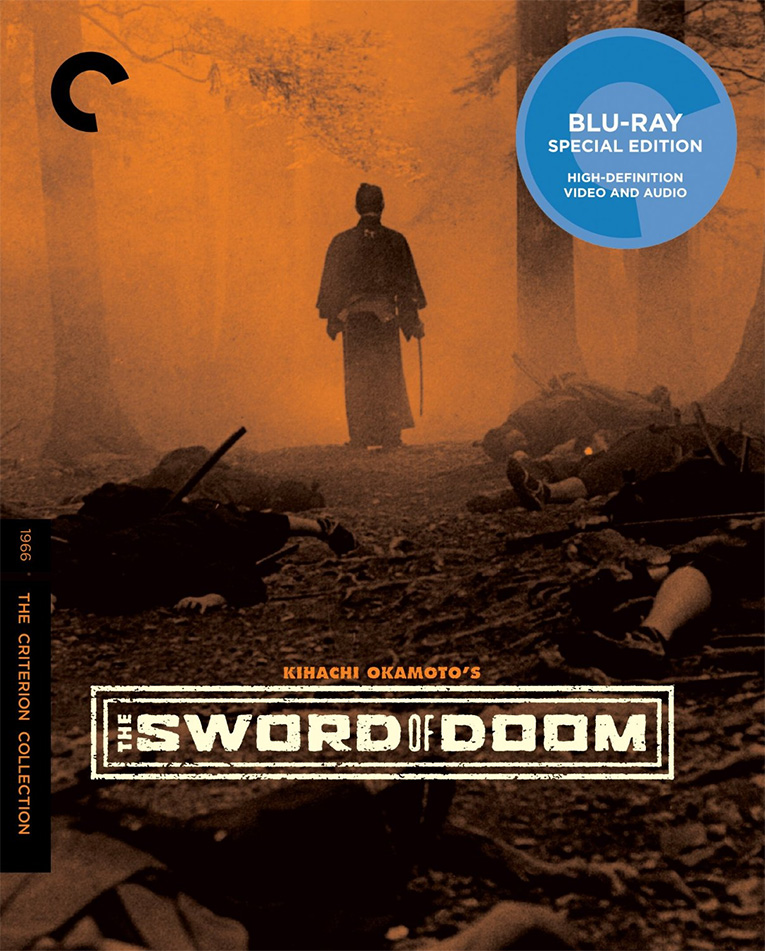 As one would expect, Akira Kurosawa is featured, but the films of many other Japanese masters have also received the Criterion treatment. Kihachi Okamoto was relatively new to me, as was his most famous cult film, The Sword of Doom. But after viewing this film, I'm keen to investigate his other titles. According to the commentary on this Blu-ray, Okamoto made movies in just about every style, often favoring comedies, but there's nothing funny about The Sword of Doom, a sober chronicle of a samurai warrior who becomes evil and plummets into insanity.

The Sword of Doom was based on the novel Dai-bosatsu tōge, which ran as a newspaper serial from 1913 to 1944, when its author, Kaizan Nakazato, passed away before finishing the story. Several filmmakers made adaptations, but this one by Okamoto, released in 1966, has become the most famous. It tells the story of Ryunosuke Tsukue (Tatsuya Nakadai), a 19th-century samurai warrior who kills without reason. The act of killing takes over his mind and permeates his pleasure center, and he eventually goes mad. And thanks to the fine acting of Nakadai, we can experience his terrifying downfall.

There are three killing-spree set pieces in this movie, separated by narrative and flashback scenes. The first bloodbath is set on a trail passing through a misty forest, and the third and final maniacal binge is set in a series of rooms separated by transparent reed screens. The second is perhaps the most powerful, set in the middle of a heavy snowfall. In this scene Ryunosuke is not the sword wielder; rather it is Toranosuke Shimada (Toshiro Mifune), who dispatches his would-be assassins while Ryunosuke looks on, apparently stunned into inaction by the sexual and emotional release he is experiencing as a voyeur. The camera work in this scene is very interesting, bounding back and forth to great effect from our point of view to that of Ryunosuke. This is his tipping point -- his jump-start into madness. 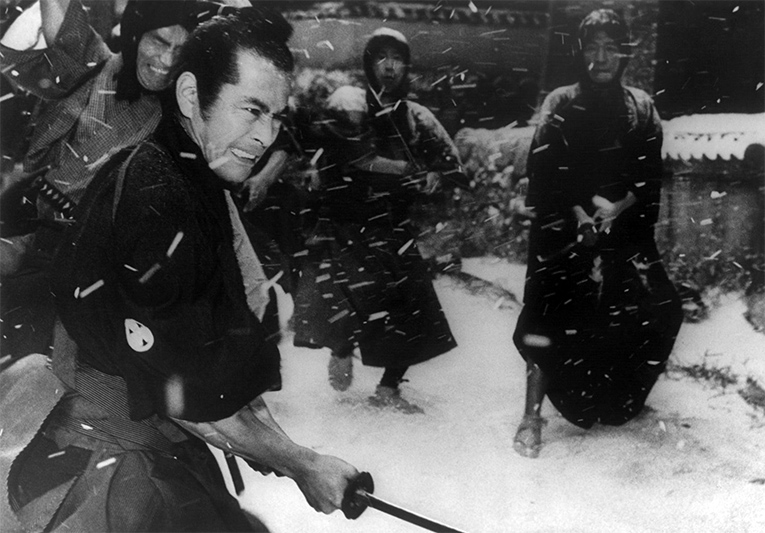 All through the movie, the camera work is an example of superb anamorphic widescreen filming. Whether the scene is close-up or far away, it is immaculately framed. There is little handheld camerawork. Excitement comes from quick editing that often involves going from close to far and back in an instant. Criterion's crisp, superbly contrasted black-and-white transfer makes viewing The Sword of Doom an extremely exciting event. The thoroughly Westernized music of Masaru Sato is effectively reproduced, and the subtitles are easy to read.

The aforementioned commentary is by film scholar Stephen Prince. He is enthusiastic, chock full of information, and often so screen-specific that it's like having him in the room with you. He skips some chapters, but for clarity he announces which chapters to skip. This commentary, a trailer, and a good booklet essay by film scholar Geoffrey O'Brien are the only extras.

The Sword of Doom is an exciting movie, beautifully filmed and perfectly reproduced by Criterion. It has outstanding duels and choreographed fights, and it offers, without explanation but rather with great acting, a scary portrait of a man gone over the edge, perhaps not so unlike the contemporary madman who shoots up a shopping mall.

Be sure to watch for: In the preface to the final battle, Ryunosuke heads toward the camera and passes through different lighting effects until the striped shadow of bamboo blinds covers one side of his face, making it look like a grotesque carnival mask. Note that throughout the changes, his eyes endure as piercing points of light. You wouldn't want to meet this guy on the street, in any light.