A Memorable Descent into Hell in a Pristine BD Transfer

In Nightmare Alley, Stanton “Stan” Carlisle is a self-proclaimed selfish heel—but, as played by Tyrone Power, you can’t take your eyes off him. Power took on this complicated character in an effort to prove that he could be more than a matinee idol. He succeeded—his multilayered performance was worthy of (though didn’t win) an Oscar. But Darrell F. Zanuck, then head of 20th Century Fox, didn’t like the film, didn’t promote it, and let it die a box-office failure and a write-off. Now it’s recognized by many film critics as a masterpiece, an A-list film disguised as a B movie, the darkest of films noirs.

The story, briskly directed by Edmund Goulding, who had already directed 32 films, is one of carnival life, spiritualism, alcoholism, cons, and betrayals. Based on William Lindsay Gresham’s hit novel of the same title, it begins with Carlisle working as a barker and fill-in for a traveling show. Zeena Krumbein (a perfectly cast Joan Blondell) and her husband, Pete Krumbein (Ian Keith), have developed a fake mind-reading act. Pete, once a Broadway attraction, is now a late-stage alcoholic who supplements their telepathy con with his work as a geek, the bottom rung of the carny ladder, usually occupied by someone willing to do anything for a bottle. Dressed up as a half-man/half-beast, he bites off the heads of live chickens. 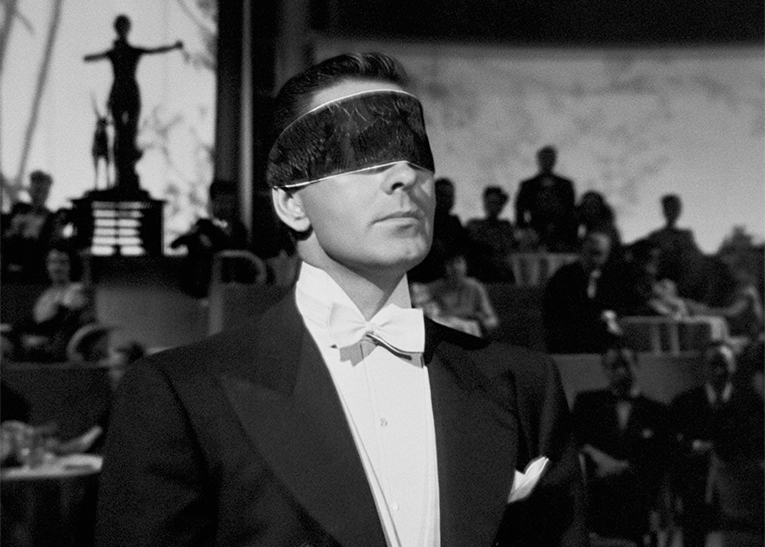 In their Broadway heyday, the Krumbeins had developed code for duping the rubes into believing they were clairvoyant. A young woman, Molly (Coleen Gray), has learned this code from Zeena and teaches it to Carlisle. They marry, leave the carnival, and hit the big time in Chicago, where Carlisle meets his match: psychologist Lilith Ritter, played by a deliciously malevolent Helen Walker. Things quickly spiral downward as Carlisle drinks and descends into alcoholic depths. Tyrone Power plays his tailspin into madness with rage, subtlety, and resignation.

On the subject of spiritualism itself the script remains noncommittal. We can see the obvious cons, but it also becomes apparent that Carlisle must have some degree of genuine extrasensory perception—he correctly calls out facts not based on his clandestine research. And Zeena believes in her Tarot cards, which play a big part in the development of the plot.

Lee Garmes’s black-and-white cinematography is crisp and clean, the frequent noir moments—faces partially obscured by shadows—complemented by as many bright scenes. And no matter a scene’s content, there’s always plenty of detail. The soundtrack is robust and accurate, if not ideally refined. Dialogue is excellent, and Cyril J. Mockridge’s evocative orchestral score is heard to great effect. Considering the limitations of its era, Nightmare Alley is a very good technical achievement overall, and the audio and video transfers have been executed to Criterion’s usual high standard.

Extras include a full-length commentary that’s entertaining and informative in equal measure, by film historians James Ursini and Alain Silver, co-authors of the Film Noir Reader series as well as L.A. Noir: The City as Character. There’s an illustrated interview session with Imogen Sara Smith, author of several books on film noir, who discusses this film and its stars in detail. There are also interviews with Coleen Gray (2007) and with con historian Todd Robbins, and an audio excerpt from a 1971 interview with Henry King. To round things out, there’s a curious trailer devoid of overlaid headline comments, and printed in the booklet is a thoughtful essay by film critic and screenplay writer Kim Morgan. 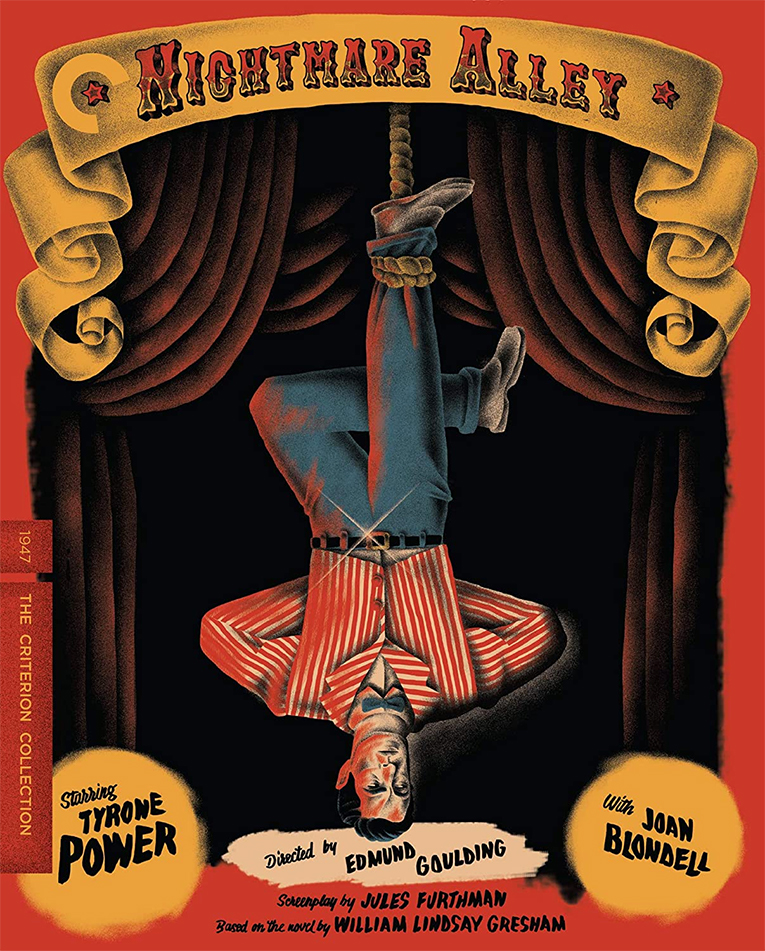 A new film version of Nightmare Alley is scheduled for release December 2021, directed by Guillermo del Toro from a script by Del Toro and Morgan and with a powerhouse cast: Bradley Cooper (Carlisle), Toni Collette (Zeena), Rooney Mara (Molly), Cate Blanchette (Lilith), Ron Perlman (Bruno), and David Strathairn (Pete). On paper, it looks like overkill, but Del Toro, though his work is uneven, is always full of passion and refreshing ideas. Still, it will be tough to top this 1947 version, especially when it comes to the lead. Stan Carlisle was arguably Tyrone Power’s finest film role; as good as Bradley Cooper is, that’s a very high standard to meet, let alone beat.

Be sure to watch for: The scene in which a sheriff attempts to close the carnival, but lets Carlisle con him into letting everyone go. This masterful con is one of the best in film history; we know it’s a con, and still we start to root for it, and for Carlisle—and half believe it ourselves.