The title of this 1953 thriller rolls easily off the tongue, crackling with the promise of adventure and excitement. The film itself provides that and much more. In writing the succinct, hard-hitting screenplay, director Samuel Fuller used his background in journalism to bring to life Dwight Taylor’s original story, based on a rejected filmscript. In my opinion, it’s one of Fuller’s best films.

The film opens with a scene of a crowded New York City subway. From the crowd emerges Skip McCoy (Richard Widmark), who cozies up to a glamorous woman later revealed as Candy (Jean Peters). He rifles through her purse with expertise and ease. Neither of them knows that the purse contains film revealing valuable government secrets. 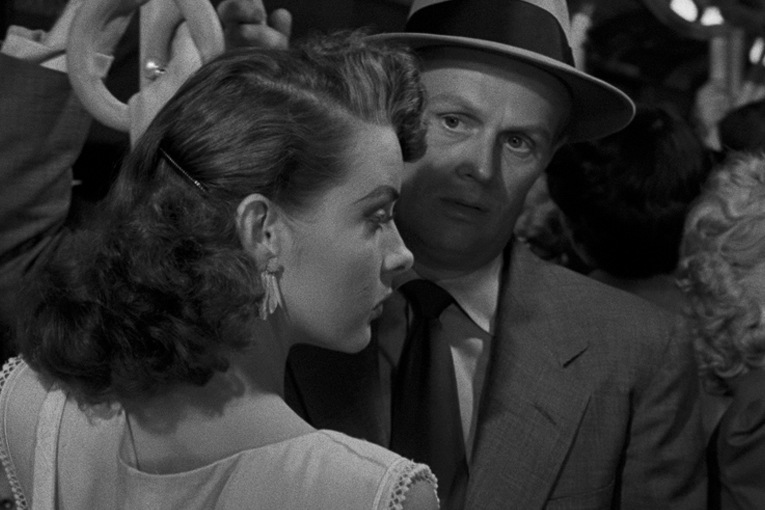 Joey (Richard Kiley), who’d hid the documents in Candy’s purse for safekeeping, must get the film back or face retribution from his Communist superiors. McCoy must outwit the baddies and the police in order to save his and Candy’s lives, and to ensure that the documents are not destroyed. With a speed believable only in a movie as deftly paced as this one, he falls in love with Candy. And while he’s still arrogant about his pickpocketing abilities, his conscience begins bothering him. Widmark brings just the right amount of tension to McCoy. Looking at his face, you always have the feeling that something is about to happen. It always does.

At the center of all the activity is Moe Williams (the inimitable Thelma Ritter), a down-and-out woman who sells neckties, trying to save enough money for a burial plot. But Moe sells more than ties. This stool pigeon with a heart of gold also sells information. (Spoiler alert: Her death scene is a classic.) 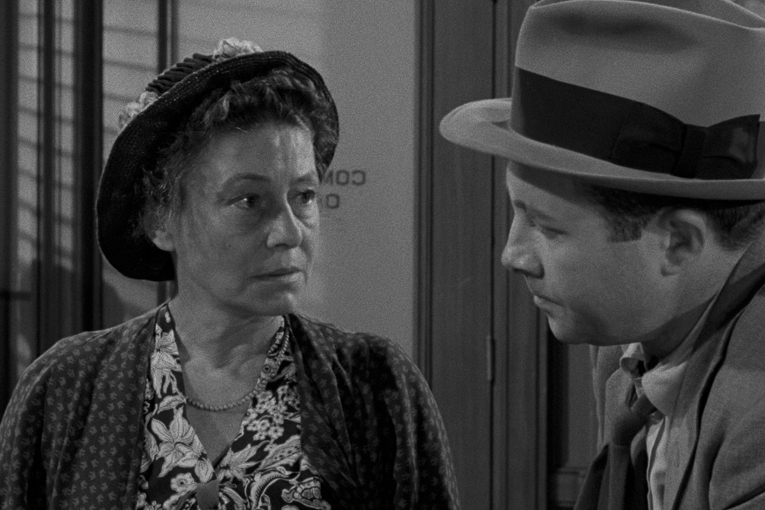 Pickup on South Street was shot at 20th Century Fox’s Hollywood studios and in downtown Los Angeles, and on location in Manhattan and Brooklyn—but the setting is all New York City. McCoy lives in a shack with no electricity, built out over the river and accessible from the shore only by walking a plank. He cools his beer by lowering it into the river in a cage tied to a rope, using a pulley affixed to the shack’s only window.

This film noir oscillates smoothly between crime procedural, espionage, and romance, and the script doesn’t waste a second, the action unfolding in rapid-fire manner. Joseph MacDonald’s razor-sharp black-and-white cinematography is loaded with shadows captured with absolute accuracy in Criterion’s transfer. The soundtrack, which features a jazz-tinged score by composer Leigh Harline, is clean and crisp. The dialogue is clear, the gunfire pungent. 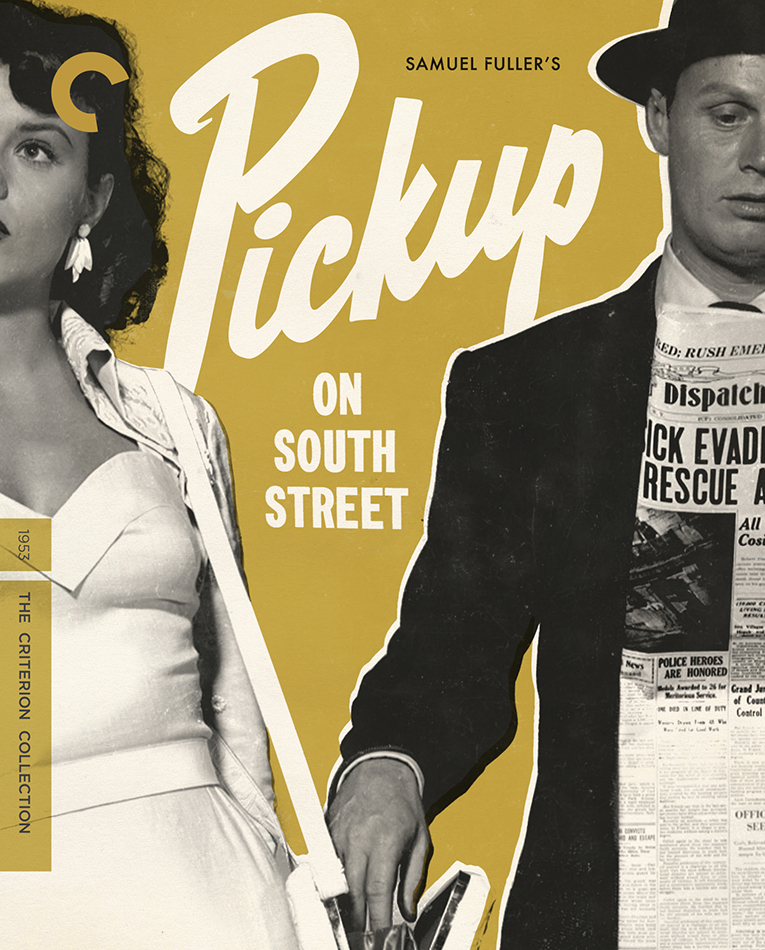 Extras include an interview with Imogen Sara Smith, author of In a Lonely Place: Film Noir Beyond the City; a 1989 interview with Fuller, conducted by film critic Richard Schickel; a 1982 episode of the French TV program Cinéma cinémas featuring Fuller; and a radio adaptation of the script by Hollywood Radio Theater. The excellent booklet contains a succinct article by author and critic Luc Sante, an appreciation by director Martin Scorsese, and excerpts from Fuller’s posthumously published autobiography, A Third Face: My Tale of Writing, Fighting, and Filmmaking.

Pickup on South Street shows how a little can go a long way. It hits hard, is packed with action, moves at a rapid pace without sacrificing coherence—and The Criterion Collection has given it a splendid new lease on life in this BD transfer. 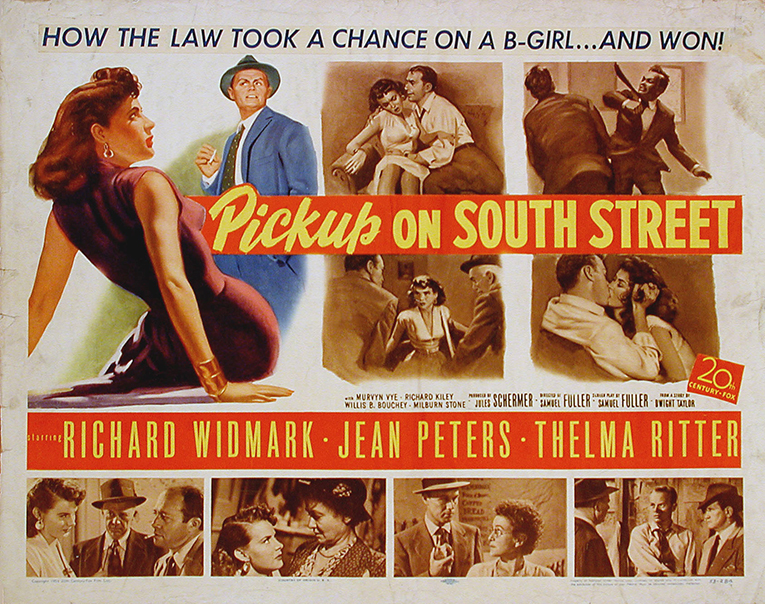 Be sure to look for: The opening subway sequence unfolds without music and almost without dialogue, but the blocking, editing, and close-up camera work perfectly describe everything that happens.