Classical Mythology on the Range

Director Anthony Mann, a native of San Diego, long wanted to film Shakespeare’s King Lear as a Western. He had a plan for a final film, but died before it could get off the ground. Earlier Westerns, however, gave nods to the Bard of Avon, and the earliest example is The Furies (1950). Mann’s first A-list film, it was based on the popular novel of that title by Niven Busch, whose earlier novel Duel in the Sun had been filmed in 1946. Busch had already cowritten the scripts for The Westerner (1940), The Postman Always Rings Twice, and many other films. Like Mann, he strove to break away from the good-guys-in-white-hats Western to tell stories of greater psychological depth in which no character is wholly good or bad.

The Furies was one of three Westerns directed by Mann and released in 1950, along with Devil’s Doorway and Winchester ’73, the latter starring James Stewart. Mann and Stewart went on to make four more Westerns together: Bend of the River (1952), The Naked Spur (1953), The Far Country (1954), and The Man from Laramie (1955). While Winchester ’73 is arguably the best of these, The Furies, a few obvious flaws aside, has much to offer, and doesn’t deserve to be as overlooked as it has been.

The title is an obvious reference to the avenging deities of Greek mythology; in the film, The Furies is the name of a vast ranch in the New Mexico Territory owned by T.C. Jeffords (Walter Huston, in his final screen role). His wife has died, and his daughter, Vance (Barbara Stanwyck), has taken her place as the apple of her father’s eye. Willful and headstrong, Vance appears to obey T.C.’s wishes even as she plans to take over the ranch after his death. Her strategy works until T.C. brings home Flo Burnett (Judith Anderson), whom he clearly intends to marry. Vance then turns against her father and begins to plan his demise. All along, she’s been flirting with Rip Darrow (Wendell Corey), a banker and financier who also wants a piece of The Furies. They hate each other enough to be in love. 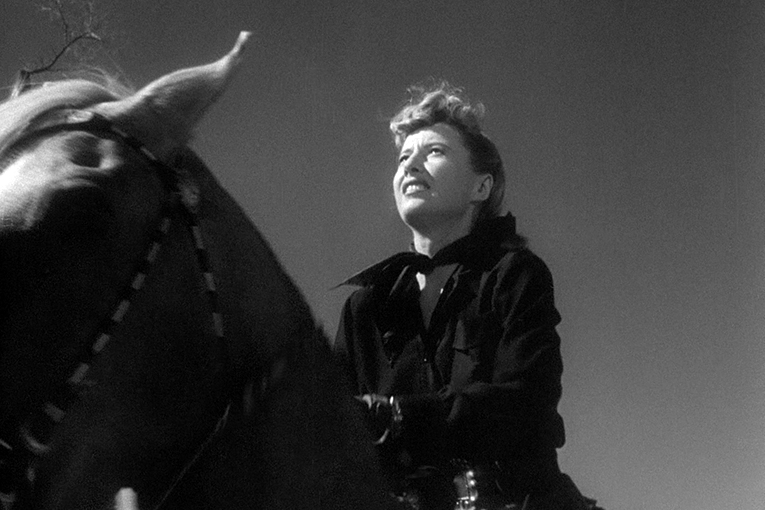 Lear can be felt in Huston’s performance, which is full of swagger and bravado—he clearly considers himself the king of his house and the surrounding thousands of acres. But here Lear’s three daughters are combined into one, and it’s really Stanwyck’s movie. Vance’s mood constantly changes, but Stanwyck remains in full control of the character—when Vance commits a violent act, the actor somehow makes it seem just. Her performance has great gusto as well as fine nuance. Also worthy of mention are Anderson and Gilbert Roland, who sympathetically plays Juan Herrera, son of the woman who—spoiler alert—will deal T.C. his final card.

But the flaws are major, beginning with Wendell Corey, miscast as Darrow. The role needed somebody who could be steely and cold yet also have an irresistibly romantic aura. Clark Gable comes to mind, but Corey doesn’t pull it off. The other flaw is the ending, which is rushed and inadequate. The Furies has many loose ends to tie up, but many are left to dangle as the closing credits roll. 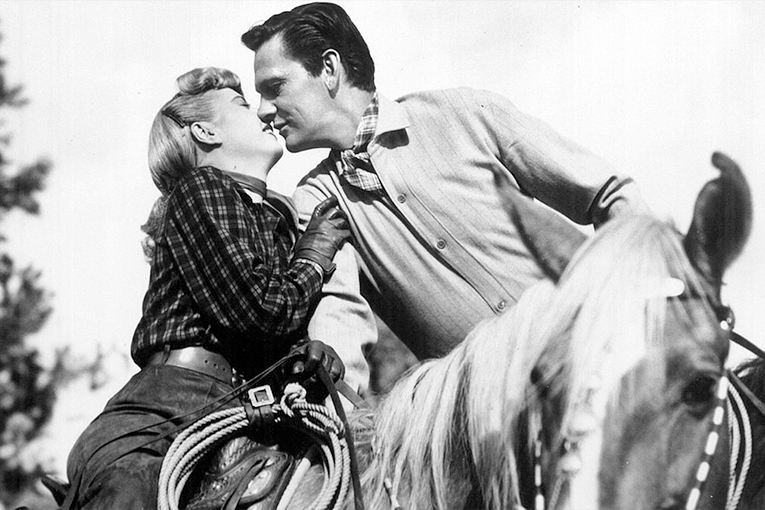 Though shot in black and white and in an aspect ratio of 1.37:1, The Furies captures the romantic sweep of New Mexico’s plains and mountains, here played by areas of Arizona near Tucson. Victor Milner’s cinematography veers into noir territory as the plot commands, with plenty of rich shadows and contrast—the visuals in general are conveyed with apparent accuracy in this BD transfer. The sound is OK, considering the 70-year-old source elements. Franz Waxman’s almost schizophrenic score sometimes sounds compressed and a bit distorted, but all of the dialog and sound effects are clear.

The extras are plentiful. Included is a paperback edition of Niven Busch’s complete original novel, with a cover that matches the artwork of the entire package. A full-length commentary by film scholar Jim Kitses is informative if a bit pompous in tone. There are excellent interview segments with Mann, an enthusiastic interview with Mann’s daughter, and one with film critic Imogen Sara Smith. Then there’s the interview with Walter Huston. I don’t know how it was viewed in the 1940s, but today it comes off as high camp. As an attractive blonde woman interviews Huston at home, poolside, he constantly makes elusive quips and jumps in the water. It must be seen to be believed. Finally, the printed booklet includes an excellent article by film critic Robin Wood, a long interview with Mann, and full-page stills of climactic scenes in the film. 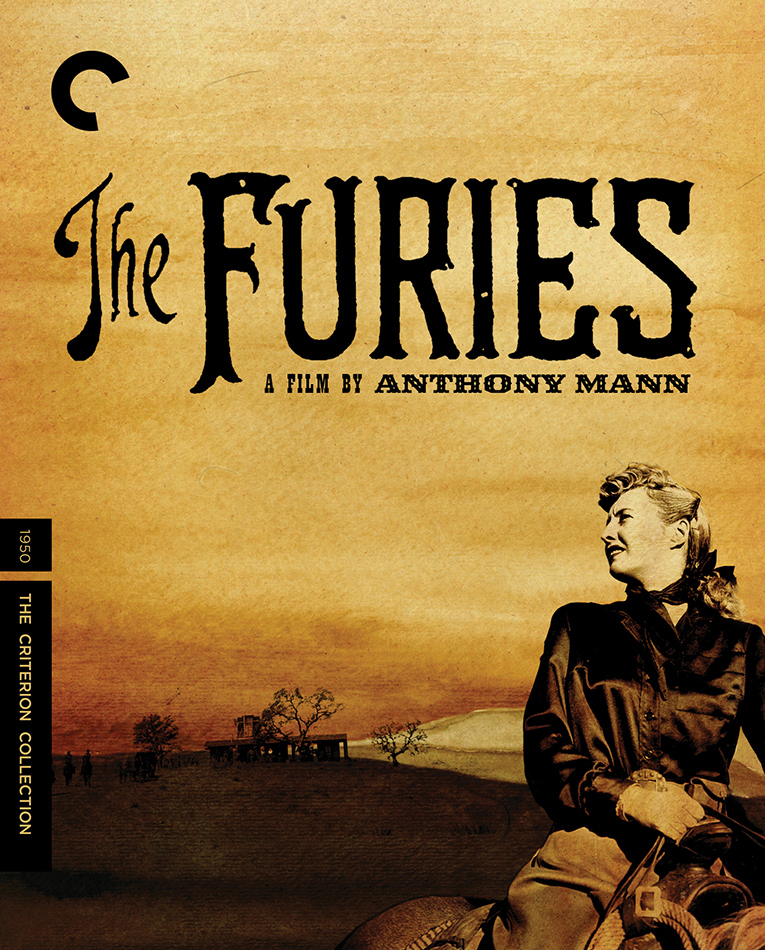 Though not top-drawer Anthony Mann, The Furies is well worth a look. Barbara Stanwyck’s performance is jaw-dropping, and Walter Huston’s is not far behind. They have great chemistry together, and sparks fly. Though this film’s parts are greater than the whole, the parts themselves are so entertaining, and often so powerful, that they make the entire viewing experience worthwhile.

Be sure to look for: The many silhouetted scenes on the prairie, especially how Mann uses giant saguaro cacti to separate and isolate characters from each other.