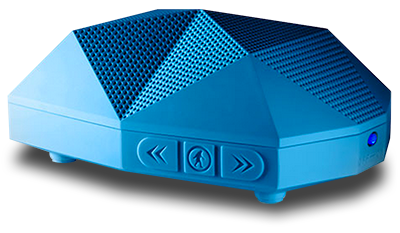 It’s been interesting to see how many designers of small Bluetooth speakers have literally thought outside the box, creating designs not married to the rectilinear enclosures of traditional speakers. Outdoor Tech has boldly designed a speaker that’s all facets and angles, yet retains a shape familiar enough to give it its name -- Turtle Shell. The speaker is indeed about the size and shape of a small box turtle.

Just as they did with their recently reviewed Privates headphones, Outdoor Tech has provided for the Turtle Shell 2.0 a colorful case covered with hype: “Louder than a bear’s roar,” “Cause a scene while riding your bike in the rain, singing your heart out.” Inside, a plain cardboard inner case houses the Turtle Shell 2.0 itself ($129.95 USD), a cloth carrying case, and two sets of cables: one USB-to-USB Micro for charging the unit, the other with 3.5mm male plugs at both ends for connecting non-Bluetooth devices. Also in the case are an instruction manual printed in odd dimensions (2 1/8” x 6”) on heavy paper, a quick-start instruction card of the same size, and some Outdoor Tech logo stickers.

The symmetrical Turtle Shell 2.0 has overall dimensions of 5.5”W x 4.75”D x 2.25”H and weighs 10.9 ounces. On its front are three pushbutton controls: skip forward/back, which doubles as volume up/down; and a pause/play button that doubles as a Bluetooth pairing control, and can be used to answer phone calls if you’re set up for that. On the right side, toward the rear, is a small On/Off slider. When you turn the Turtle Shell on or off, the action is confirmed with a spoken acknowledgment as well as a light -- orange for off, blinking blue for on -- but these are momentary and give no indication after a few seconds. You’ll have to look at the switch’s position to confirm whether the Turtle is on or off. On the left side is a covered compartment containing a USB Micro port and a 3.5mm input.

On the Turtle’s underside are four small suction-cup feet to hold it in place on a flat surface, and a loop for a lanyard or carabineer. There’s also a socket for use with a tripod or the Turtle Claw bike and all-purpose mount (sold separately). 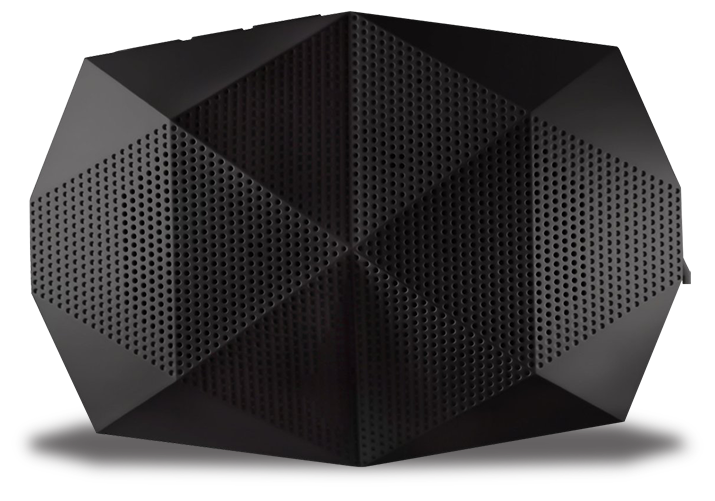 The Turtle Shell 2.0 is made of rubberized plastic; it felt solid when I picked it up. Its two upward-firing drivers can be glimpsed through the tiny holes in its pseudo-grille; a downfiring passive bass radiator is easily visible through a grille on the bottom. Outdoor Tech claims that the Turtle is IP65 dust-proof and “Shower, rain & generally any other liquid proof. Within reason.” Meaning you shouldn’t actually submerge it in water, but taking it to the beach or in the shower should cause it no harm. Its lithium battery took about three hours to charge; Outdoor says it will play as long as 16 hours. This will vary depending on the volume setting, but I’m at about 11 hours right now, and the Turtle Shell shows no sign of running down.

After charging the Turtle Shell 2.0, I turned it on and paired it with my iPod Touch, which proved to be a most simple operation. I found the Bluetooth range to be about 30’ (32’ are promised), even through several walls, and the suction-cup feet allowed the Turtle to be firmly fastened to flat surfaces.

The controls worked well. You give the direction controls a short push to change volume, a longer one to skip tracks. I had a small problem with the cover tab for the compartment -- it’s not a snap to put in right if you try to simply push it closed. I found that I needed to place my thumb at the hinge and sweep it forward while pressing down on it. That worked almost every time. This is no minor detail -- when that tab is open, the sound of the Turtle Shell changes dramatically: the bass goes away. Make sure it’s sealed.

Using the Outdoor Tech right out of the box, I thought I’d gotten a lemon, or that the Turtle Shell 2.0 just doesn’t sound as cool as it looks. It had no bass, but it did have distortion. But remembering that speakers, Bluetooth or no, need to break in, I kept coming back. After two days of listening, things improved dramatically. No one will expect or get deep, powerful bass from so small a speaker, but once the Turtle Shell was broken in, it delivered well-balanced, exceptionally clean sound. For such a compact and portable device, voices sounded astonishing. I could hear all sorts of nuances in the delivery of singers, especially men -- subtleties that I haven’t heard through most headphones. And with the Turtle’s upward-firing drivers and faceted shape, the sound was the same whether I listened from behind or in front of the speaker.

I put on the “Prologue” of Stephen Sondheim’s delightful musical Into the Woods (16-bit/44.1kHz ALAC, RCA), because it doesn’t contain too much bass information but includes the voices of many different singers. These were reproduced clearly and with good presence, as was some bird chirping. Then I tried something totally different: Love Kills (16/44.1 ALAC, Reversed Image Unlimited) a power-rock album from This Is a Shakedown!, an edgy and aggressive band from Cleveland, Ohio. The hard-driven guitars and pounding drums didn’t cause the Turtle Shell to fall apart; in fact, it behaved better than I’d expected for its size, with sound that was generally composed and clear. Though there was no lease-breaking low bass, there was lots of vibrant upper bass, and a clear midrange that kept the title track rocking. 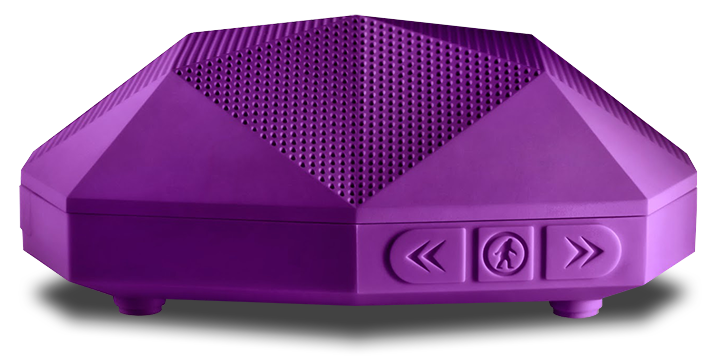 Listening to drums got me to Exit 451’s The Sea Above the Sky (16/44.1 ALAC, CD Baby). “Where the Sea Meets the Sky” opens with pounding drums over sustained chords that lead to the group’s distinctive vocals, all sounding first-rate through the Turtle Shell. Jazz was a shoe-in: Dave Brubeck’s piano in Time Out (16/44.1 ALAC, Columbia) sounded crisp and detailed. The only genre that really didn’t work with the Turtle Shell 2.0 was classical orchestral music. Well, some did and some didn’t, depending on the overall volume level and recording venue. Basically, the Turtle Shell had limitations with music of wide dynamic range.

There are lots of Bluetooth speakers out there, but few that are dust- and water-resistant. If you go to the beach or other watery surroundings, Outdoor Tech’s Turtle Shell 2.0 could be just right for you. If you’re looking for something that plays loud and you aren’t worried about water, the champion is still Logitech’s UE Mini Boom ($99.99). If you don’t mind going a little larger and still need protection from water, Grace Digital’s Eco Extreme is worth considering -- it has better bass than the Turtle Shell 2.0, and costs a lot less ($49.99). But if you need something small, viable, and water resistant, you can’t go wrong with the Turtle Shell 2.0 -- and remember to break it in.