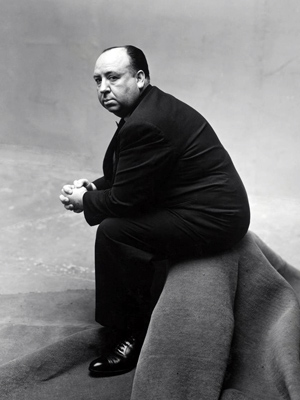 My old running buddy John B., raised in the Jesuit schools of Chicago, used to tell the best stories about the shenanigans that went on there. Oh, he never experienced a tinge of the sexual abuse we hear about these days, but he did feel there was plenty of intellectual abuse going on. As he described it, the Jesuits had a distinct way of separating the gifted from the schlubs, with the obvious goal of grooming the former to go out into the world and carry on the Jesuits’ concept of life. A list of the powerful politicos raised in Jesuit schools might amaze you: Pat Buchanan, William F. Buckley, Bill Clinton, John Kerry, Antonin Scalia, and Clarence Thomas, to name a few. I’m not going to go all Dan Brown on you here, but it’s no secret that the Jesuits have always done their best to groom their stars to carry the Church’s beliefs out into the real world.

All of which is to help me imagine a short, pudgy boy named Alfred Joseph Hitchcock (1899-1980), sitting at his desk at St. Ignatius College, in northeast London, from 1914 to 1917. If we knew nothing else about him, we’d already know that strong forces were at work on his psyche. First was a force we would see in all of Hitchcock’s work: sexual hormones. Most teenage boys are 98.7% lust, but another force was at least striving for equal dominance, and that was the Church’s struggle to keep its young charges chaste. Those two opposed forces have been known to create a whirlwind -- what the dominant psychological thinker of the time, Sigmund Freud, would call a conflict between the superego and the id: that is, between the part of your mind that wants to keep you locked down tight, and the part that wants to run wild, sexually and generally. This conflict is played out when boys struggle to keep their fantasies and desires hidden, despite the fact that what they really want to do is act them out.

That skirmish between the intellect and the emotions is tough on boys, and was no doubt even tougher on the bookish and reserved young Hitchcock. We’ll never know when the plan hatched in Hitchcock’s fertile young mind, but at some point, he must have decided that he could put some of his richest sexual fantasies on film -- somewhat toned down -- and live vicariously a few feet away from people like Jimmy Stewart and Cary Grant as they acted as his surrogates. He could then enjoy putting some of the world’s great beauties (Grace Kelly, Ingrid Bergman, Kim Novak, Doris Day, Tippi Hedren) through hell. Few boys end up having the power to reveal their tawdry fantasies on film, then have critics and fans stand in line to celebrate them.

Another of those strong forces was the Church. Was he one of the Jesuits’ gifted boys, or a schlub? I vote for the latter, but that didn’t mean that the Fathers at St. Ignatius didn’t try to indoctrinate him in Church dogma. Many Hitchcock films are quite doctrinaire in depicting God’s retribution for evil deeds. Steal some money and die terribly, as in Psycho (1960). Hang out with gay guys and you land in trouble, as in Strangers on a Train (1951) or Rope (1948). And given Psycho, transvestites must be the worst of all.

But Hitchcock also rubbed at the idea of retribution, as in his films in which a man wrongly accused of something terrible must fight to restore his good reputation. The 39 Steps (1935), Saboteur (1942), I Confess (1953), The Wrong Man (1956), North by Northwest (1959), and Frenzy (1972) all depict men on the run, fighting tremendous odds, all seeking redemption -- but from whom? Hitchcock keeps the tension running so high you begin to wonder if their only shot at redemption will come at the Pearly Gates. Even North by Northwest, which is really a comedy, contains three set-pieces so powerful that, even today, in a big theater, audiences cringe. 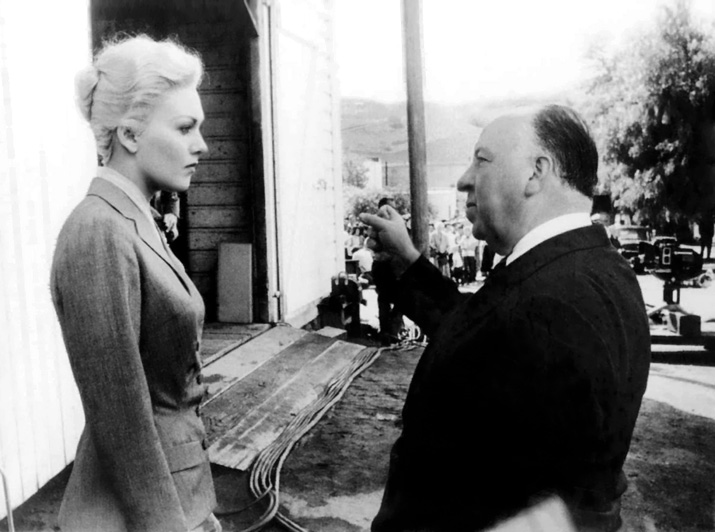 Third, there was the Great War. Hitchcock turned 18 in 1917, the worst year of the war. The British Empire had contributed over 8,500,000 men to the struggle, and England just under 20% of its population. Young men were drafted, something Hitchcock regarded with absolute dread. I’ve never been able to discover how he stayed out of the war, but he did. But for a man who in many ways was a gentle soul, he could certainly dish out violence onscreen. Who knows? Perhaps he could have been a good soldier. Anyone who could create the physical violence of Psycho or the psychological violence of Spellbound (1945) without being a fighter would have to be locked down as tightly as . . . well, as tightly as Hitchcock was about sex.

Finally, this teenage boy must have wondered about his future. His father was a greengrocer. Would he follow that trade? Would he marry? Short (5’7") and overweight, he wasn’t exactly girl bait. And with the world at seemingly interminable war, what could he do to make his living?

Hitchcock decided on films early on. By 1919 he was working with a division of Paramount Pictures, and six years later had worked his way up to directing. In 1926 Hitchcock married Alma Reville, a film editor and script writer who would reportedly spend the next 50 years as his sharpest critic, and some say his cruelest. Nonetheless, they were devoted to each other, though the marriage is reported to have been largely platonic (their only child, actress Patricia Hitchcock, was born in 1928). Hitchcock reserved for his films his sultrier fantasies and his most fascinating psychological trait: his constant fascination with voyeurism over direct experience.

That’s the briefest of glimpses of Hitchcock’s psyche. Several outstanding books and articles have been written about what drove his creative juices. The best is French director François Truffaut’s book-length interview, simply titled Hitchcock -- a fascinating and unstinting look into what drove Hitchcock, film by film. Author Donald Spoto interviewed Hitchcock and many of his associates, and on those conversations based two books. The Art of Alfred Hitchcock: Fifty Years of His Motion Pictures (1976) was purportedly approved by Hitchcock himself and remains a superb guide to his films. Spoto’s The Dark Side of Genius: The Life of Alfred Hitchcock (1983) is probably the best and most controversial of the books that delve into Hitchcock’s psyche. It apparently caused quite a stir among Hitchcock’s old friends, several of whom never again spoke to each other following its publication. The best of the recent books is Patrick McGilligan’s Alfred Hitchcock: A Life in Darkness and Light (2003). McGilligan doesn’t probe too deeply into Hitchcock’s psychological recesses, but at a shelf-busting 864 pages, the book’s depth of research is unrivaled. 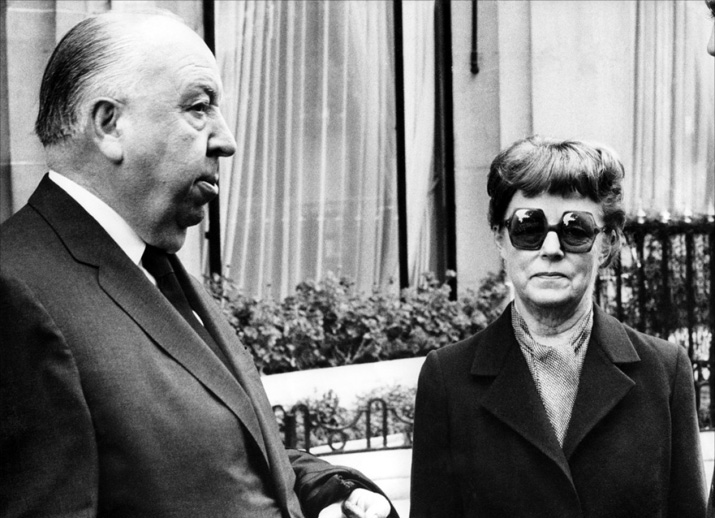 Which brings us to the films themselves. I won’t claim that Hitchcock never made a bad movie. Topaz (1969) makes me cringe, and I struggle to make it through his final film, Family Plot (1976). But the man made many of the best films in the short history of the art form, and deserves every accolade he gets. In the most recent survey published by Sight & Sound, the publication of the British Film Institute, Hitchcock finished second and fifth, respectively, among the critics and directors polled, in the ranking of the Top Ten Directors of All Time -- and both groups chose Vertigo as one of the Top Ten Films of All Time.

Which of Hitchcock’s films should you watch? Here is one list each for beginners, fans, and fanatics. Watch the first group and you’ll understand what made Hitchcock’s films so great. As Truffaut wrote in Hitchcock, "For his pictures, made with loving care, an exclusive passion, and deep emotions concealed by exceptional technical mastery, are destined to circulate throughout the world, competing with newer productions, defying the test of time."

For beginners (or anyone who has any interest in film whatsoever):