Save Yourself Some Trouble: What I’ve Already Learned About Computer Audio, Part One 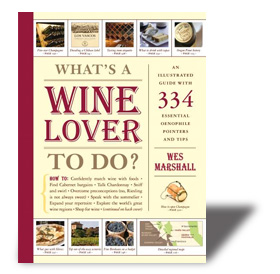 Jeffrey W. Fritz, our editor-in-chief, recently sent out the following missive to SoundStage! Network writers: "As most of you know, we’ve gradually expanded our coverage of computer audio and will continue to do so in the future. If you have computer-audio capability and we haven’t discussed it, please let me know what your setup is."

Why this was exciting news for me requires a little explaining.

I am a very lucky guy. Almost 40 years ago, when I decided on writing as a career, the conventional wisdom was that you should find an underserved area and make yourself the expert in that field. But what was I going to choose? Breeding patterns of South Australian wallabies? High-performance, forged-alloy crankshafts? Women’s belts? There are surely people who feel ardently about those topics, but I wasn’t one of them. Rather than spend my life writing about something I found boring, I decided to pick a topic that seized my curiosity.

I was in college, and my passionate interests were girls, music, and stereo equipment, in that order. As a serial monogamist, I thought it inelegant to write about the girls. Plus, the most exciting parts of the discussion might make me an outcast in polite society. (I began writing five years after the Summer of Love, but social mores were still zippered pretty tightly.) And when it came to audio equipment, I’d spent a couple of years working in the top high-end shop in Dallas, so my working knowledge was stronger than most. However, the opportunities were very limited. Audio, High Fidelity, and Stereo Review were the main players. I had never seen a copy of Stereophile, and The Abso!ute Sound was brand new.

Music. Now there I had some expertise, at least in rock’n’roll, from Dion through Pink Floyd. Ditto for classical music, one of the areas of my major. So music it was.

But I was newly married to the best and last subject of my exercise in serial monogamy, and had to make more money than most music journalists do. Even today, any music writer pulling in over $1000 a month can count him- or herself pretty darn successful. But that’s hardly enough to support a family. So I finished graduate school and became a psychotherapist. Freelancing, I wrote for any publication that loved music and would pay me. All my money and spare time went to music.

Dreaming of the day I might be able to scratch a meager living out of writing, I kept my pen in the game. Over time, several august music and audio journals hired me to write articles or columns here and there: on the national side, Downbeat, Stereophile, Audio, and Film Score Monthly; and regionally, fun magazines and newspapers such as Buddy Magazine, Texas Jazz, and the Dallas Observer.

In late 1998, the day finally arrived. In the years up till then, I’d developed an interest in wine, and the Austin Chronicle took me on as their wine writer. Later, in early 2001, I began reviewing films for the SoundStage! Network. I started to write about wine for such major newspapers as the Dallas Morning News and the San Francisco Chronicle. A book deal followed, which in turn became a PBS TV series. Magazine editors started to call. It was still a meager living, but I was putting food on the table.

I never lost my love of music, and love to make my own music, though the latter is amateurish at best. Starting at about the same time as my full-time writing career, I switched most of my music from hardware and audio tape to computer hard drives. The best recording and digital audio workstation softwares I could afford were from Cakewalk and Sound Forge (Sony). Good-quality monitoring equipment was a necessity, which meant bypassing computers’ inadequate soundcards and hunting down some top-quality monitor speakers. And because, on a writer’s salary, I couldn’t afford two computers, I wrote in my music studio. Each day, I would carry in a day’s worth of CDs and blissfully write while listening to them.

At the time, the practice of listening to music streamed from computers got no respect. Still, I knew there was something special going on -- the acoustic music I was making myself sounded true from the monitors. In fact, because I wasn’t adding EQ, reverb, limiting, compression, and all the other tricks of mastering engineers, it often sounded better. The chain was input through AKG C-3000 and Shure SM57s microphones and several synthesizers (by Alesis, Roland, and EMU) into a Mackie 1202 VLZ-Pro mixer. From there, using the shit stock soundcard of my Dell computer (don’t ask me which, it is thankfully long gone from my memory), I went back to the Mackie and out to some huge but delightful-sounding monitors, the JBL LSR28Ps.

My struggle up the ladder of high-fidelity sound began with upgrading the soundcard. First came the Echo MIA, which brought a substantial improvement in sound, as well as 24-bit/96kHz capability. But even with the Echo MIA, I was bothered by the knowledge that there was so much electromagnetic crapola going on inside the computer. So I decided to get the soundcard out of the computer and away from all that activity. The best I could afford at that time was the Roland-Edirol UA-100, a piece of equipment that England’s Sound on Sound magazine (still the best for those interested in computer-based sound) called "one of the first serious USB MIDI and audio interfaces." With 20-bit A/D and D/A conversion and ASIO drivers, the sound quality jumped three or four levels.

So all day long, when I wasn’t making my own music, I was listening to CDs using a Pioneer DV-414 DVD player plugged into the Mackie-JBL combo. I wasn’t using a hard drive for the digits because the drives were just too small to hold an extensive collection of ripped WAV files; CDs were the best I could get.

The next step up involved a Dell XPS computer system: much faster, bigger hard drives, easy-to-add expansion cards; I could use external USB hard drives and add space for audio files. Two small problems: the computer was garbage, and Dell didn’t care.

Then I tried to find D/A conversion that would beat the Edirol. After much examination of new release sheets, reading reviews, and listening (thank God Austin is such a music city -- almost anything is available), I fell head over heels in love with the RME Fireface 800 ($1999 USD). It reminded me of when I changed from the Apt-Holman preamp to the Jeff Rowland Design Group Consonance: huge difference. The RME created a much more open soundstage. With recordings that image well -- such as William Mathias’s Dance Overture, with David Atherton conducting the London Symphony (CD, Lyrita 328) -- the system is as transparent and as pleasing to listen to as any other preamp or D/A converter. (The RME handles both functions, and also has excellent microphone preamps and the best A/D conversion I’ve heard.) Close your eyes and the musicians are placed in perfect order on a soundstage that includes height, width, and depth information, most startlingly in the opening 30 seconds, when the first violins and glockenspiel play across the room and the horns appear over the shoulders of the violins. It’s uncanny. Also, listening to 24/96 signals from AAS’s Tassman synthesizer, there’s a roundness to the bass, especially the splatty driving bass sounds so beloved of dance-music DJs.

RME also includes an incredibly flexible software-based mixer that offers 28 input, output, and playback pots. It takes a day or two to learn to operate, but once you do, it’s very adaptable.

The JBLs were next to go. They were just too huge to be looking at 4’ from my face. After an exhaustive search in which I tried everything from the best professional active monitors (Adam Audio, Dynaudio, Genelec, JBL, Mackie, Meyer Sound, PMC, Quested, Tannoy, Westlake), as well as some monitor-size hi-fi speakers (B&W, Lipinski, Meridian, ProAc, Sonus Faber). The two speakers I most wanted I couldn’t afford. I'm a huge fan of English active monitors, especially ATCs, so I naturally gravitated toward ATC’s SCM20ASL. Unfortunately, at $8000/pair, they were out of my league. The other speaker I loved was PMC’s AML1, at $8500/pair -- even more, but wow, what sound. 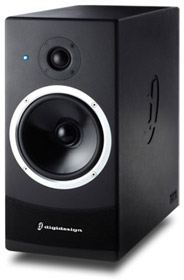 Then I read a reviewer I trust -- Hugh Robjohns of Sound on Sound -- on the new active speaker from Digidesign. Their RM2 is designed and built by PMC. Robjohns wrote, "My two favourite benchmarks for this size of monitor are the stunningly impressive PMC AML1 active two-way, and the remarkable K+H O300 active three-way. While I’m not sure the RM2 quite matches the AML1’s resolution, it’s not far off at all, and it would certainly give the O300s a challenging time. . . . I was actually quite taken aback at what these Digidesign speakers are capable of delivering."

Me, too, once I’d heard them. The Digidesign is now, and has been for the last two and a half years, the speaker I listen to 8 to 10 hours per day, most every day (unless the warden lets me out for a temporary vacation). I have them in a nearfield arrangement, and where most people place studio monitors at about 45 and 135 degrees, I have mine closer to 30 and 150 degrees, pointed with the tweeter axes crossing just behind my head as I type, and directly at my head when I lean back to rest. When I got these installed, I went straight for Miles Davis’ Kind of Blue. I was looking for the woodiness of Paul Chambers’ bass and the spit of Davis’ trumpet in "So What," and Bill Evans’ delicate caress of the piano in "Flamenco Sketches." All were there, as well as more pronounced bass than from the JBLs. They also allowed me to listen through some of my own mixes and hear everything more precisely. But the most amazing trait of the Digidesign RM2s is that, right up until they’re playing loud enough to overload my room (yes, they do play that loud; the spec says 113dB, and I’m inclined to agree), they seem to just disappear with almost all music. The only recordings they can’t pull that trick with are the lousy "stereo" mixes of the 1960s, in which all instruments are shoved into the left channel, all voices into the right. Those mixes still sound like the crap they were when first released. 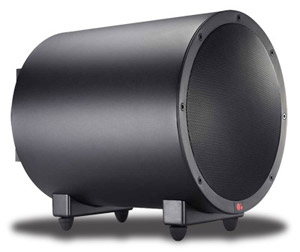 The only fault of the RM2s was one they share with all small monitors: no bottom octave. So I added a compact but quite powerful subwoofer from Gallo, the TR-3 ($1000). It operates from 40Hz down and does the job quite nicely.

Now, with the RME and Digidesigns on board, I decided to get rid of the Dell XPS. The computer was noisier than hanging on to a 747’s wing during takeoff, and the vaunted ultra-service from upgrading to Dell’s XPS system was a joke. No one could ever help me beyond the mantra of "You need to reinstall Windows." So, after two years of fighting Dell, I started looking for a replacement. That’s when I discovered Rain Recording.