That’s right. Braxton. The cardigan-wearing, pipe-puffing cypher who plays every reed instrument under the sun and gives obscure titles to his avant-garde compositions. He loves the Okie from Muskogee so much that he and his bandmates -- guitarist Nels Cline, trumpeter Taylor Ho Bynum, and drummer Greg Saunier -- devote an entire hour of this four-hour improvised session to him. According to the other dedications on Quartet (New Haven) 2014, he also digs Janis Joplin, Jimi Hendrix, and James Brown.

Could it be that some people have viewed Braxton through a lens tinged with racial assumptions and anti-intellectualism all this time? Have we equated his cardigans with an eggheaded devotion to the weird when, in fact, he has the same catholic tastes many of us share?

So let’s set aside what we may have thought of Braxton previously and listen.

Recorded in June 2014 at Firehouse 12, in New Haven, Connecticut, the four performances begin with 59 minutes named for Hendrix, who exploded onto the music scene with Are You Experienced when Braxton was 22 and two years away from making his own groundbreaking For Alto.

The first thing to realize about these “dedications” is that Braxton makes the connections in the loosest way possible. So, if you’re expecting Cline -- one of the most versatile guitarists in any musical genre -- to crank up the feedback and over-the-top blues phrasing à la Hendrix, you’d be missing the point. Instead, the Hendrix-inspired improvisation is an exercise in interlocking call-and-response, with the four musicians exchanging rapid-fire dialogue. It begins slowly and moves like waves, rising and subsiding in intensity. Bynum and Braxton had already worked together for almost a decade by 2014, and there is a natural flow as the saxophonist develops lines and the trumpeter burbles or blasts under and around him. Braxton moves easily between horns, shifting to one from the lowest register to begin a section of short expressions from the others. 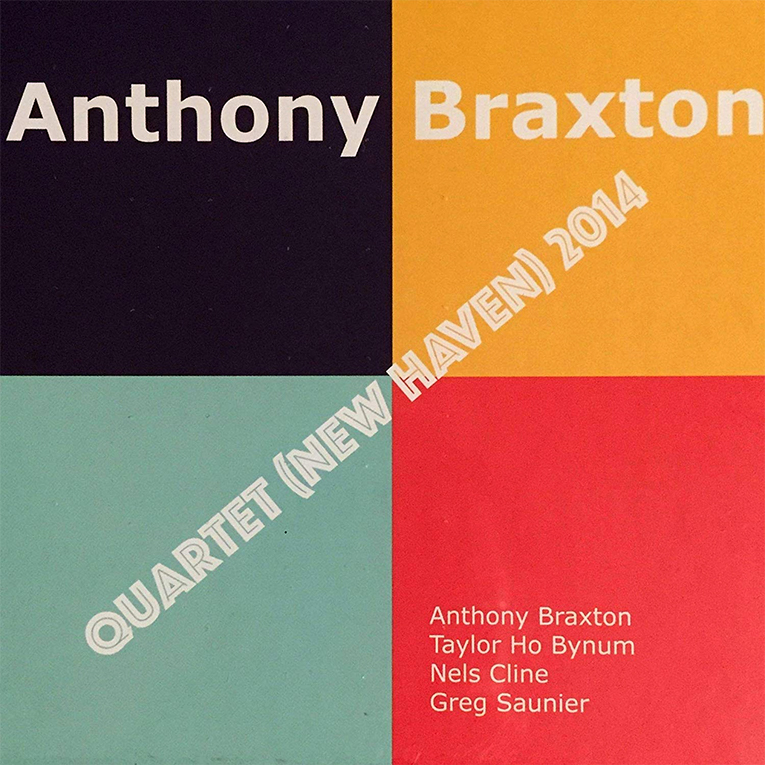 A common misconception about free improvisations like these is that the individual musicians can go wherever they want. Braxton demands careful listening, and his approach rewards players who can truly create spontaneously -- eschewing pre-conceived ideas or pat phrases they’ve relied on in previous engagements. This approach is perhaps most challenging for an electric guitarist, who must rely on external effects and amplifier settings to alter tone and attack. Cline is a master of creating in the moment, but he is somewhat restrained through the early portion of the Hendrix dedication. Through the middle section, he accompanies a raucously skirling Braxton with a series of coruscating streams of electronic sound. Hendrix, who came of age in a different era of amplification and tone manipulation, would, no doubt, marvel. Later in the piece, Cline rises to the fore, raising his volume to play bent chords or shredded notes in the same dynamic range as Bynum and Braxton.

The Joplin-inspired improvisation begins in a melancholy mood, with a muted Bynum and minor-key Cline setting a blues tone. About five minutes in, the guitarist begins a series of rising and falling runs in a dark, fuzzy tone, and Saunier charges forward, tumbling through several variations of tom-tom-based gestures. Cline’s motivic arpeggios return, accompanied by Bynum on open horn, creating as much of a thematic chorus as you’ll hear in this music.

While there is no shortage of intense moments in the Joplin dedication, the blues returns in various forms, including a beautifully sad section by Braxton and some gorgeous, understated soloing by Bynum, played over dirge-like long notes by Braxton and Cline, and some expressive percussion.

The James Brown comes out in the Brown dedication just a few seconds in, when Braxton hits a couple of deeper-than-deep bass saxophone notes. Not that he’s about to break out some Maceo Parker funk, but Braxton is no stranger to a great R&B riff, and his early fascination with marches showed that he knows how to connect atonal music with highly structured rhythm. This is more like a threat to break out into “Mother Popcorn” at any second: there are feints toward getting funky, gravelly shouts and drum rolls that seem to portend something more. But, again, this is about inspiration, not indulgence; Braxton is reminding us that -- despite protests by some of his detractors -- his music comes as much from the black Southern tradition as it does from Europe.

As for Haggard, the connection between this 57-minute group improvisation and the Bakersfield Bard may have to remain a mystery, except that Braxton clearly shares the late country singer’s love of freedom in all its forms. Like the other three performances, this piece is an uncompromising exchange between four artists who have distinctive voices and the ability to listen and respond with extreme selflessness.

Skillfully recorded by the Firehouse 12 crew, which includes Bynum, Quartet (New Haven) 2014 captures this one-time collaboration in great detail, providing exceptional separation and a sonic experience that carries the listener from the intimate sound of Braxton’s fingers on his horns to the full-scale roar of the ensemble.