Duke Ellington and Billy Strayhorn. Pat Metheny and Lyle Mays. Jazz has produced some highly productive and long-lasting collaborative relationships, but none has lasted as long as the one between bassist/composer Steve Swallow and guitarist John Scofield. They’ve worked together, off and on, since Scofield’s 1980 recording, Bar Talk, so it seems appropriate that the guitarist turn to Swallow for both inspiration and collaboration on his debut for ECM Records.

Their relationship actually dates back to the mid-’70s, when the talented young Scofield moved from Connecticut to Boston to attend the Berklee College of Music. Swallow, already a renowned bassist at the age of 34, arrived to teach at Berklee after several years in California. In a nice piece of symmetry, Swallow made his ECM debut, Hotel Hello, the same year he arrived in Boston.

The move to Berklee cast Swallow in a new light. He was previously known for his work as a highly complementary bassist in Jimmy Giuffre’s influential trio, and with Stan Getz and Gary Burton, but Swallow’s writing -- which included compositions like “Eiderdown” (1965) and “Falling Grace” (1966) -- rose to prominence when several of his songs were transcribed in The Real Book, a collection of lead sheets collated by Berklee students. While the bulk of the book consisted of standards, Swallow consented to have his originals included, which led to young musicians like Scofield popularizing them on the bandstand and on recordings.

Swallow’s reputation as a composer expanded even more when he joined Carla Bley’s big band in 1978, and then began to work with her in a popular duo. When they became romantically involved in 1991, they formed one of the most potent compositional couples in the history of modern music -- a relationship that continues today.

Now 79, Swallow remains both one of the most recognizable voices on electric bass -- his instrument of choice since 1970 -- and one of jazz’s most distinctive composers. His tunes are wry and complex yet highly melodic, and also possess some of the most cryptic titles in the canon.

No slouch at writing wry tunes himself, Scofield is another singular instrumental voice -- a guitarist who can be identified by a single slur or bent note. If he’d merely chosen to record nine of Swallow’s songs for his ECM debut, that would be reason enough for excitement; add Swallow himself on bass and long-time collaborator Bill Stewart on drums, and you have a recording that truly stands apart. 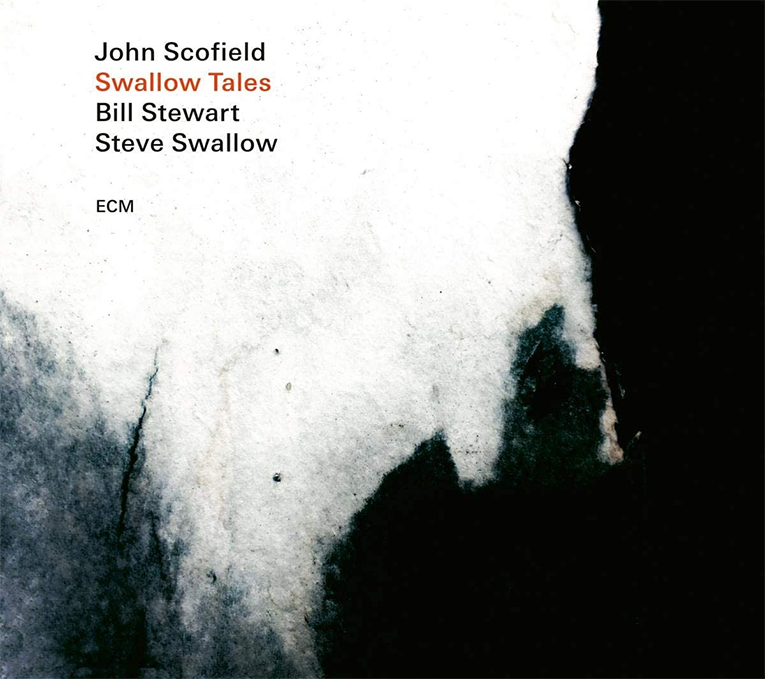 “Eiderdown” is the oldest composition here, and in fact is the first song Swallow will admit to writing. He burned everything he wrote prior to 1965, he claims. It’s been recorded often, and is usually arranged to sound as light as the title suggests. Not here. Scofield and Swallow dig in from the opening notes, with the bassist chasing the leader through the slalom-course melody and Stewart sounding both lithe and determined until he breaks out into a tumbling solo filled with tom-tom accents. Scofield’s playing might well serve as a sampler of what sets him apart: the harmonic lead lines, the sly asides, rapid picking, and tart tone. It’s all here.

“Falling Grace” from 1966 is the second composition Swallow will admit to, and it’s probably his best known. Like “Eiderdown,” the form is circular rather than linear, which suits Scofield’s aesthetic extremely well. As an ensemble work, it can seem like a bit of alchemy, because the parts don’t sound like they should fit this tightly. Scofield doesn’t give any quarter during his opening statement, so that it might well work as a solo performance. Swallow’s bass playing, up to his solo break, is a walking form, but it’s made up of short bursts of notes. By rights, that shouldn’t fit as snuggly as it does against the guitarist’s playing, and Stewart charges right up the center. It shouldn’t work, but in these hands it absolutely does.

The tune “Hullo Bolinas” is from Swallow’s California sojourn, inspired by the Marin County bay just north of San Francisco. As the composer has told the story, the road to the bay is filled with nausea-inducing turns, and the melody is indeed a bit woozy-sounding, prime ground for some of Scofield’s signature squawks and harmonics. While Scofield doesn’t eschew the use of outboard effects -- his pedal board includes close to a dozen boxes -- his tone never sounds less than organic. He uses electronics judiciously, and always in the service of the music.

Another early piece covered here is the opening “She Was Young,” a lovely, lightly swinging song inspired by poet Robert Creeley’s work. Again, the bassline could safely be classified as a walking approach, but Swallow’s “steps” never follow the expected path. A bit wobbly but never uncertain, his lines always create odd counter-movement, and Scofield plays off this type of movement very effectively -- particularly in his solo, where he introduces some double-time picking, as well as some distinctive bent-note yelps. 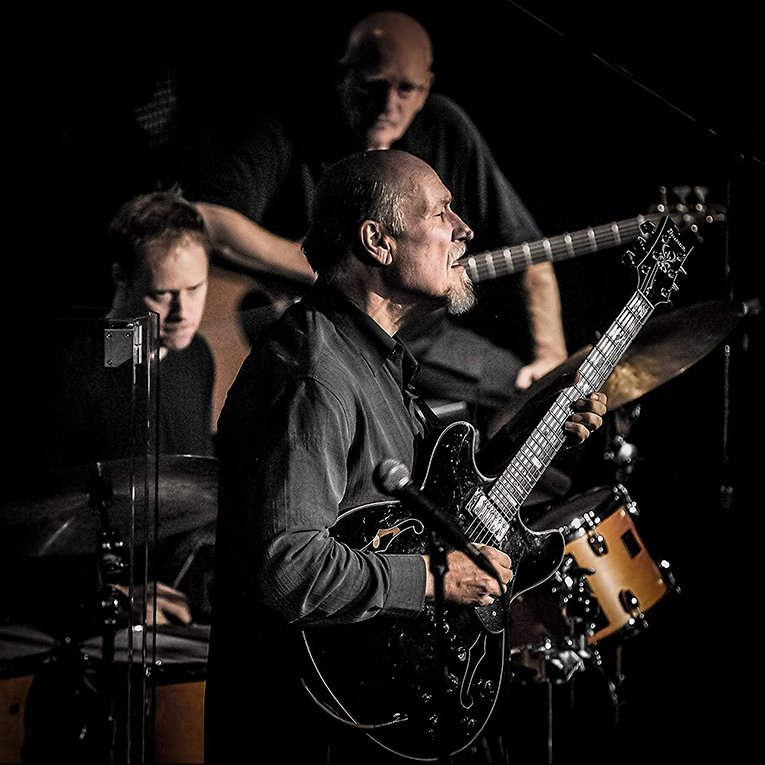 As noted, Swallow continues to compose actively, and some of his later work is represented by “Awful Coffee,” which is usually paired with his wife’s “Greasy Gravy” in concert, and “In F,” from 2010. As Scofield points out in his notes, “Awful Coffee” is taken much slower here than Swallow and Bley usually play it, and the relaxed pace gives the guitarist extensive room for improvisation. Cole Porter inspired “In F,” and you can sense his impish humor in the chord structure, highlighted by the interplay between Scofield and Stewart.

If you’re a musician and want to delve more deeply into Swallow’s music, you can find lead sheets for his compositions -- many in his own hand -- on the website he shares with his wife. In keeping with the spirit of The Real Book, Swallow posts all his work to enable others to explore and share his music.

At 68, Scofield is a welcome -- if belated -- addition to the ECM roster. As with the move of pianist Vijay Iyer to the label a few years ago, it’s an indication that label head Manfred Eicher hasn’t abandoned his commitment to American improvised music, and in providing artists like Scofield and Swallow the opportunity to present their work in ideal sonic settings.