In this era of social media dominance, it’s still possible for artists to mature and develop a distinctive voice and musical approach in relative isolation. At least, that’s true in a country as large and regionally self-sufficient as Canada. The proof is in my discovery of Gordon Grdina, a Vancouver-based string player.

In the mid-aughts, Grdina’s band Box Cutter was the opening act for a show I was reviewing at Vancouver’s 200-seat East End Cultural Centre. In the years following the 9/11 attacks on New York City and Washington, D.C., naming a band Box Cutter seemed like an act of punkish nihilism. Imagine my surprise, then, when Box Cutter turned out to include the brilliant clarinetist François Houle and be devoted to the music of Jimmy Giuffre. Grdina revealed himself as a slashing, energetic player who put me in mind of John McLaughlin in the era when he first moved to New York to play with Miles Davis and Tony Williams. He had the ability to rapidly pick lead lines associated with complex harmony, and a tone that ranged from astringent minimalism to a broader spectrum that reflected more than a passing knowledge of rock guitar. And I wasn’t even aware of his interest in the oud at that point.

Neither was I aware of his background study with bassist Gary Peacock, work that helped explain Grdina’s ability to meld lyricism with angular rhythm. Here was a “local” player who thought globally -- a rarity, and one to watch.

In the intervening 15 years, Grdina has stretched out even more -- embracing the folk music of his Vancouver colleague Dan Mangan and delving more deeply into Turkish music on the oud. Like trumpeter Dave Douglas in a similar stage of his career, Grdina has explored many styles, and often operated overlapping bands in addition to his work as a sideman. 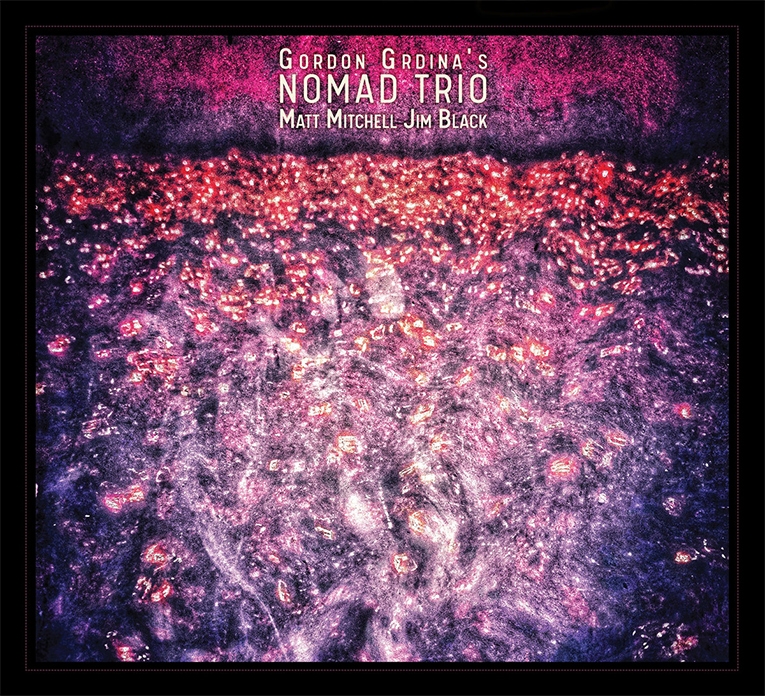 Now 42, the guitarist has formed a fascinating, high-energy trio with improvising musicians Matt Mitchell, piano, and Jim Black, drums. Both make for interesting choices. Mitchell, who deserves a much broader audience, has shown himself to be one of the most versatile pianists of his generation, and his extensive work with saxophonist Tim Berne positions him well for collaboration with Grdina. Like Grdina, Berne is an unorthodox player who alternates between linear phrasing and tangled, squalling bursts of sound, and in Berne’s band Snakeoil, Mitchell proved to be an exceptional partner. More recently, Mitchell has added depth and texture to Douglas’s rangy Dave Douglas Quintet. Black is also a Douglas alumnus, albeit from a much earlier time. In the Tiny Bell Trio, Black introduced himself as a wholly unpredictable percussionist. It is no exaggeration to state that one never knew exactly how he would alter the rhythmic path he was blazing. Once, I was floored when Black reached down behind his drums and re-emerged with a length of heavy chain, which he brought down on his kit for an unforgettable accent.

Listening to the opening track, the aptly named “Wildfire,” you can imagine Grdina briefing Mitchell and Black to expect -- and create -- the unexpected. The performance announces itself with several choruses of atonality, and by the one-minute mark it’s clear that this will be an experience that requires deep listening. With Grdina, Mitchell, and Black improvising their way through the compositions, there are any number of combinations possible.

Free improv is not everyone’s preferred listening experience, but Grdina’s single-line phrasing -- another characteristic of his playing that struck me when I first encountered him -- constantly carves a clear enough route that this could well serve as a great introduction for how three musicians create in the moment, listening and responding, leading and following. What stands as the “title” composition, “Nomad,” takes a somewhat different approach, alternating between group improvisation and solos by Grdina and Mitchell. “Ride Home” goes the opposite way, with the trio churning and tumbling together.

“Benbow” shows yet another side of the band, and brings my original McLaughlin reference point to mind again. In his opening solo, which sounds especially vibrant in John Rahm’s mix, Grdina slowly unspools the melody, revealing a side of his playing not always evident during his passages of rapid picking. He’s an unusual combination of harmonic depth and unbridled power, and in Mitchell and Black he’s found bandmates who can weave themselves around him or run with him at full throttle.