Looking back over his incredibly prolific 22-year recording career, which has generated close to 40 albums under his leadership, you may find it difficult to remember that trumpeter Dave Douglas was something of a late bloomer. Born in 1963, he was a week away from turning 30 when he went into Sear Sound in midtown Manhattan to record Parallel Worlds, his debut on the Soul Note label. That noted, the New Jersey native was anything but a musical neophyte when he made that recording; he had been honing his sound since he was nine, including almost a decade on New York City's downtown music scene.

The son of an IBM executive, Douglas attended a private high school in New Hampshire before moving on to the Berklee College of Music, the New England Conservatory of Music, and New York University, yet his post-graduate work was positively old school -- busking on the street, touring with hard bop master Horace Silver, and jamming with other hungry young turks on the Lower East Side.

In the 1980s the area between East 14th Street and the Financial District was a laboratory for improvised music -- much as it had been for avant-garde music 20 years earlier and for punk in the 70s. Cheap rents, an artist-friendly vibe, and an abundance of rehearsal and performance locations made the East Village a prime place for collaborative exploration.

Genre-hopping composer John Zorn was based there. So was guitarist Elliot Sharp. Another influential guitarist, Bill Frisell, was a fixture too, before lighting out for Washington State in 1988. More than a decade younger, Douglas worked hard to find his niche, as did another newcomer, saxophonist Louie Belogenis, a self-taught musician who was drawn to the ecstatic playing of Albert Ayler. Their paths would diverge in the 90s, with Douglas moving from creative peak to peak with multiple projects and Belogenis remaining a vital voice with a tighter focus but a much lower profile. 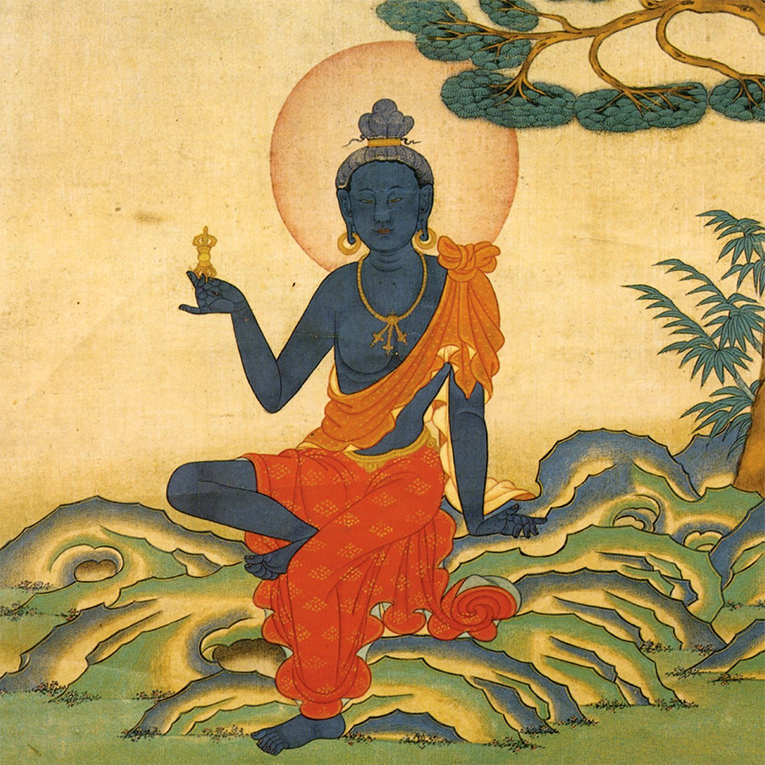 Zorn -- ever the team builder -- has remained a common factor, and in 2014 he reunited Douglas and Belogenis for an evening of improvisational music at The Stone, his East Village performance space. That reunion sparked the idea for a recording, Blue Buddha, which combines Douglas and Belogenis with bassist Bill Laswell and drummer Tyshawn Sorey -- an exceptionally creative rhythm section.

Although the compositions are jointly credited, this is a Belogenis-driven project -- informed by his decades-long Buddhism practice and structured like the free-blowing sessions that have dominated his career. That makes Douglas's participation even more interesting, given that he has seldom delved into collective improvisation on record since the 80s. While he turned heads initially with his repertoire of extended trumpet techniques and willingness to explore far outside the mainstream -- as defined by the dominant trumpet voices of the time (Wynton Marsalis, Roy Hargrove, Terence Blanchard, et al.) -- Douglas has a solid core of melodicism in his playing and has developed a parallel reputation as a highly lyrical composer. In that regard, he has followed the model of trumpeter Kenny Wheeler, who dabbled in free jazz alongside John Stevens, Evan Parker, and others in the 60s, but built his reputation on his love of romanticism.

As free improvisation goes, this is not as coruscating or as dense as might be expected, given Belogenis's work with drummer Rashied Ali in the band Prima Materia. Although -- following a contemplative 12-minute opening piece filled with portent -- Belogenis blows fierce, acrid-toned choruses, Douglas usually remains grounded, parrying the saxophonist's cries with breathy long tones or low-pitched burbles. The exception is "Wrathful Compassion," which finds Belogenis and Douglas trading torrents of notes over electronic distortion and a thicket of percussion.

"Double Dorje" pairs Belogenis with Sorey for a high-energy duet that showcases the drummer's quick hands and fluid imagination. Where most drummers in this genre sound like their goal is to fill every gap with a curtain of percussive motion, Sorey is far more thoughtful and strategic.

Zorn, who produced the set for his Tzadik label, loves acoustic sound, so it is interesting to hear what he does with a combination of three acoustic instruments and Laswell's electric bass. The chosen soundstage pushes the sax, trumpet, and drums forward, leaving Laswell as a liquid-sounding presence under it all. Bass fans may not love it, but it is an attractive mix for the music being played.

One constant in Douglas's career development has been change, and the change has been overlapping, with one focus of exploration or type of ensemble supplanting the preceding one without ever completely replacing it. To this point, he maintains no fewer than six "current" projects and an additional 14 that are available "by special request." Even his so-called string ensemble -- the band that recorded Parallel Worlds -- can be booked if the price and timing are right.

While the range of these ventures is extraordinarily broad -- from the electric sextet Keystone to acoustic ensembles that are inspired by the music of Wayne Shorter, Jimmy Giuffre, Don Cherry, and Randy Weston -- the soul of each is the warmth of Douglas's tone and his restless spirit. In that regard, he remains in the sway of Miles Davis, who always sounded like himself, whether he was playing hard bop, shifting time signatures, or electric jungle music.

And if his quintets of the 1950s and 60s remain the quintessential Davis settings, so too is Douglas's quintet his most logical "home." Currently including saxophonist Jon Irabagon, pianist Matt Mitchell, bassist Linda Oh, and drummer Rudy Royston, the quintet has been together for eight years, and Brazen Heart is its sixth studio album. In recent times the quintet has also been the vehicle for Douglas's most heartfelt playing. 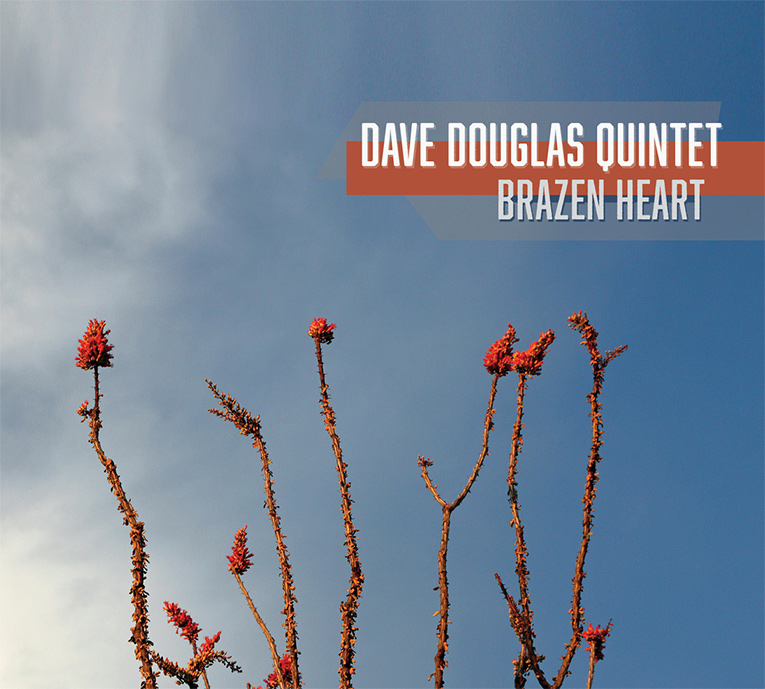 Released in 2012, Be Still was a set of spirituals inspired by the death of his mother. Now Brazen Heart is dedicated to the memory of his older brother, who died of cancer earlier this year. Which is not to say that Brazen Heart is mournful or downcast. In fact, even the spiritual standard "There Is a Balm in Gilead" ripples with energy and features uplifting solos by Irabagon and Douglas.

Douglas's writing for his quintet features surging themes and plentiful cross-movement between the players. Inspired by Wayne Shorter, Douglas seeks to give his bandmates maximum freedom within his compositions, so ideas appear and bloom unexpectedly, and pieces like "Hawaiian Punch" take unusual paths into delightful places.

Like Zorn, Douglas owns his label and is meticulous about the way his recordings sound. His production of Brazen Heart offers exceptionally present sound, with terrific separation between the various components of Royston's drum kit and extraordinarily good bass tone.