Jason Isbell: "Something More Than Free"

Few things resonate in America as well as redemption tales. Alabama-born singer-songwriter Jason Isbell has a fine one to tell, bouncing back from an alcohol habit so bad it got him fired from the hard-living Drive-By Truckers in 2007, when he was just 28. Isbell's crash was particularly disappointing because he seemed to be living out the kind of disastrous self-destruction portrayed in some of the Truckers' darkest songs while proving himself to be the most promising young writer to come out of the South since Steve Earle.

While Isbell's alcoholism didn't impair his ability to continue to write magnificent songs like "Alabama Pines" or "Stopping By," both of which appeared on his band the 400 Unit's 2011 album, Here We Rest, it was harrowing enough that family and friends -- including singer-songwriter Ryan Adams -- staged an intervention in early 2012.

His sobriety and burgeoning relationship with singer Amanda Shires fuelled a quietly spectacular 2013 album, Southeastern, which included "Elephant," a song about cancer so perfect and so pointed that it can draw tears after even multiple listens. 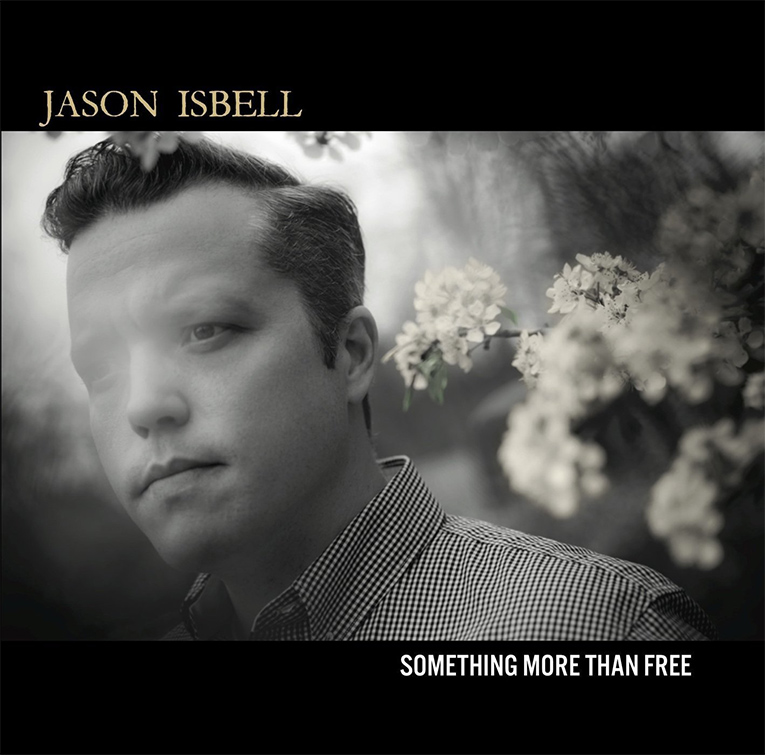 Something More Than Free lacks a gut punch as singular as "Elephant," but it succeeds in making the same kind of transition from Southeastern that Bruce Springsteen made between Darkness on the Edge of Town and Nebraska -- shifting from the first person to the universal without losing his perceptive vision. While songs like "Traveling Alone" and "Songs She Sang in the Shower" from Southeastern were not necessarily autobiographical, they reflected the reality of a person who has undergone the kind of pain and self-loathing that an alcoholic experiences. He still examines his own life on "24 Frames," "Flagship," and "How to Forget," but on other new songs like the sweetly nostalgic "Hudson Commodore" and the stately title composition, Isbell paints fully realized characters far from his own circumstances.

The blue-collar protagonist of "Something More Than Free" is a single-minded man whose existence has been boiled down to nothing more than shoveling the dirt that threatens to bury him in his dreams each night.

I don't think of why I'm here and why it hurts / I'm just lucky to have the work.
On Sunday morning, I'm too tired to go to church / But I thank God for the work.

Isbell is beyond moralizing about him. Is the man a victim of America's hollowed-out middle class? A simple fellow who has bought into the promise that all will be delivered in the afterlife? The power of Isbell's songwriting lies in drawing details so finely that the bigger picture barely matters. The listener is left -- and more importantly, inspired -- to draw conclusions.

Isbell has written insightfully from a woman's point of view before, but the loping "Hudson Commodore" finds him stretching to create a portrait of a stoic Southern woman who looks back with as much satisfaction as she can muster on a life lived on her own terms in a very circumscribed Southern world.

She was in her twenties in the Bible Belt before she knew she didn't need a thing / She didn't
need their pity on a single girl, she didn't need their help to raise the brood / She wouldn't be
returning to her daddy's world, she didn't want a better attitude.

Stripped down to primarily acoustic guitars and Isbell's reedy, heavily accented voice, Something More Than Free continues his evolution to a more elemental -- some would say, more traditional country -- sound. While the Drive-By Truckers and the 400 Unit both reveled in raunchy, ragged, electric guitars turned up to distortion levels, Isbell's sonic world is now decidedly rustic, with amplification sparingly used only for color and emphasis on the anthemic "Children of Children," "To a Band That I Loved," and the poignant leaving song, "Speed Trap Town." Only "Palmetto Rose" begins as a rocker, but even it shifts to an orchestral crescendo for the final verse. Producer Dave Cobb and engineer Matt Ross-Spang integrate the acoustic instruments exceedingly well with the louder elements, and Isbell's presence is strong and upfront no matter what the sonic setting.

As he has unplugged, Isbell has increased the focus on his words. Along with his recovery, that is something for which his fans can give thanks.