Miles Davis was a firm believer that music is colorless. Despite having been an outspoken champion and defender of Black artists and their creative output, the trumpeter recognized that music transcends the petty political stances and systemic racism dominating life in Western democracies.

The world would be a better place if we all made music together, surrendering our egos and preconceived ideas to collective creation; we’d also be better off if business leaders and politicians worked that way, too, instead of leading with their personalities and pushing their own agendas.

Bassist Reggie Washington and his partner, Belgian music promoter and producer Stefany Calembert, argue we must remember that creativity comes from a common well. Black artists have contributed consistently to the evolution of Western music, and contemporary artists from the African diaspora have much to say about discrimination and inequality. Washington and Calembert have curated a broad collection of music that serves as a brilliantly textured statement in support of the Black Lives Matter movement.

Although the music on Black Lives: From Generation to Generation is uniformly entertaining, and sometimes exceptionally stirring, what stands out most is the way that relationships run through the two-disc album. Beyond some obvious familial links—free-improv elder Oliver Lake and his drummer son, Gene; twin brothers E.J. and Marcus Strickland; saxophonist Jacques Schwarz-Bart and his wife, vocalist Stephanie McKay—there are musical interconnections, too. All together, these bonds paint a picture of a unified movement that calls for racial equality. 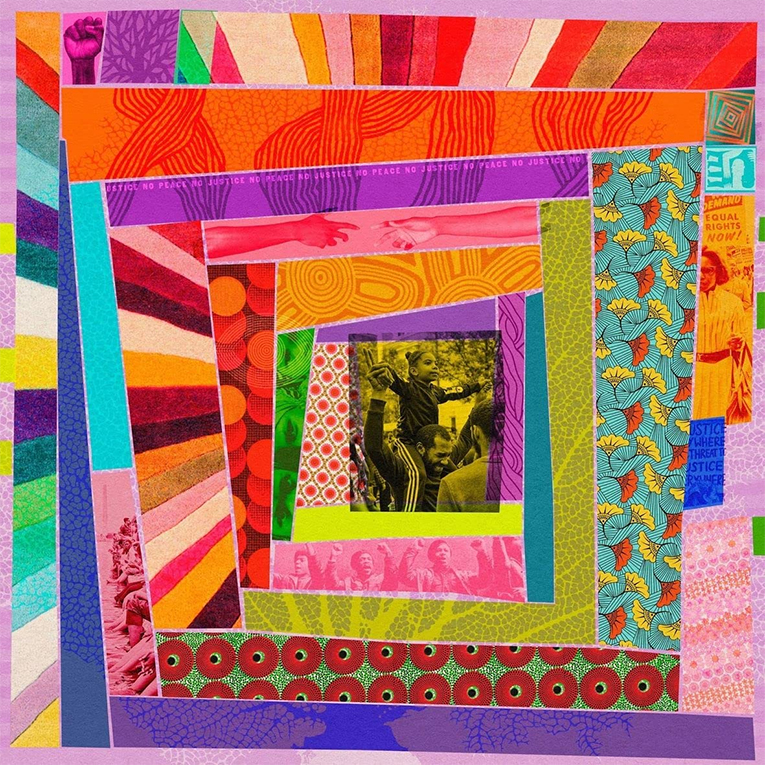 Naturally enough, the recording opens in Africa. A rousing version of Malian bandleader Cheick Tidiane Seck’s “Sanga Bô” features a call-and-response vocal and a rolling rhythm. The combination of a traditional choral backing and rap provides an effective bridge between past and present.

Reed player and rising star Immanuel Wilkins and guitarist Marvin Sewell focus on building bridges in two duets that draw indelible lines between Africa, Mississippi, and New York City. Their sonic dialogue spans musical wellsprings—vectors from country blues and free jazz meet in a form that defies categorization. On his own, Sewell performs an equally timeless tone poem that showcases his nuanced expression on resonator guitar.

While Sewell has brought his metallic, acoustic twang to the music of Cassandra Wilson, Jason Moran, Jack DeJohnette, and others, guitarist Jean-Paul Bourelly takes his playing in a different direction. Inspired by Jimi Hendrix, Bourelly—a Chicago native who has lived in Europe for decades—has electrified the music of Wilson, Moran, and Davis in a style that often echoes his Haitian heritage. His performance of “Masters of Mud (Shape Shifting)” combines his electric guitar with the baritone saxophone of Vincent Henry against a background of sharp rhythmic turns and abrupt, slashing movement.

Guitarist David Gilmore, who has passed through some of the same bands as Bourelly, is joined by his drummer brother Marque in a multifaceted performance of “We Are Here.” Along with Bourelly’s contribution, this track stands as one of the highlights of Black Lives. Over exceptional acoustic and electronically generated drumming, rapper Sharrif Simmons delivers a manifesto that condemns those who continue to feed off the artistry of Black musicians for their own pleasure and gain:

A similar contrast dominates Washington’s “Walk,” which pairs opera singer Alicia Hall Moran with DJ Grazzhoppa, who conjures up the sound of marching feet. This art song is so well realized that I was left wishing for a libretto to flesh out the plot.

South African singer Tutu Puoane joins Belgium’s Ewout Pierrreux, on Fender Rhodes piano, for “From the Outside In.” The way this heartfelt song balances a gospel feel with a call for revolution reminded me of both Nina Simone and Aretha Franklin.

The need for revolution is clearly expressed on “Pre-existing Conditions,” a poem of exasperation recited by Oliver Lake. Linking the killings of Eric Garner and George Floyd by police, the track’s chopped-up background features Washington and Grazzhoppa. Guitarist Adam Falcon joins keyboardist Etienne Stadwijk for “Colored Man Singin’ the Blues!” This stomping, anthemic tune mirrors the sound of Lenny Kravitz. 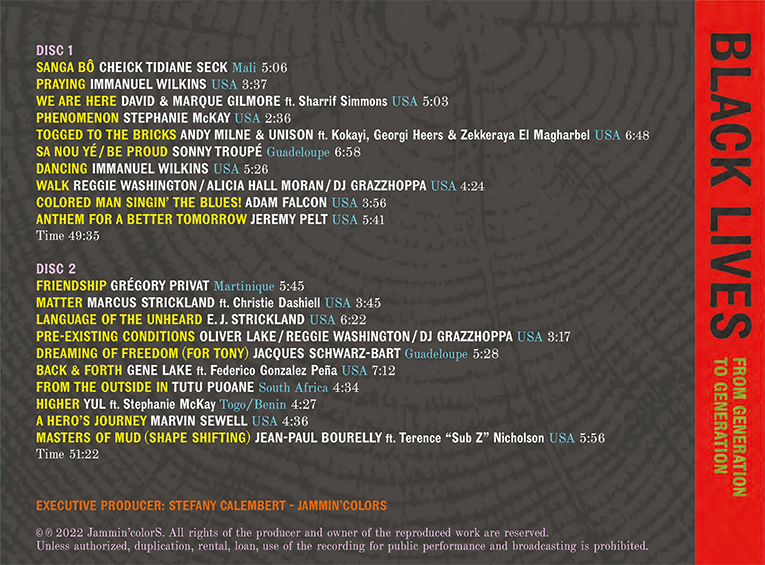 If Kravitz is a touchpoint for Falcon, Gene Lake channels the seminal jazz-rock fusion band Return to Forever on “Back & Forth,” with rumbling percussion, popping electric bass, and synths.

Both drummer E.J. Strickland and keyboardist Grégory Privat steer closer to contemporary jazz. The former combines Wilkins on sax with upcoming vibist Joel Ross on a churning rendition of his “Language of the Unheard.”

Available commercially on March 25, my copy of Black Lives: From Generation to Generation arrived shortly after the death of influential Black culture writer Greg Tate. This confluence reminded me of the importance of Tate’s efforts to erase boundaries between genre lines—demarcations that are often imposed by White marketers and mainstream media. These 20 performances effectively smear those lines, leaving no doubt that Black music remains a dominant force; the album presents us with powerful voices that have the potential to drown out social discord.