The plot is relatively simple and, like those of Williams’s more famous screenplays, deals with the underbelly of the American South, populated by down-and-out characters who will never achieve their dreams. A drifter, Valentine “Snakeskin” Xavier (Marlon Brando), ends up in a small, seedy Louisiana town when his car breaks down. His good looks capture the attention of various women -- a store owner, Lady Torrance (Anna Magnani); Carol Cutrere (Joanne Woodward), a former civil-rights activist turned alcoholic; and Vee Talbot (Maureen Stapleton), the local sheriff’s somewhat artistic wife.

Lady’s husband, Jabe (Victor Jory), returns an invalid from a hospital stay and remains in the apartment above the mercantile store owned by the Torrances, pounding his cane on the floor whenever he wants something from his wife. Lady hires Val to work in the store, and eventually they fall in love. But the townsfolk, mostly prejudiced do-gooders headed by Sheriff Talbot (R.G. Armstrong), contrive to run Val out of town. 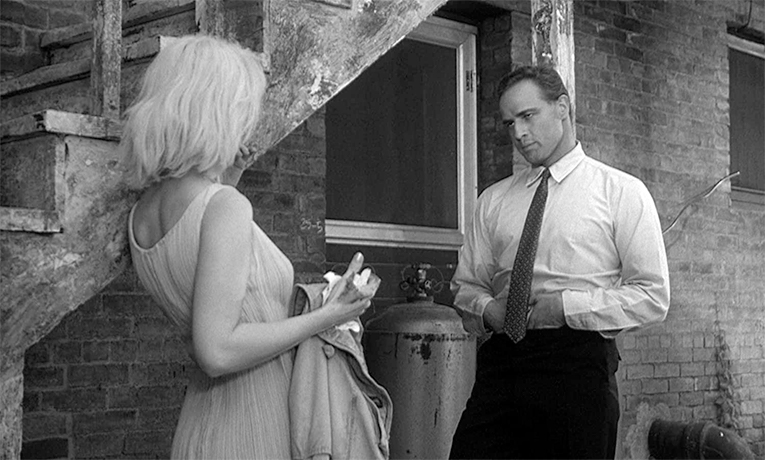 Brando convincingly underplays Val -- he’s a drifter you want to love, with unrealistic dreams that nonetheless sound beautiful when he talks about them. Brando’s characterization is subtle and smoldering, and Magnani, as the more demonstrative Lady, makes a good dramatic foil to his quiet conviction. Joanne Woodward’s hysterical, over-the-top performance, however, seems better suited to Broadway than Hollywood. Maureen Stapleton, whose portrayal of Vee Talbot falls somewhere between the styles of the two other actresses, turns in what is perhaps the most realistic character portrait of all. However, director Sidney Lumet seems unable to blend these very different acting choices into a cohesive ensemble -- I watch The Fugitive Kind more for its fantastic individual performances than as a coherent whole.

Criterion’s transfer to video of this 1.66:1, black-and-white film is lucid and clear. Details are impressive, and the many close-ups let us deep into these characters’ inner emotional lives. The audio transfer is generally good, if at times a trifle harsh, the latter no doubt an artifact of the film’s original sound.

The most effective extras are the inclusion of television productions of three one-act plays by Williams, produced by Kraft Television Theatre and broadcast live in 1958, during the so-called Golden Age of Television. Lumet directed all three: Moony’s Kid Don’t Cry, The Last of My Solid Gold Watches, and This Property Is Condemned. The broadcasts were recorded as Kinescopes -- the detail and contrast are minimal -- but they’re still worth watching. 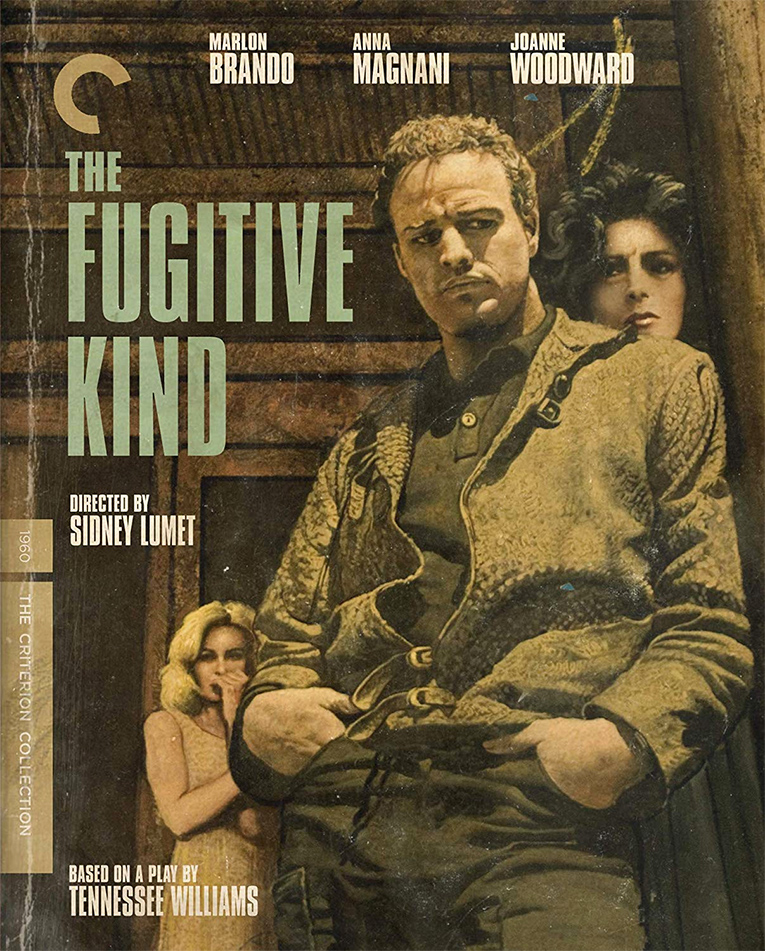 There’s also an interview with Lumet from 2009 two years before his death, and a program from 2010 discussing Williams’s Hollywood career, in particular The Fugitive Kind. Film critic David Thomson wrote the booklet essay, which is accompanied by a generous number of black-and-white stills from the film.

Though not top-drawer Tennessee Williams, The Fugitive Kind is worth watching for the power of the actors’ individual performances. Criterion has presented it in as favorable a light as it will probably get.

Be sure to watch for: In the beginning of the film, Val is questioned by a judge whom we hear but whose face we never see. The camera doesn’t move -- one can marvel at Brando’s soft-spoken monologue without distraction. A great piece of work.