Charlotte Vale (Davis) is an awkward, frumpy spinster entirely under the control of her domineering mother (Cooper). Depressed, Charlotte is sent to a sanatorium in the woods, where Dr. Jaquith (Rains) restores her to a semblance of normality. The final stage of the treatment is a cruise on a luxurious ocean liner, where she meets the unhappily married Jerry Durance (Henreid). They fall in love, and in Rio de Janeiro consummate their romance, an event the film only just barely suggests in those days of the Hays Code. 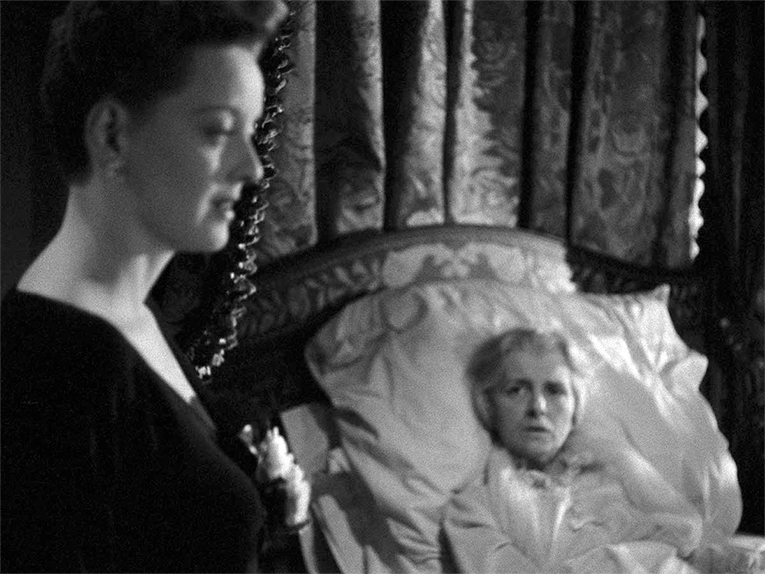 After the cruise Jerry returns to his wife and daughter, and Charlotte to Boston. There she at last stands up to her mother, who has a heart attack and dies. On a return visit to the sanatorium, Charlotte runs into Jerry’s daughter, Tina (Janis Wilson). Seeing that the girl suffers from problems similar to those that plagued her own youth, Charlotte anonymously takes Tina under her wing and succeeds in giving her a much happier life. In Charlotte and Jerry’s final scene, on a balcony of the sanatorium, when they realize that their love for each other will never be fulfilled, Charlotte utters the film’s famous final line: “Oh, Jerry, don’t let’s ask for the moon. We have the stars!”

Davis’s impeccable performance is deeply moving as she makes Charlotte’s transformation from insecure ugly duckling to poised socialite impressive and believable. She makes the viewer believe that she is Charlotte Vale, not merely Bette Davis playing a role. It’s hard to believe that she didn’t win that year’s Academy Award for Best Actress in a Leading Role, her fifth nomination for that prize in as many years, after Jezebel (1938), Dark Victory (1939), The Letter (1940), and The Little Foxes (1941). (She won only for Jezebel.) Henreid and Rains are both just right for their roles. Cooper, chewing the scenery, makes a living nightmare of Charlotte’s mother, and was nominated for an Academy Award for Best Actress in a Supporting Role.

It’s hard to believe that Now, Voyager is 77 years old -- in this transfer, it looks as if it were made yesterday. For that we can no doubt thank the 4K scan and Criterion’s meticulous removal of splices, scratches, warps, and debris. The result is the epitome of a black-and-white film: bright whites, inky blacks, and every shade in between. The sound is a bit less successful, if only because of its age. The dialogue is crisp and understandable, but some of the all-important musical cues of Max Steiner’s score are slightly distorted and harsh. 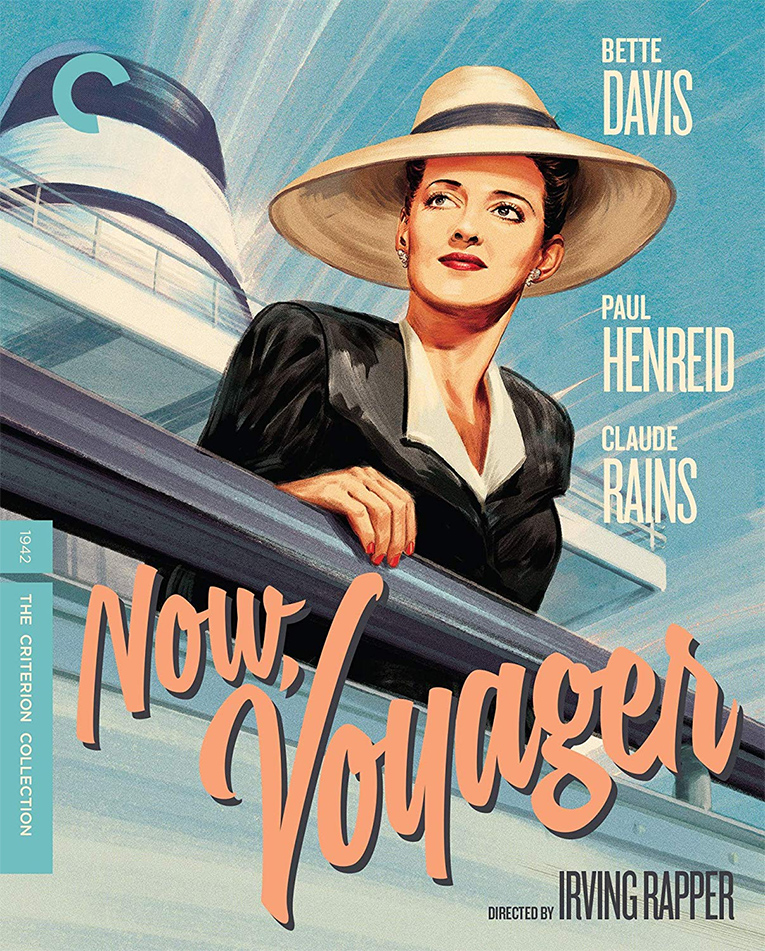 There are many extras: short interviews with Henreid, film critic Farran Smith Nehme, and costume historian Larry McQueen, as well as an excellent discussion of Steiner’s score, which won that year’s Oscar for Best Music. Also included are two radio adaptations of the film, and the printed booklet includes two essays: one by film scholar Patricia White, and one from 1937, on acting, by Davis herself. However, the extra I most enjoyed was a 1971 episode of The Dick Cavett Show in which Davis shares a wealth of information about the job of being an actor.

Now, Voyager is of course well known to Bette Davis fans, who with this transfer can revel in the restored look of the film. Newcomers to Davis can experience her at the height of her career, in a remarkable performance that has endured more than three-quarters of a century.

Be sure to watch for: As the refurbished Charlotte descends the cruise ship’s gangplank and steps into a smaller vessel, we first see her stylish shoes; the camera then pans up to show her svelte body and wide-brimmed bonnet; and finally, she tilts her head to reveal those famous Bette Davis eyes. Criterion justly salutes this unforgettable entrance by printing an artist’s rendering of it on this edition’s cover.