Magnificent Obsession was the first book written by minister Lloyd C. Douglas (1877-1951), in 1929. Douglas would go on to write many other books, including The Robe (1942), usually considered his best. Universal Pictures acquired the film rights to Magnificent Obsession, and in 1935 John M. Stahl directed a black-and-white version, starring Irene Dunne and Robert Taylor, that received good notices. A second film version, this one in Technicolor and starring Rock Hudson and Jane Wyman, was directed in 1954 by Douglas Sirk, king of the 1950s Hollywood “weepies.” Most people consider the later version to be the better of the two, but I’m not one of them. Fortunately, this two-disc set contains both versions.

What Douglas most wanted to convey was the Christian principle of compassion for others, manifested as anonymous kindnesses that would never be repaid. To convey this message, Douglas and, later, the screenwriters told a preposterous story of redemption: Bob Merrick (Hudson/Taylor) does harm to Helen Phillips (Wyman/Dunne). When, as a result, Helen is blinded, Merrick communicates with her anonymously, trying to make restitution for the harm he’s done while falling deeply in love with her. He eventually becomes a stellar brain surgeon, and in the end performs surgery on Helen to restore her sight and save her life. (Helen’s surname changes from version to version. In the book and the 1935 film it’s Hudson, but since the star of the 1954 version was Rock Hudson, to avoid confusion Helen became Helen Phillips.)

The 1935 film is as often criticized for its comic-relief character, Tommy Masterson (Charles Butterworth), as it is for the act-one wisecracking of Bob Merrick (Taylor). Its tone is also dry, due to a relative lack of background music. To my mind, the extremely frivolous first part of the 1935 version makes Merrick’s later conversion almost believable -- or as believable as anything is in either filming of the novel. In the 1954 version we’re told that Merrick is a playboy, but Hudson plays this more subtly, as if forecasting his eventual redemption. And the 1954 version goes to the other extreme in providing way too much music -- Frank Skinner’s swooping strings tell us how to feel long before we get a chance to feel things on our own. 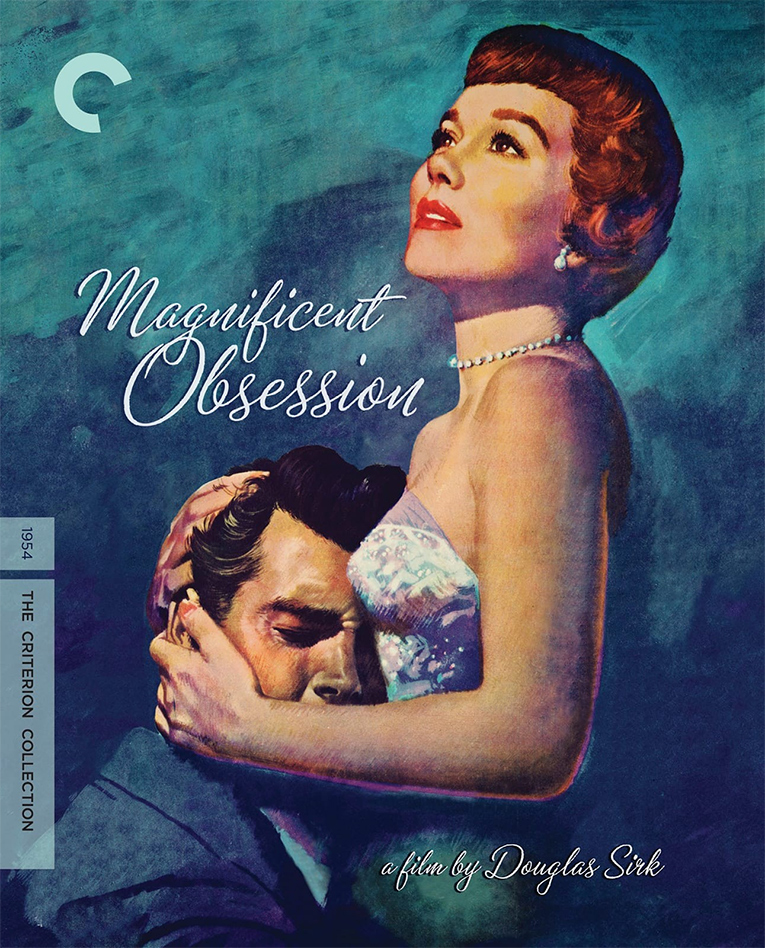 Each film catapulted its male star to box-office fame. Dunne and Wyman were both great actors, and each adds a personal touch to her version. I prefer Dunne -- Wyman often seems too matronly for the part. The 1954 version does have the advantage of Agnes Moorehead as the ever-faithful nurse.

Lovers of Sirk’s direction should feel well served by the beautiful video transfer. Colors are rich and full, though they don’t pop as vividly as in many Technicolor films of the era -- apparently because Sirk didn’t want them to. Detail is excellent, as independent film director Allison Anders points out in her supplement -- you can now easily tell that Merrick’s pajamas really are made of silk.

Large portions of the film are dark, and the shadow contrast is excellent. The sound is OK for the dialogue, but there’s often mildly unpleasant distortion in the music. The restored 1935 version is crisp black-and-white, with proper contrast and excellent definition. 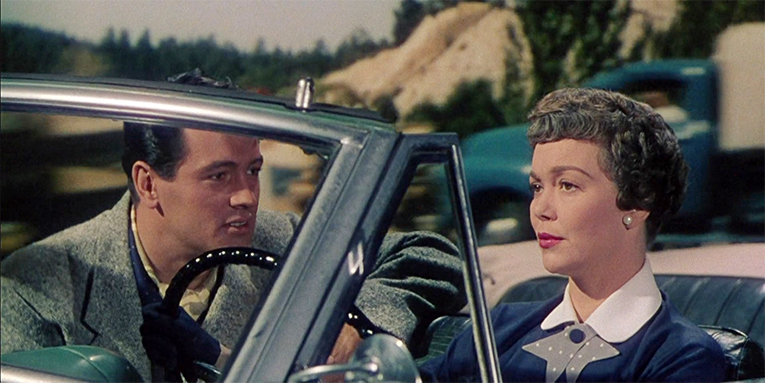 The extras include a feature-length commentary by film scholar Thomas Doherty that is entertaining and informative. There are interviews with Anders, director Kathryn Bigelow, and screenwriter Robert Blees. The last was made in 2009, shortly before Blees died, and is particularly entertaining. Then there’s an 80-minute German documentary from 1991, From UFA to Hollywood: Douglas Sirk Remembers. Directed by Eckhart Schmidt, it’s one of the most curious extended interviews I’ve ever seen. Sirk, shot as a talking head from a single unchanging angle, is interrupted every minute or so by descriptive title cards that I found so intrusive I wanted to scream and rip them out. In the final two or three minutes we are treated, without explanation, to a faded, badly filmed Hollywood drive-in film, accompanied by absolutely hideous music (Schmidt’s own). Sirk fans might find it interesting; others might want to pass. There’s also a printed essay, by film critic Geoffrey O’Brien, that deals more with the 1935 version than do the video supplements.

We are also given, as an “extra,” the entire 1935 film -- but why no extras about Dunne and Taylor, who were major stars -- or, for that matter, more about Lloyd C. Douglas himself?

In my opinion, the 1954 version of Magnificent Obsession is an overrated, three-hankie tearjerker shamelessly calculated to bring a tear to the eye. However, I can assure Douglas Sirk fans, and anyone who loves this version, that Criterion has given it the high-gloss treatment they would desire.

Be sure to watch for: Except for faces and hands, the scenes in the operating room are almost black and white. It’s very effective, and helps give one a feeling of uncertainty about how the operation will end.