The story of Klute is simple. Somewhere in the Midwest, a man goes mysteriously missing. The only clue to his whereabouts is the phone number of a call girl, Bree Daniels (Fonda), in New York City. Peter Cable (Charles Cioffi), a friend of the missing man, eventually hires their mutual friend John Klute (Donald Sutherland) to find him or, at least, proof of his death. But what on the surface is a simple mystery story is merely a frame on which is built a complexly layered study of a working woman’s life and personality, and what happens when she falls in love with the man investigating her. 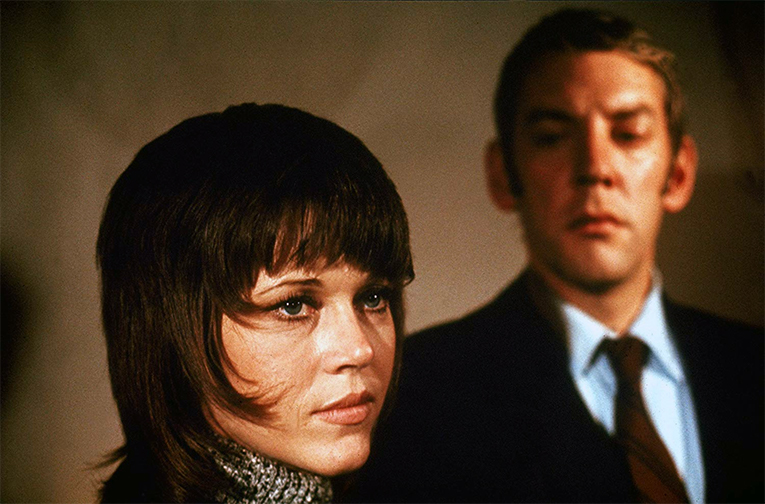 Fonda spent a week in New York City, hanging out with prostitutes, and slept in her apartment set for three days to go deeper into her character. Her performance is flawless. Sutherland scores more quietly, mostly hiding his emotions, but letting us know through extremely subtle facial expressions and body work what’s going on inside John Klute.

It’s worth noting that Klute is the film that made Fonda’s shag haircut a must for so many young women, and helped bolster the popular miniskirt craze. She has stated that many of her costumes were merely her own clothes, but several, including a gorgeous gown, were aptly designed by Ann Roth.

The cinematography and musical score also play a great part in the overall mood of the film. The cinematographer was Gordon Willis, sometimes called The Prince of Darkness. Willis was the cinematographer for the three Godfather films, for which he earned his Prince of Darkness rep -- as well as for Woody Allen’s Annie Hall, Manhattan, and Interiors. For Klute, Willis created a design of shadow and light that seemed to trap Bree in a prison of her own making. In his eerie score, Michael Small uses high-pitched instruments to heighten the tension of some scenes -- but many scenes in Klute are accompanied by no music at all. 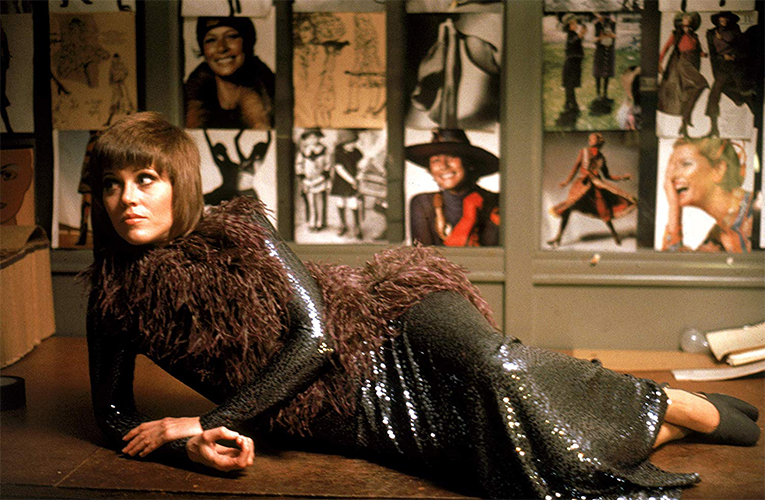 Criterion’s transfer of the film, originally shot in an aspect ratio of 2.39:1, is stellar in every way, and even Willis’s scenes of darkest contrast reveal much intricate shadow detail. Klute was shot in Technicolor, and the hues are dark and rich, with lots of presence. The monaural soundtrack, remastered from a 2” magnetic tape, is first-rate: clean and crisp, with no distortion.

The most outstanding of the many extras is a period interview with Fonda that begins with a long segment from a House committee hearing in which she articulates her thoughts and feelings about the US’s bombing of Hanoi. Watching this segment is a chilling experience -- I came away feeling that Fonda was just right for the part of Bree Daniels. 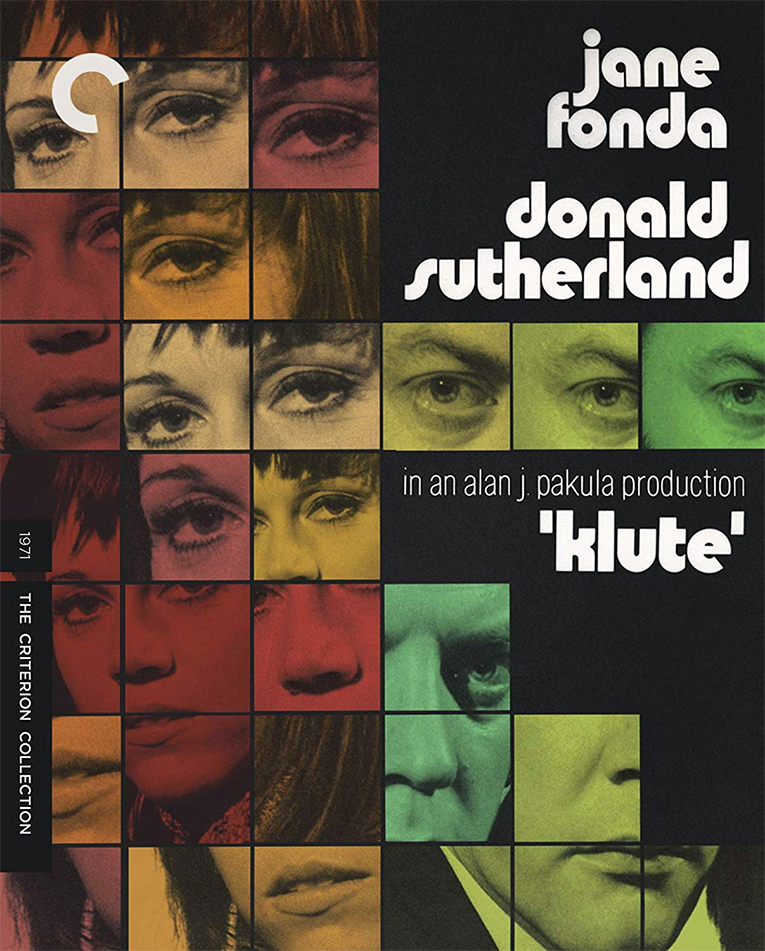 There’s also a new interview with Fonda, conducted by the actor Illeana Douglas, and an overview of Klute with documentarian Matthew Miele, film scholar Annette Insdorf, director Steven Soderbergh, and Charles Cioffi. Other extras are a segment of The Dick Cavett Show with Pakula as guest, and a printed essay by film critic Mark Harris. Most important, the booklet includes interviews with Pakula that provide other information, straight from the horse’s mouth, that aids one’s understanding of the film.

Klute was an important film in that it established strong female characters in leading roles. Criterion has given it the look and sound it deserves.

Be sure to watch for: The scenes in which Bree talks to her psychiatrist (Vivian Nathan). Completely improvised, they’re so real they hurt.