An Oscar-Winning Film Gets the Criterion Treatment

The Heiress, released in 1949, was nominated for seven Academy Awards and won four: Best Actress in a Leading Role, Oliva de Havilland; Best Art Direction/Set Direction, Black-and-White, John Meehan, Harry Horner, Emil Kuri; Best Costume Design, Black-and-White, Edith Head and Gile Steele; and Best Music, Aaron Copland. Ruth and Augustus Goetz’s screenplay was based on their play, which in turn was based on the novel Washington Square, by Henry James. In addition to de Havilland, The Heiress starred Montgomery Clift, Ralph Richardson, and Miriam Hopkins. William Wyler, whose The Best Years of Our Lives had won no fewer than seven Oscars only three years before, directed with a sure hand.

The time is the 1840s, the place Greenwich Village, in New York City. Catherine Sloper (de Havilland), an only child, has been brought up by her father, Dr. Austin Sloper (Richardson), to believe that she’s an ugly duckling incapable of being loved. Under the guise of protecting her, her father constantly insults her with precise and condescending remarks. At a grand ball, Catherine meets the dashing young Morris Townsend (Clift), who seems to fall in love with her, but her father believes that Morris is a fortune hunter hungry for Catherine’s inheritance. While Catherine doesn’t believe this, her father takes pains to point out that she’s simply not attractive enough to win so handsome a suitor. 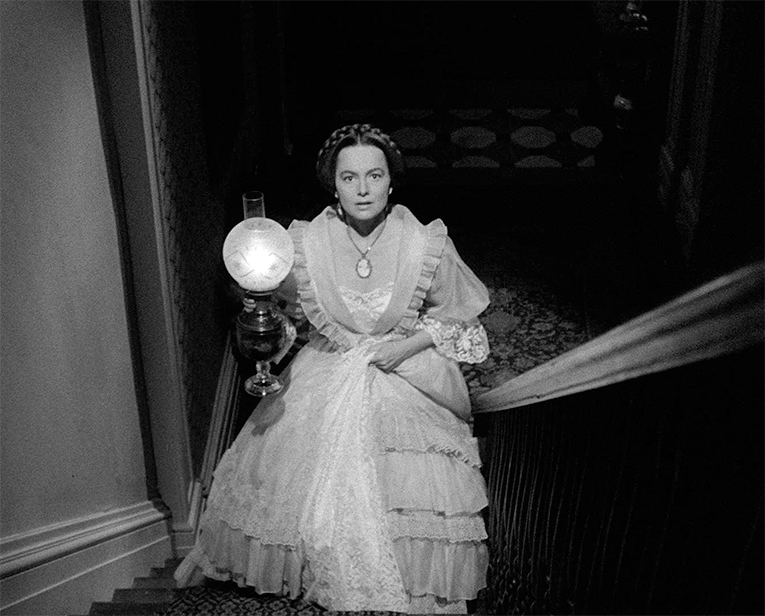 Catherine learns the truth in a devastating scene of abandonment, but instead of letting it destroy her, she begins to become a strong woman sure of herself. De Havilland, playing against type, catches every nuance of this transition, in a marvelous job of acting that fully deserves the Oscar she won for it. A staircase figures prominently in the set -- de Havilland’s expressions as she traverses it run the gamut from despair to triumph.

Ralph Richardson is equally excellent as Dr. Sloper, who can’t forgive his daughter for the death of his wife, who died giving birth to Catherine. He expresses his resentment of her in an aloof, insidious manner, his apparently polite, clipped words nonetheless conveying his hatred. Miriam Hopkins is magnificent as Aunt Lavinia, whose outlook on life, while bubbly and positive, is never entirely unrealistic. Clift is not in the same rank as the other actors, but presents Morris as stoic and sly, and very handsome; given his looks, one can understand how he could manipulate Catherine -- if, indeed, that’s what he’s doing.

Criterion has few peers in transferring black-and-white films to Blu-ray, and The Heiress is one of their best efforts. The 4K images have a sheen that should win over the most vociferous critics of black-and-white film. With perfect contrast and sharpness, the images often have a three-dimensional quality that drew me into the drama. And the mono sound is unexpectedly good for 1949, conveying the dialogue and the score by Copland, in full Americana mode, with equal success. 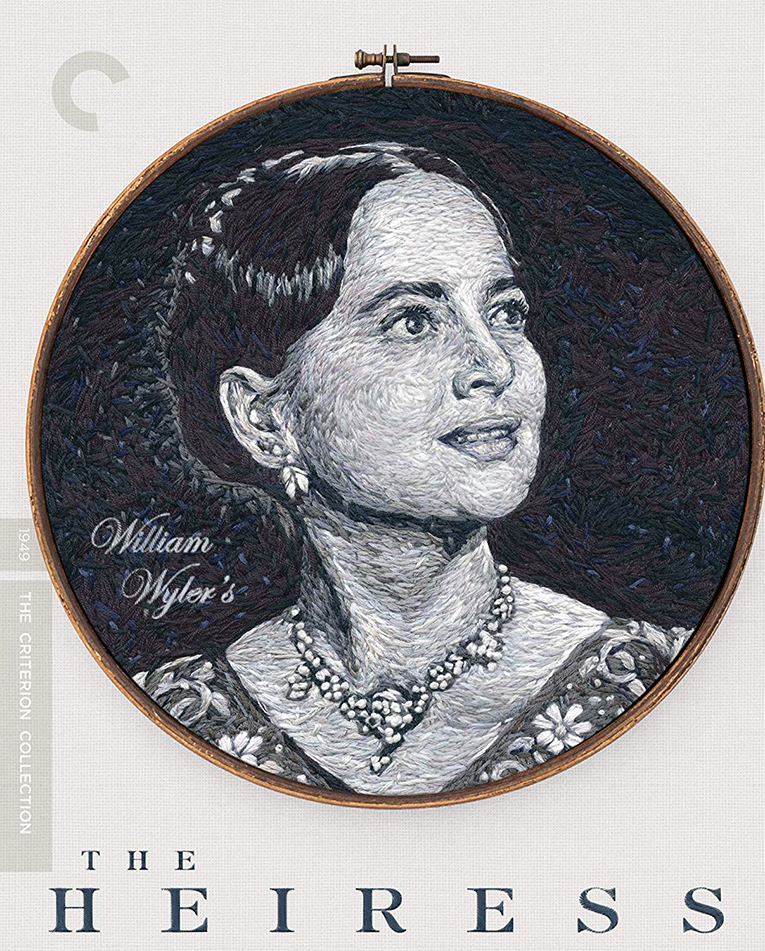 The extras are quite good: an excellent conversation between screenwriter Jay Cocks and film critic Farran Smith Nehme; an interview with costume collector Larry McQueen, who owns one of the gowns designed by Edith Head and worn by de Havilland in the film; The Costume Director, a short film featuring Head, including an appearance by de Havilland on The Paul Ryan Show; a brief interview with Richardson; Wyler’s acceptance speech at the American Film Institute’s Salute to William Wyler, in 1976; and original trailers. My favorite bonus feature is a segment of The Merv Griffin Show with de Havilland, Bette Davis, and Walter Pidgeon. Davis is priceless as she mouths her mutual-admiration statements to de Havilland while smoking one cigarette after another.

This harrowing study of a woman coming to face her destiny features an all-star cast at the top of its game, ably led by one of Hollywood’s greatest directors, and brought to BD in a brilliant transfer from Criterion.

Be sure to watch for: The iconic closing scene of Catherine ascending that staircase as, outside, Morris, after an absence of many years, pounds futilely on the locked front door. We don’t know what will happen, but de Havilland’s sly, triumphant expression tells us that whatever it is, it will be Catherine’s own choice.