Vittoria De Sica and Roberto Rossellini were the chief proponents of Italian neorealism. Rossellini’s Roma città aperta (Rome, Open City) became the movement’s first international success, and De Sica’s Ladri di biciclette (Bicycle Thieves) is the film that has long been considered the epitome of the style: Shot on location, it used nonprofessional actors, and dealt with the trials and tribulations of the working class. 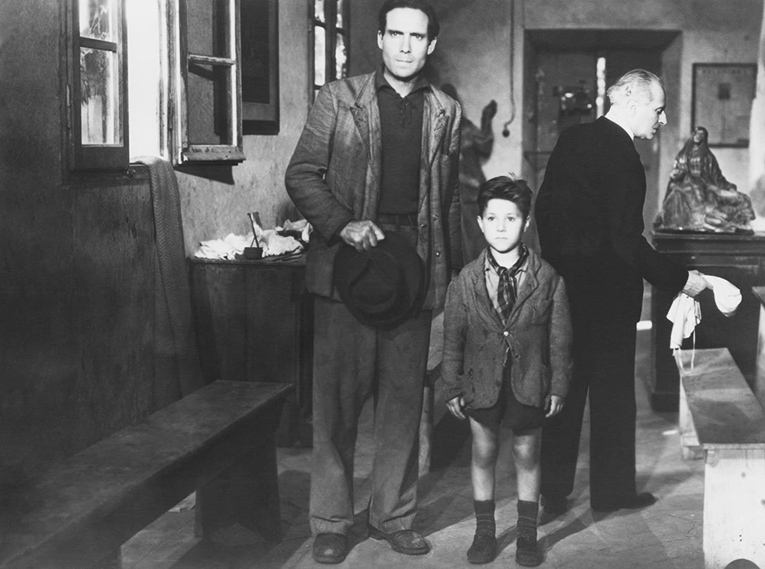 Bicycle Thieves (originally released in the US as The Bicycle Thief) was very loosely based on a novel by Luigi Bartolini. It tells the simple story of Antonio Ricci (Lamberto Maggiorani), a penniless young Roman who’s offered a job pasting up posters around town (one poster is of Rita Hayworth, whose films epitomize the opposite of neorealism) -- but he must have his bicycle to get to and from work. The bike is in hock, but Antonio pawns his wife’s linens to get the money to free it. He’s on the job, everything’s looking up, when the bicycle is stolen. The rest of the film is devoted to Antonio and his son, Bruno, played by the haunting Enzo Staiola, trekking the streets of Rome, looking for the thief.

Were this a Hollywood film, they would find the bike, forgive the thief, and walk off into the sunset. But Bicycle Thieves hews closer to reality -- Ricci becomes a bicycle thief himself. He’s caught, then pardoned, and at last, he and Bruno, filmed from behind, fade into the dingy Roman crowd, their relationship forever changed.

De Sica obtained amazing performances from both of these first-time actors. Maggiorani was subsequently given other roles in a dozen or so films, but neither his film career nor his work as a bricklayer (he’d been discovered doing factory work) took off, and he died in relative obscurity in 1983. Staiola had some success as a child star -- in 1954 he was cast in the American film The Barefoot Contessa, with Humphrey Bogart and Ava Gardner -- but quit movies when he grew up, to become a math teacher. He’s still alive, and contributes some good commentary to one of the extras on this disc. The rest of the actors in Bicycle Thieves seem perfectly cast, down to the smallest walk-on. 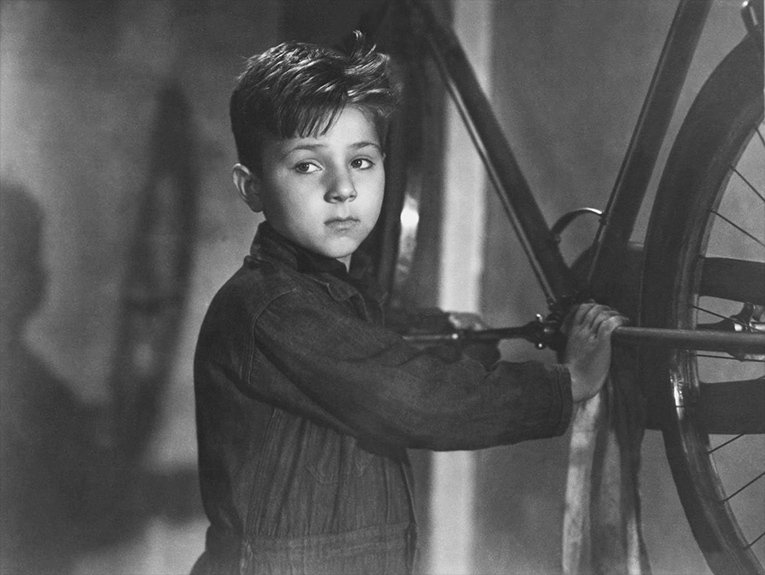 This new Blu-ray release from Criterion Collection features a new 4K transfer that is clean and clear. I mentioned earlier the lack of good film stock in late-1940s Italy -- the images are not the high-gloss, high-contrast black-and-white we expect from American films of the era, but they do seem true to the settings and include plenty of detail. The exterior shots are variable, but the indoor scenes, shot with more controlled lighting, look better, and are often the equal of any other work being done at the time. The sound is a little rough at the beginning, but settles down to being a very good soundtrack, especially as regards the dialogue. The subtitles are well placed and easy to read.

Among the extra features are three documentaries: Working with De Sica, comprising interviews with Enzo Staiola and screenwriter Suso Cecchi d’Amico, with comments from film scholar Callisto Cosulich; Life As It Is, an interview about Italian neorealism with scholar Mark Shiel; and Cesare Zavattini, a short 2003 film about De Sica’s frequent collaborator, who was largely responsible for the story and script of Bicycle Thieves. The last, directed by Carlo Lizzani, contains some very funny and intimate interview material with actor and director Roberto Benigni. In addition to the three documentaries, there’s a booklet essay by critic Godfrey Cheshire, and a collection of “Remembrances” by De Sica and others associated with the film or the director. 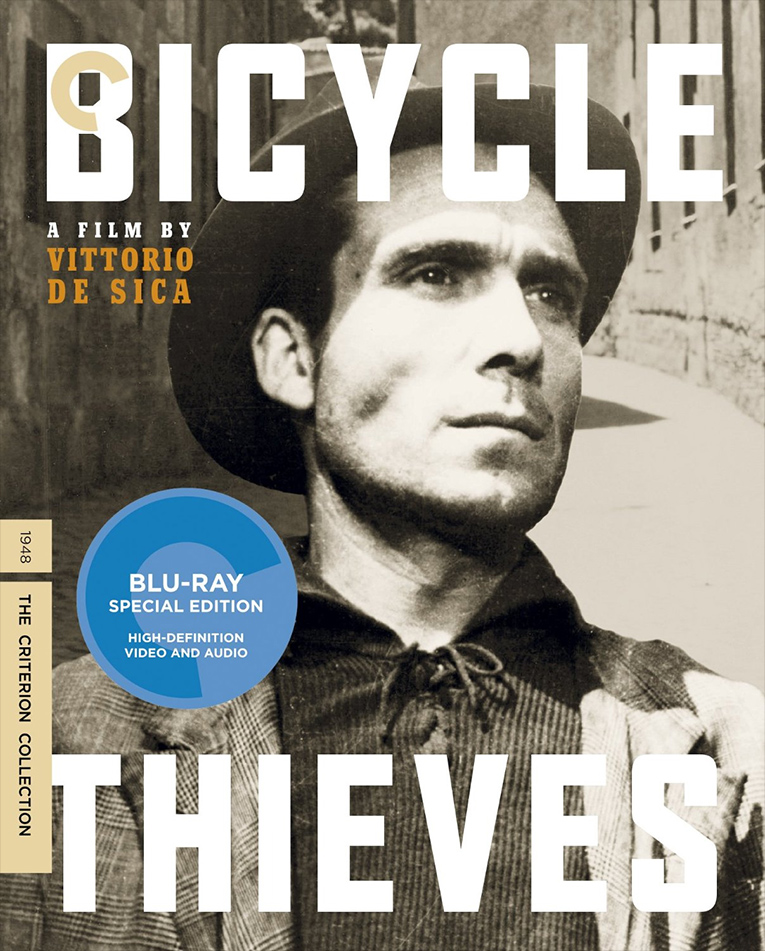 Bicycle Thieves does not seem like contrived cinema, and is generally considered one of the top ten films of all time. To my mind, it’s one of the most poignant movies ever made, one that will move you without obvious manipulation. It also well represents the Italian neorealist movement, which produced few films but had considerable influence in its own era and well beyond.

Be sure to watch for: During their search for the bicycle, Antonio takes Bruno to a restaurant for a sandwich. At a nearby table is a well-to-do crowd that includes a boy Bruno’s age. The two exchange backward glances over their shoulders -- glances that say more than a hundred pages of dialogue.