A Film Noir with Redemption

We usually associate films noirs with urban locations -- cities with streets that glisten in the rain, tall buildings casting long shadows. But, as film historian Imogen Sara Smith, author of In Lonely Places: Film Noir Beyond the City, points out in an enthusiastic interview on this Criterion Collection edition of Robert Montgomery’s Ride the Pink Horse (1947), that’s not always the case. 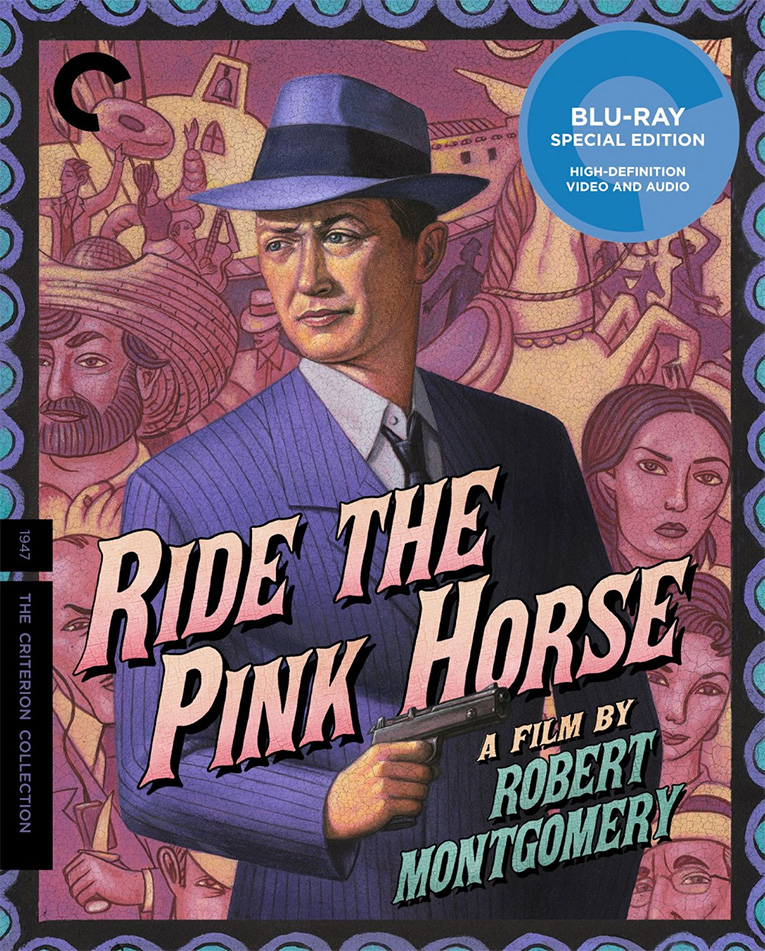 As he had in Lady in the Lake, made earlier in 1947, Robert Montgomery both directed and starred in Ride the Pink Horse, based on the novel by Dorothy B. Hughes. Here he plays Lucky Gagin, a World War II vet who comes to San Pablo, New Mexico -- a successfully disguised Santa Fe -- with revenge on his mind. He seeks out Frank Hugo (Fred Clark), a fat-cat mobster from the East Coast who framed and killed Gagin’s friend. Lucky is about as hard-boiled as they come, but he meets some New Mexican and Native American residents who soften him, and show him what real living and caring are all about.

The characters are likable as they deliver crackling dialogue by Ben Hecht, Charles Lederer, and Joan Harrison. Chief among the townspeople are Pancho (Thomas Gomez) and Pila (Wanda Hendrix). The overweight, blustery Pancho operates a rundown merry-go-round for the children of the town, and for any tourists who wish to part with the fare -- he’s a common, uneducated man with a heart of gold. For his boisterous performance, Gomez was the first Hispanic actor to be nominated for an Academy Award. Pila, a diminutive Native American teen, sees that Lucky needs help and follows him all over town, even caring for him after he’s been beaten up and knifed. The goodness of Pancho and Pila cause Lucky to have a genuine catharsis and redemption. 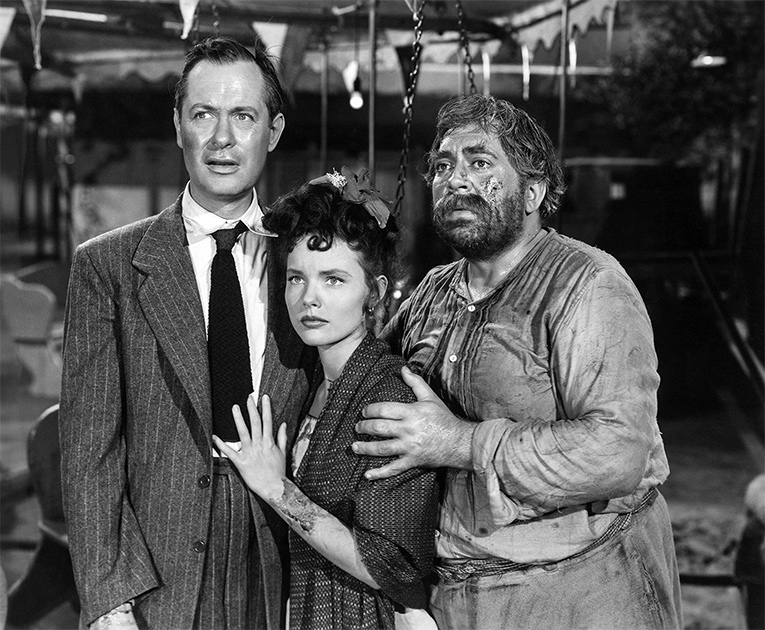 So unlike most films noirs, Ride the Pink Horse does not end in tragedy -- which means that it may not be a film noir at all. Nonetheless, by the end we’ve seen Lucky trapped in a number of bad situations, of both his own making and that of others. Andrea King is on hand as Marjorie Lundeen (you can’t have a film noir without a femme fatale), and much of Russell Metty’s cinematography makes use of the typical noir patterns of shadows and light.

As usual from Criterion, the black-and-white transfer sparkles, and the remastered soundtrack is crisp and clean. The limited but interesting extras offer insights into this film and into noir in general. In addition to the interview with Smith are a full-length commentary by film historians Alain Silver and James Ursini, a booklet essay by film critic Michael Almereyda, and a Lux Radio Theatre adaptation of the film with the original cast.

Be sure to watch for: There are some Venetian-blind shots early in the film that remind one of noir, but it’s the scene of the wounded Lucky and Pila in the alley, as the Fiesta goes on in the streets, that offers genuine noir photography.