Though the city where the action takes place is never named, the opening aerial shot reveals it to be Belfast, in Northern Ireland. There are many shots of Belfast's famous Albert Memorial Clock, completed in 1869, and while the crime syndicate in the film is called the Organization, there's little doubt that this movie is about the Irish Republican Army.

As the film opens, Johnny McQueen (James Mason) and his cronies are plotting a robbery. Though McQueen is the leader of the Organization, he has recently been released from a long prison term, and his men question his ability to lead a heist. Their fears prove valid -- early on, at a critical point, Johnny suffers vertigo and is shot. The rest of the film is devoted to Johnny's long death march as he wanders the city in search of help. As he trudges the streets of Belfast, Kathleen (Kathleen Ryan) furtively tries to find him. At the film's climax, they unite in tragedy.

During Johnny's travels he meets various people; some want to help, some want to turn him in, and others just wish he'd go away. Playing these parts are some of the greatest character actors of the period, actors whose names you'll forget but whose faces will stick in your memory forever. Toward the end he runs into a bird seller, Shell (F. J. McCormick), who lives in a ruined mansion also inhabited by Lukey (Robert Newton), an alcoholic painter who sees Johnny as his muse. 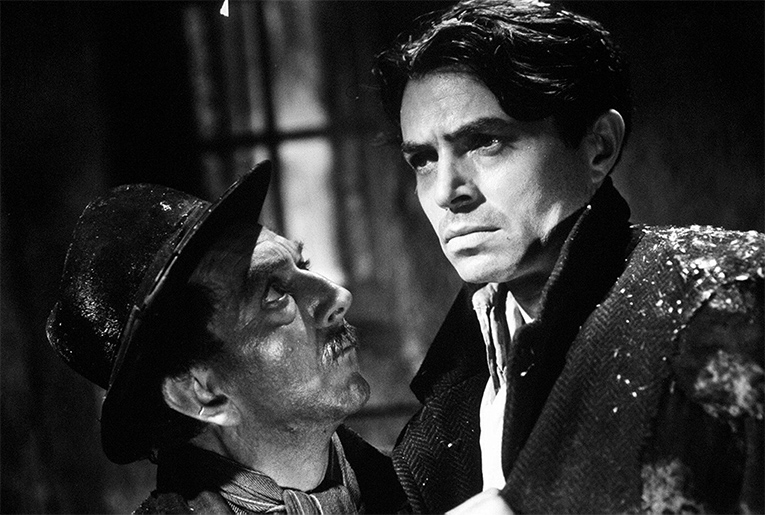 Krasker's black-and-white photography has been faithfully transferred to Blu-ray: wet cobblestones tangibly glisten, tweed and checked clothing have real depth and presence, and cluttered street scenes astound with their definition. And the actors' marvelous faces look very lifelike, with every pore, whisker, and strand of hair visible. This is especially true of Shell, whose days-old stubble, moustache, and messed-up hair are precisely defined.

The sound deserves special mention. To be sure, it's monaural, but it has great weight and clarity. I'd just watched The Babadook, in which the dynamic range was so wide that I often couldn't hear the dialogue, as long as the volume was low enough to keep the loudest sounds from blowing out the walls of my listening room. Odd Man Out's soundtrack includes lots of whispering as well as full-throated dialogue, but I could easily understand every word. The soundtrack does well by William Alwyn's remarkable score, which gets its own featurette among the extras.

Another of those features is an interview with cinema scholar John Hill. In addition, you'll find Postwar Poetry, a new documentary about Odd Man Out, and a curious two-part documentary, Home, James, in which James Mason returns home to his birthplace, Huddersfield, in Yorkshire, to give us a tour and history of the city. Much of Home, James is devoted to music making in Huddersfield, and I found it all fascinating. Finally, there's an audio-only adaptation of Odd Man Out starring Mason and originally made for radio, and a booklet essay by film critic Imogen Sara Smith. 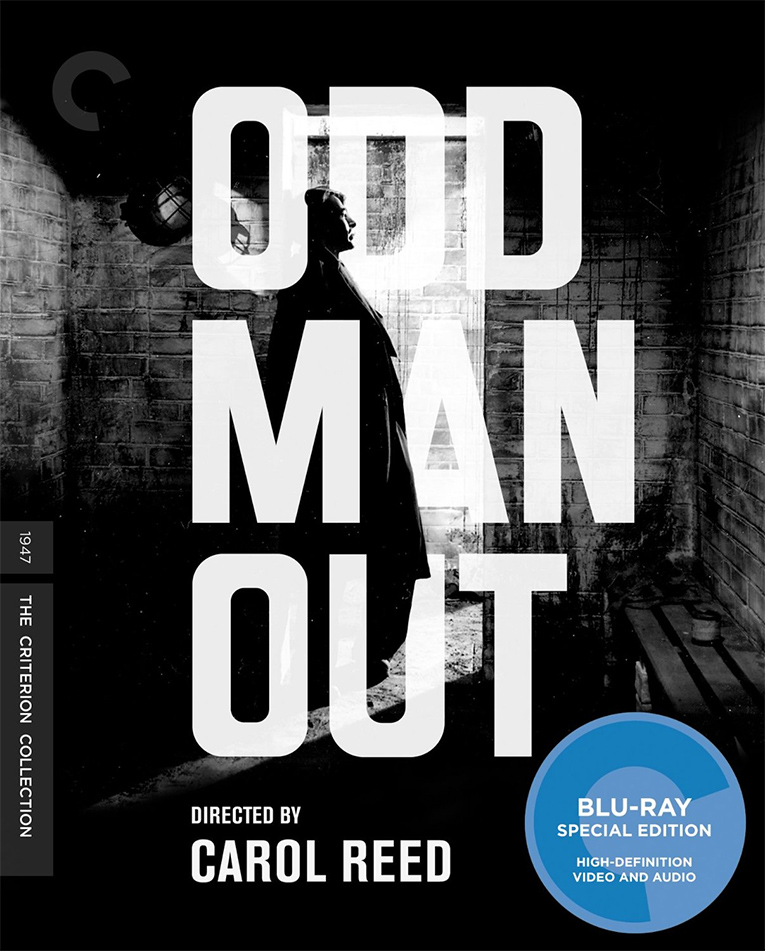 Odd Man Out was the first of a trilogy of masterpieces directed by Carol Reed that continued with The Fallen Idol (1948) and The Third Man (1949), each involving a stranger's quest through a big city. It's an important film in the history of British cinema, and one look will tell you why.

Be sure to watch for: Of the many amazing scenes, I was particularly impressed by the wealth of detail in a seemingly simple scene in which Lukey sits, smoke rising from the stove behind him, his disheveled hair haloed in light.