How Audio Products Are Really Designed

The No.1 speaker brand in the US is now Amazon, with a 26% market share. It took Amazon less than two years to attain this rank.

Those shocking facts should tell you where audio is headed. While the AmazonBasics line of cheap Bluetooth speakers does well, Amazon’s meteoric success in audio is due in large part to the Echo, a voice-command speaker that has sold some five million units since its launch a year and a half ago, and is expected to sell twice that in 2017. 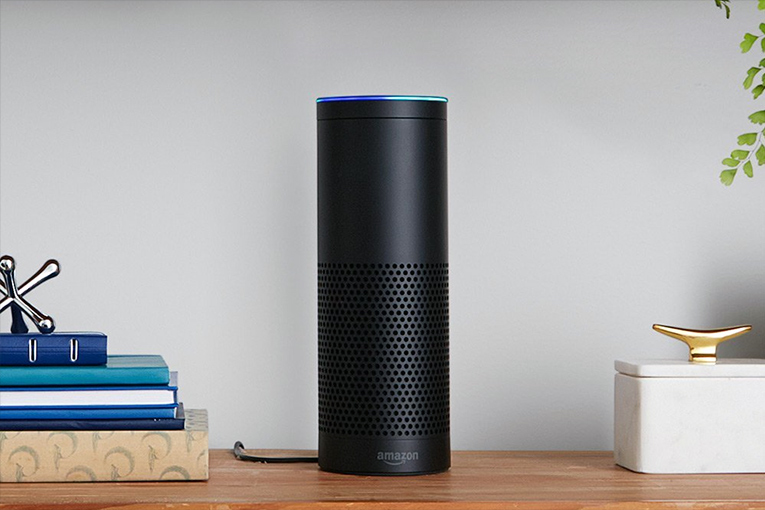 At the recent 2016 Audio Engineering Society (AES) Convention, in Los Angeles, I attended a fascinating seminar, “Develop a Killer Audio Product in Just One Day!,” in which attendees witnessed the entire design process of a proposed Amazon Echo competitor, the speak2me. This seminar showed how radically the design of audio products has changed in the last decade.

Those of us steeped in the lore of high-end audio imagine speakers, amplifiers, and DACs being crafted by passionate artist-engineers striving to raise the sound-quality bar a millimeter or two. For many of the products shown at last October’s Rocky Mountain Audio Fest (RMAF), in Denver, this image remains accurate. However, most modern audio products -- and almost all of the ones available through such mass-market outlets as Amazon, Best Buy, and Walmart -- are the results of the collaboration of experts working at different companies.

That daylong AES seminar began with Scott Leslie, chairman of the product-development track at AES, outlining what sort of product might be able to compete with the Echo. He came up with a definition that included better sound (specifically, more bass) and a driver array that speak2me could use to send its voice responses in a narrow sonic beam directed at the user, so that its replies wouldn’t annoy others. Industrial designer Myk Lum, of LDA, a “Design and Innovation Consultancy,” then presented a basic vase shape with a wide base that could accommodate a larger woofer than the Echo’s. 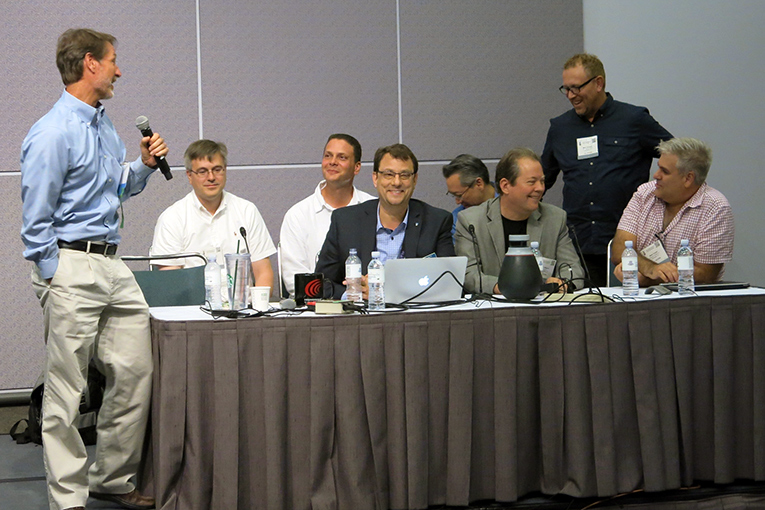 Next up was audio-engineering consultant Mark Trainer, of Minimum Phase LLC, whose task was to figure out how to turn Lum’s concept into a good-sounding, omnidirectional wireless speaker. Trainer’s calculations and experiments showed that the most practical solution would be a combination of a downward-firing woofer and a midrange-tweeter driver firing upward into an acoustic lens. The question of bass loading was easy. “For very small boxes, tuned very low, a passive radiator is the only practical answer,” Trainer said, citing the 3dB increase in efficiency vs. a sealed design, the potential for air noise from a port, and the fact that, unlike a port, a radiator would consume none of the speak2me’s internal volume.

Trainer then provided digital-signal-processing specialist Dr. Paul Beckmann, of DSP Concepts, with a block diagram of the processing functions the speak2me would require: e.g., a crossover between the woofer and midrange-tweeter, a bass booster, and limiters and tuning filters for both drivers. Beckmann showed how he implemented these functions using his company’s Audio Weaver DSP programming interface, and explained how beamforming works: Phase and volume processing are used to allow the microphone array mounted atop the speak2me to focus on the voice of a single user and reject extraneous noise, and the array of six small drivers encircling the speak2me to beam voice responses back to the person who’d given the spoken command.

When I got my first voice-command speaker, the Amazon Tap, I wondered how any small audio company could ever match its capability. As the AES seminar proved, it can if it brings in outside specialists. Dan Carter, VP of Engineering of VoiceBox Technologies, a company that has been developing voice-recognition algorithms for a decade, explained how. An audio company can’t do this on its own because, as Carter explained, “They’re tapping an aggregation of web services from multiple vendors.” Doing anything beyond basic commands such as “Volume up” requires the device to access cloud computing resources and databases through the Internet. And, of course, most or all of the content the speaker will be playing is sourced through the Internet from such services as Amazon Music, Pandora, and Spotify. 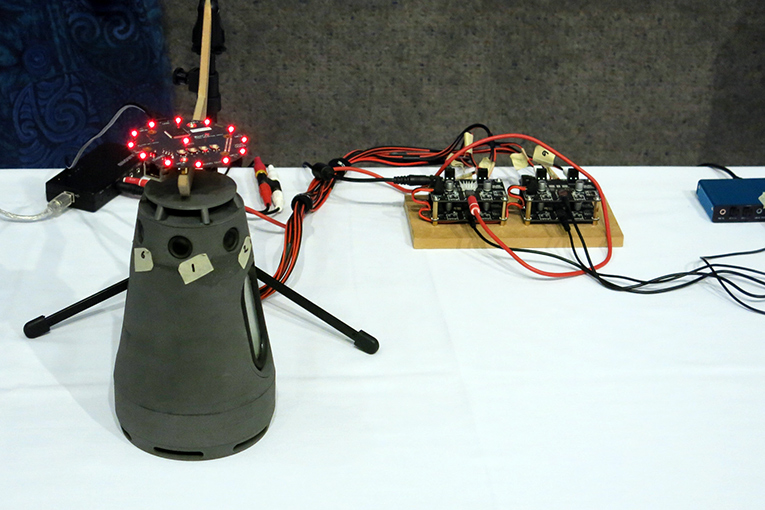 Jonathan Novick, of Avermetrics, then explained how a product such as the speak2me could be tested during development and production to ensure that all of its functions worked as advertised, and that it performed as designed.

There was no discussion of how to build the speak2me -- a product of this sort, no matter what brand it wears, is almost always manufactured by original design manufacturers (ODMs) or original equipment manufacturers (OEMs) whose names you’ve never heard. (An ODM makes a product to your design; an OEM affixes your brand to a product of its own design.) Avermetrics’ Paul Messick walked the attendees through the process of selecting the best ODM for a product like the speak2me, and suggested some guidelines for getting optimal results and consistency from an ODM -- which involves still more experts, working in China and other manufacturing countries, to make sure the ODM delivers the speak2me as designed and on time.

A few days after the AES seminar, as I walked around RMAF, it struck me that some of the exhibitors there are still working in much the way audio pioneers such as Paul Klipsch and Sidney Harman did: building prototypes in a workshop by hand, and fine-tuning their performance through manual trial and error. But this process is now used by only a relative handful of small companies whose combined yearly sales probably represent only a couple weeks’ worth of sales of Amazon’s Echo. Those companies will still be around for years to come, but it’s clear that the future of audio lies in multi-company collaborations involving dozens of experts, most of whom may never meet face to face.

Or, more simply, as Scott Leslie put it when reporting the sales figures for Amazon’s audio products: “That’s where the talented engineers will end up.”