A Cheap Wireless Speaker Shows the Future of Audio

I buy a lot of the audio gear I buy because I think I should. After all, it’s part of my gig to know what’s going on in audio. Recently, one of those products I bought because I thought I should completely changed my ideas about the future of audio, and in just the first few days I owned it. 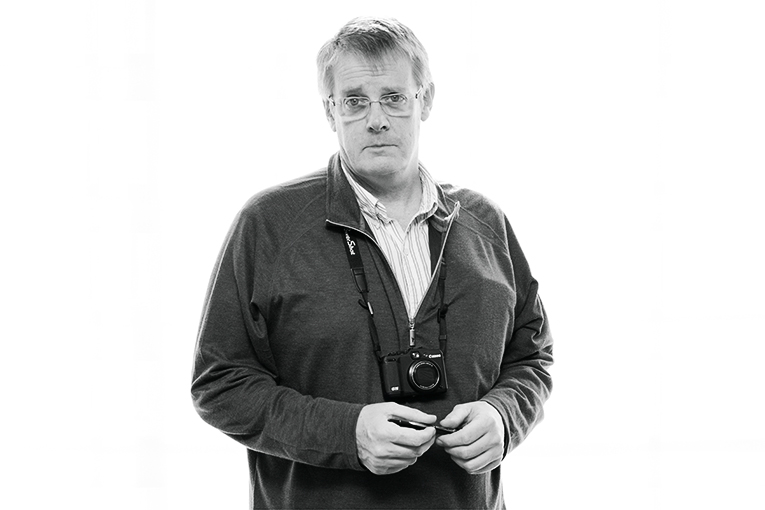 The product is the Amazon Tap ($129 USD), a smaller, portable version of the Amazon Echo, which you may have seen in TV ads with Alec Baldwin. Like the Echo, the Tap responds to voice commands. The general idea is that it’ll play whatever music you want it to -- all you have to do is ask. What it really does is play tunes from Amazon Prime Music (which happens to be my preferred streaming service), Pandora, and Spotify, and Internet Radio stations from TuneIn Radio and iHeart Radio. It does all this through a connection to your home Wi-Fi network.

There’s nothing special about the Tap’s sound quality. Although Amazon touts the Tap’s Dolby technology, it appears to be tuned so that its bass output decreases as you increase the volume. Even at fairly moderate listening levels, it sounds pretty thin. Colleagues have told me the Echo isn’t much better.

I test a few dozen portable wireless speakers every year, and I have many that sound much better than the Tap. But since I got the Tap, I haven’t used any of them. 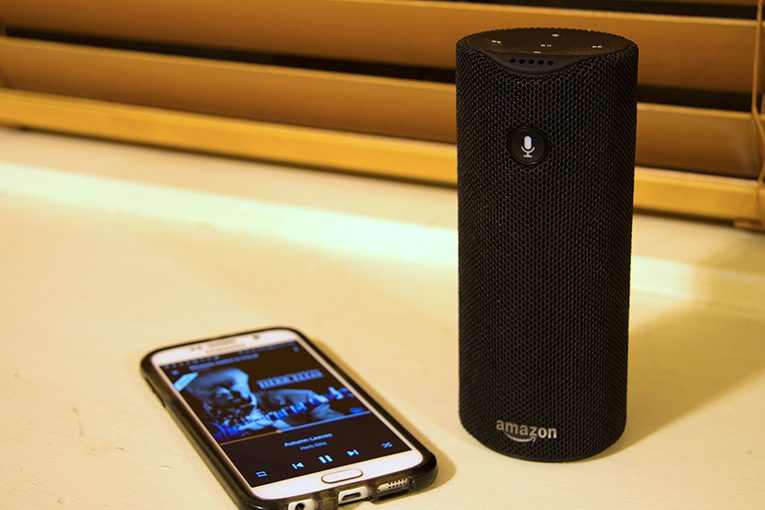 Here’s why. When I woke this morning to the Tap’s alarm, which I’d set using voice command the night before, I just tapped the Tap’s front button and said, “Play WCPT” -- a Chicago talk station. Twenty minutes later, I rolled out of bed in the mood for some prog, so I tapped the button and said “Play ‘Turn of the Century,’” a lovely old Yes tune I have only on a beat-up LP I haven’t played in years. The Tap instantly confirmed my selection and began playing the song. I’m not sure what format or bit rate it was in, but, like almost every other music fan on the planet, I didn’t care.

After “Turn of the Century,” I wanted more of the same. “Play ‘Parallels,’” I told the Tap -- another track from Yes’s Going for the One. This confused it; the Tap thought I was looking for songs by a band called Parallels. I guessed: “Play song ‘Parallels’ . . . ?” Almost instantly, the right song was playing. I didn’t have to dig through my racks of vinyl and CDs, or fuss with music-player software or a Web browser. With almost no effort, I had what I wanted. If I’d had an Echo, I wouldn’t even have had to hit the button -- I could have simply said, “Alexa, play ‘Turn of the Century.’”

You don’t have to know what you want, though. I was invited to play bass at a salsa jam session next week, and I know as much about salsa as you’d expect a guy from Texas named Butterworth would know. I can’t even name a salsa artist. Realizing I’d better start picking up on the vibe for my practice session tonight, I flicked through the Prime Music app on my phone to find a classic salsa playlist, then hit the Tap’s button and commanded, “Play ‘Classic Salsa from Fania.’” Three seconds later a tune was playing. It sounded great, so I hit the button and asked, “What tune is this?” The Tap told me it was “Te Están Buscando,” by Rubén Blades with Willie Colon.

The Tap answers other sorts of questions, such as “What’s the weather like today?” or “How far is it from San Francisco to Denver?” It can command home automation devices. But while I’ve enjoyed getting instant weather reports, those functions are outside the scope of a column about audio. 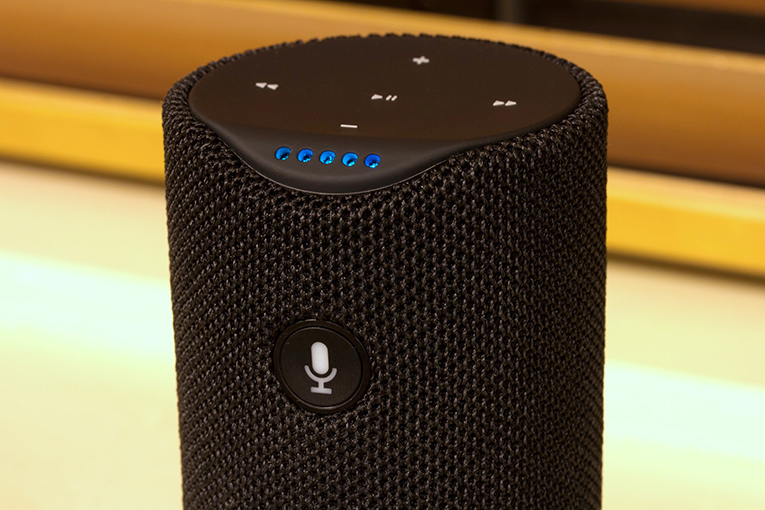 As I’ve said, I have many ways to get better sound in my home. I could (and probably eventually will) get better sound by using Amazon’s Echo Dot, a version of the Echo that has a line output to feed a stereo system, and a transmitter that lets it beam music to Bluetooth speakers. And audiophiles will find plenty to criticize about the Tap. Its sound quality is seriously compromised, due to limitations of its internal acoustics or, perhaps, aggressive DSP tuning. The music it sources is all data-compressed (although, technically, it doesn’t have to be; Amazon could add Tidal). As of now, none of the products in this line has a digital output. Non-audiophiles complain that the voice recognition often doesn’t comprehend the syntax and meaning of their commands and questions.

Still, today I feel much the same way about the Tap as I did in 2003 when I got my first iPod, another product I bought because I thought I should. After five minutes of using the iPod, I knew that it or something like it would soon become most people’s primary means of listening to music. After just a few minutes of using the Tap, I knew that it or something like it is the way we’ll be accessing music in the future. Mark my words.