Audio-Technica was perhaps a little late to the Bluetooth game, but since then the company has produced many headphones of distinction that include the wireless technology. Now they’ve come up with a new type of digital transmission that makes their new ATH-DSR7BT over-ear headphones ($299 USD) unique, and well worth considering as all-around ’phones that live up to the Hi-Res Audio badge printed on the box.

The big change is Audio-Technica’s Pure Digital Drive -- an entirely digital audio-signal chain that includes no traditional digital-to-analog conversion. According to A-T, the ATH-DSR7BTs use Trigence Semiconductor’s Dnote chipset, which makes them “capable of receiving a Bluetooth wireless transmission, by processing the original digital audio signal and transferring it to the drivers where the digital pulses of the chipset move the voice coil and diaphragm forward and backward to create sound waves heard by a listener.” 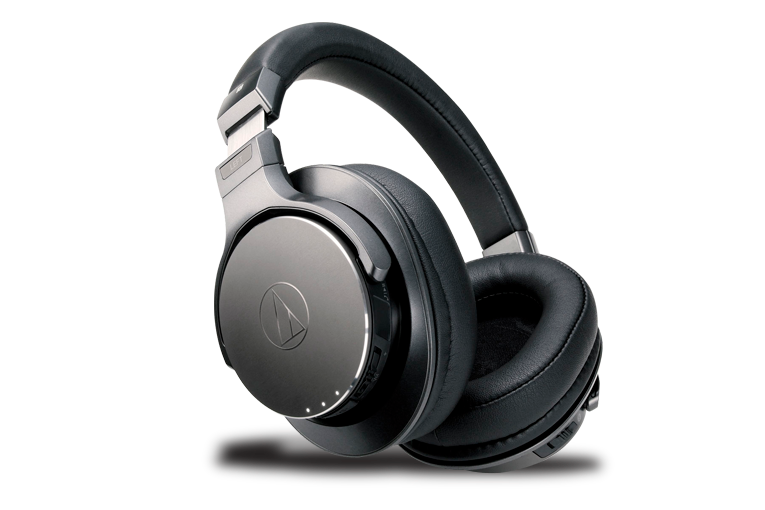 The new delivery system also depends on re-engineered, 45mm True Motion Drivers with special diaphragms and lightweight bobbin-wound voice coils, designed to deliver highly refined sound. Acoustic resistors control the flow of air in front of and behind the diaphragm, and the entire driver assembly is housed in an aluminum structure, to minimize unwanted resonances and to isolate the electronics from the housing’s acoustic space.

Printed on the front of A-T’s cardboard box is a big image of one of the ATH-DSR7BTs’ earcups; on the back is a cutaway drawing of the Pure Digital Drive audio-signal path. Inside the colorful outer box is a plain black one containing the accessories: a heavy-duty USB-to-Micro-USB cord, a large instruction manual in many languages, an insert in Japanese and English about how to connect the A-Ts to a computer, and the usual warranty and warning documents. (The ATH-DSR7BTs are warranted for two years.) Inside the black box are the headphones themselves, nestled in black fabric stretched over a plastic frame. There’s also a soft carry case. The earcups fold flat for easier storage.

I’ve often complained about the overall design of Audio-Technica headphones, whose innards seem to have more class than their outer design. The ATH-DSR7BTs get it more right. The earcups, roughly ear-shaped, measure 3.75” x 3”, with an interior opening of 2.5” x 1.75”. Made of black plastic and metal, each cup is embossed with the A-T logo, and right and left are indicated by a very small R and L. The headband and earcups have generous padding covered with synthetic leather. 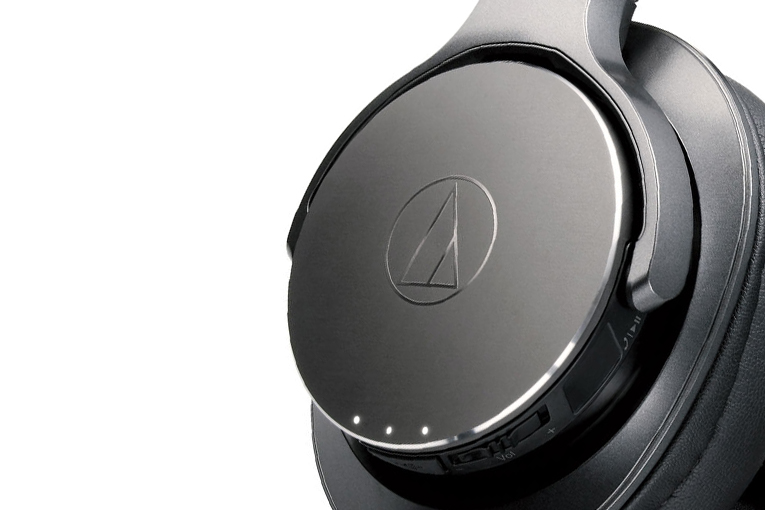 At the bottom of the left armature where it’s attached to the earcup, are a USB jack, and a button with which you can adjust the volume or go to the next or previous track, depending on how long you press it. A tap control lets you pause or resume play, and answer phone calls. At the bottom of the right side of the headband is the power/pairing switch. On the left earcup is a marked position for NFC functionality, enabling Bluetooth touch pairing with NFC-compatible devices.

At the bottom of the left earcup are three tiny LEDs that light up in various patterns to display different sorts of information, the most important being the remaining battery charge. The ATH-DSR7BTs’ battery takes about four hours for a complete charge, which lasts about 15 hours. The build quality was somewhere between average and solid. The A-Ts felt a bit creaky due to play in the headband, but once on the head they felt thoroughly solid. The ATH-DSR7BTs weigh 10.7 ounces and, with their arms retracted, measure 7.5”L x 6.5”W x 3.5”D.

The Bluetooth implementation supports the aptX, aptX HD, AAC, and SBC codecs with profiles of A2DP, AVRCP, HFP, and HSP. The ATH-DSR7BTs’ specs include a frequency response of 5Hz-40kHz, a sensitivity of 100dB/mW, and an impedance of 35 ohms. Audio-Technica claims that, with a Bluetooth connection, the ATH-DSR7BTs can play files with resolutions up to 24-bit/48kHz. Hooked up to a computer, the upper limit rises to 24/96.

The ATH-DSR7BTs were a good fit -- secure enough for almost any physical activity, yet comfortable enough for extended wear. The range of indoor wireless operation was normal for my house (about 24’), and greater outside, given a clear sightline. All of the controls worked as described in the instruction manual, though I found the tap control a bit touchy -- it was more like a touchscreen than an actual button. 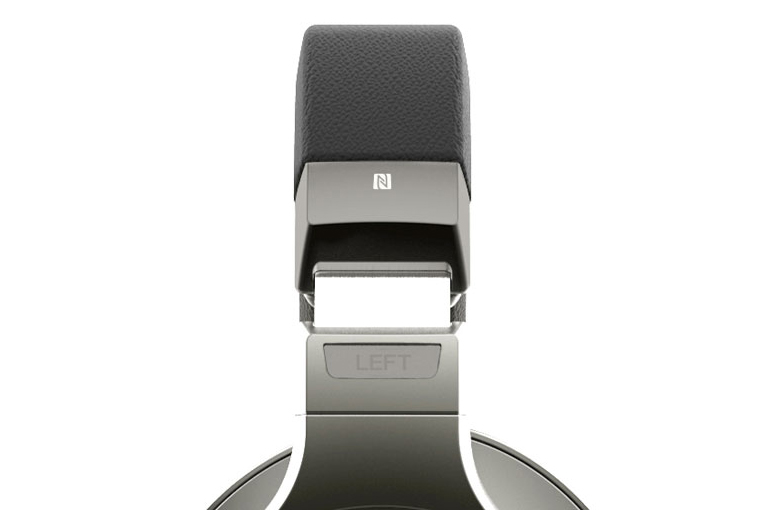 Audio-Technica’s engineers can rest easy: Pure Digital Drive works very well. The ATH-DSR7BTs had very even sound from top to bottom of the audioband: solid bass, a nonaggressive midrange with great presence, and highs that were as even and pure as I’ve heard without spending three times as much. They played loudly enough, with soundstages of average width and depth, and good transparency.

Maurice Ravel was one of the most brilliant orchestrators who ever lived, and his ballet Daphnis et Chloé is full of orchestral color. In the recording by Pierre Monteux and the London Symphony Orchestra (16/44.1 ALAC, Decca), the last five minutes ebb and flow in an exciting race to a brilliant finale, the music accented by percussion: tambourine, castanets, snare drum. I’d never heard those punctuations reproduced so clearly by headphones as they were by the Audio-Technicas -- all was solid and distinct. What an exciting listen. 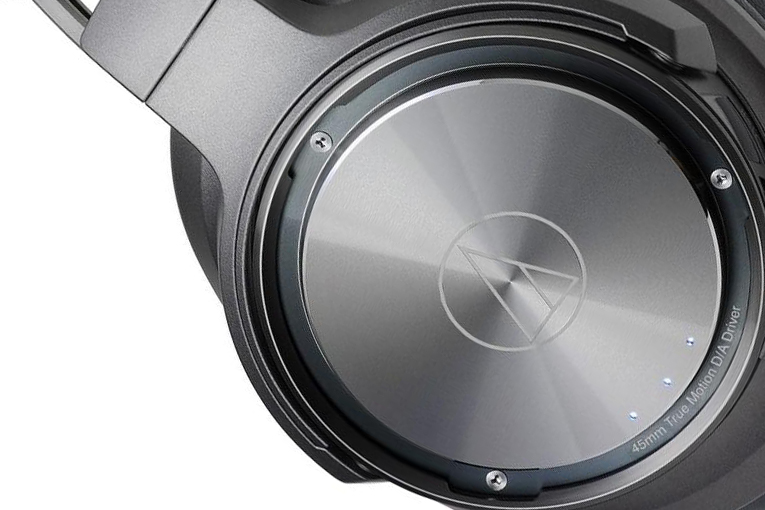 Duran Duran’s Astronaut (16/44.1 ALAC, Epic) is one of my favorite rock albums, in no small part because of the imaginative postproduction and varied percussion. The bass and midrange guitars in “What Happens Tomorrow” were commanding and solid as rocks through the ATH-DSR7BTs, and the drum kit’s highs sailed easily over this firm foundation, adding welcome spice and variety.

With Imperial March, from John Williams’s score for the film Star Wars: Episode V -- The Empire Strikes Back, as performed by Erich Kunzel and the Cincinnati Pops Orchestra on their Star Tracks (16/44.1 ALAC, Telarc), it was interesting to follow certain instruments or groups of instruments -- cymbals, bass drum, upper strings, brass -- and discover just how transparent the overall sound was, each sound complementing but never obscuring the rest. The A-Ts kept everything in place.

I wanted to hook up the ATH-DSR7BTs to my computer and listen to some of my favorite high-resolution tracks. A-T’s instructions for how to do this were good, but after plugging in, it was two minutes before the headphones were discovered by my computer as a viable alternative to my usual desktop speakers. I chose the A-Ts as my default “speakers” and was ready to go. So have patience. 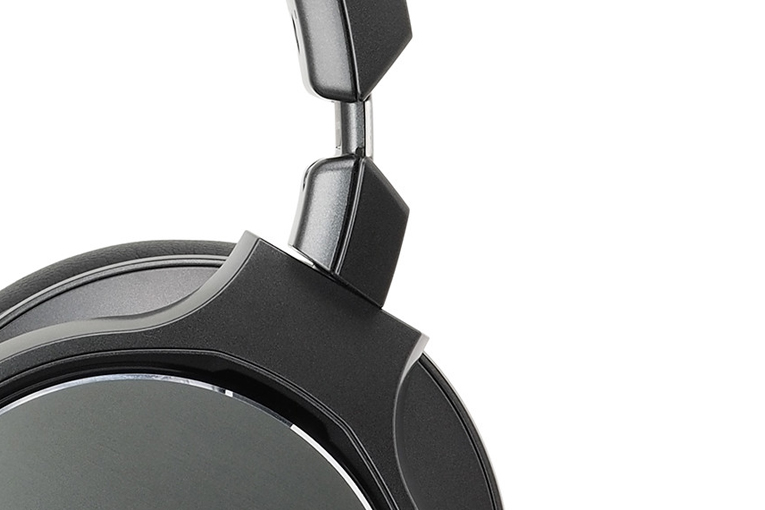 The BBC Philharmonic has become my favorite UK orchestra. I like its conductors, the ensemble’s lush yet detailed sound, and the derring-do of the individual players. Led by former music director Gianandrea Noseda, they make the last movement of Rachmaninoff’s Symphony No.1 an exciting event (24/96 FLAC, Chandos). Brass fanfares had attitude, and the snare drums swirled; the French horns played full, then echoed precisely against a fragmented, Russian-sounding melody in the strings. The Audio-Technicas’ ability to keep every aspect of sound in balance with all the rest made my experience of this riot of hi-rez orchestral color a total joy.

Charles Ives’s Variations on “America,” for pipe organ, is one of my favorite works, and the recording by organist Iain Quinn is pure delight (24/96 FLAC, Chandos). Whether the stops Quinn pulls are for raucous reed pipes, dulcet flutes, or bombastic pedal tones, this recording gets everything just right, including the generous acoustic of the venue, Coventry Cathedral. The Audio-Technicas reproduced this ambience with delicacy, and the overall recording with appropriate scale.

Usually, what’s touted as “innovation” is little more than bells and whistles. But Audio-Technica has come up with something truly new: a digital transmission path that eschews typical conversion of digital to analog. They’ve made appropriate refinements to complement their new system, yet provided it all at mid-price. (Another model, the ATH-DSR9BT, further tweaks the drivers’ voice coils and adds a hard carrying case, for $549.) There’s much to like in the ATH-DSR7BTs. Are they harbingers of the digital future? Perhaps -- but as alternatives to traditional designs of Bluetooth headphones, their time is now.