Audio-Technica, one of the last big-name manufacturers to enter the market of wireless Bluetooth headphones, has put out two new over-ear models: the ATH-S700BT SonicFuel, which I reviewed very favorably two months ago, and the subject of this review, the ATH-WS99BT Solid Bass ($249.95 USD), which has problems. 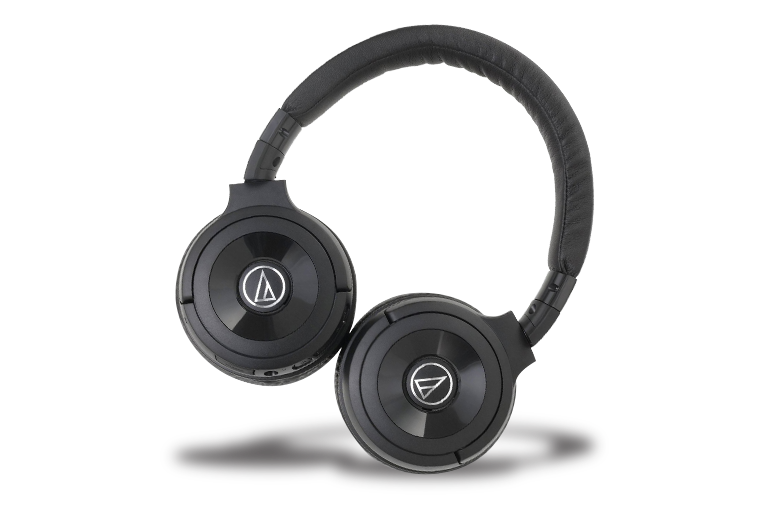 Audio-Technica’s nice cardboard box has none of the brittle plastic clamshell packaging that rip your hands (I think the stuff should be outlawed). The only plastic in the packing is the cradle that holds the headphones in place. In the box are the headphones and a soft carry case, and in that are a 3.5mm audio cable (the WS99BT can be played wired or wirelessly), a USB-to-USB Micro charging cord, and an instruction book and warranty information.

The closed-back headphones are made of plastic and aluminum, with Audio-Technica’s logo in silver on the outside of each earcup, and the Left/Right markers on the outside of the armature holding the earcups. But the logos and markers should be located discreetly on the inner surfaces, out of sight. The metal-and-plastic headband is covered in a leather-like plastic. The armatures are continuously adjustable (no detents), though they were tight enough to maintain a position.

The ATH-WS99BTs fold flat for storage in the somewhat chintzy carry pouch. Folded up, they measure 8”H x 6.4”W x 1.75”D; when the earcups are swiveled back out for use, they’re 3.25” in diameter, including each cup’s plush cushion. Unlike other A-T headphones, these have round cups. The ATH-WS99BTs feel solid and weigh a substantial 9.6 ounces. 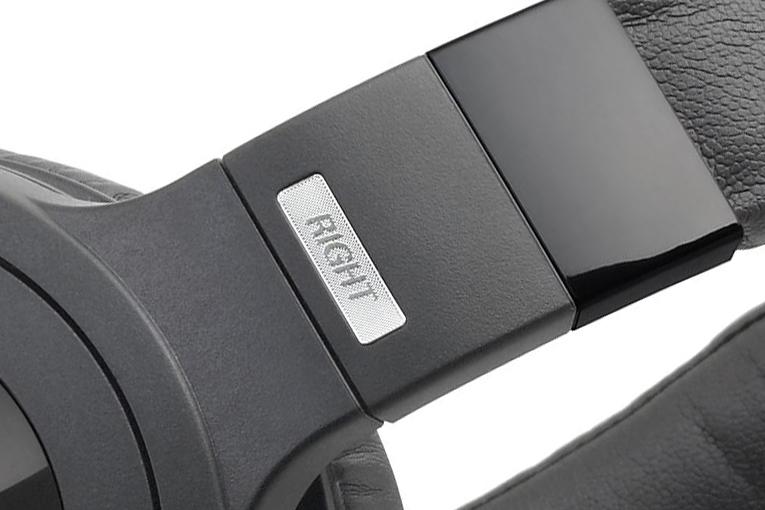 The controls are on the left cup, all in a row: a Power/Pairing button, a 3.5mm audio input, a USB charging port with the tiniest reset button I’ve ever seen, a Play/Pause/Answer button, and a rocker switch for controlling volume and Next/Previous track. I found this last control infuriating: short press for volume, long press for skipping? My average-size thumb screwed it up every single time. More about these Controls from Hell below.

The dynamic drivers measure 53mm, and the ATH-WS99BTs have a claimed sensitivity of 105dB/mW and a frequency range of 8Hz-26kHz. Bluetooth profiles supported are A2DP, AVRCP, HFP, and HSP, with support codecs SBC, aptX, and AAC.

The ATH-WS99BTs weren’t easy to use. First off, a good fit was achievable, but only with difficulty. Since the earcup sliders have no detent stops, I found it best to put them on, pull the earcups down until I had them in the right position, then push up a tiny bit until the fit was tight. This accomplished, the headphones were a good fit for most activities. Morning crunches at the gym could dislodge them, but they remained solidly in place as I walked, ran, biked, worked the treadmill, and lifted weights. They were a bit heavier than the last headphones I tested, the Audio-Technica ATH-S700BTs. Surprisingly, my ears never got hot, even after long periods of listening.

The controls were simply too small and ill placed to be used by my average-size fingers. It was almost impossible for my thumb to distinguish between the Play/Pause button and the Next/Previous slider -- and God forbid my finger slid in the other direction and hit the Power button by mistake, making it necessary to start over again. Audio-Technica’s cable has an inline control that’s worlds easier to use. I finally stopped trying, and used the controls on my source devices. 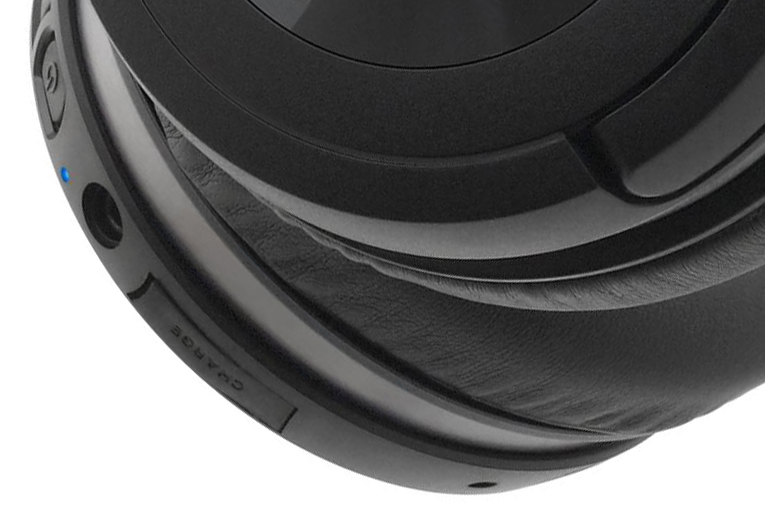 The usable range between source and headphones proved normal for my house -- 21’ to 23’ -- and the playing time on a single battery charge was close to the six hours A-T promises. The recharge time seemed even a little shorter than the three hours A-T says is needed.

The ATH-WS99BTs played quite loudly; I had to back down three clicks from the maximum volume setting or damage my ears. And that expected bass -- Solid Bass is part of this model’s name -- was there when called for. Most of the time, however, the bass sounded balanced with the rest of the audioband. With just about any Vampire Weekend album, however, when the low synthesizers kicked in, I realized that the ATH-WS99BTs had been holding out on extreme bass until it was called for. Then they could provide rich, focused bass in spades.

But what about what was going on above that bass? I heard some pretty dreadful sounds. 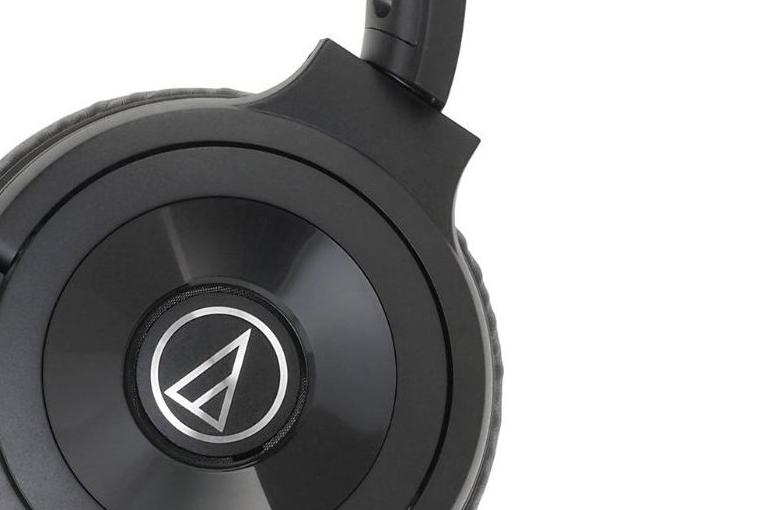 Overall, the effects were of harshness and a very narrow soundstage. With Erich Leinsdorf and the Concert Arts Orchestra’s famous 1977 recording The Sound of Wagner (16-bit/44.1kHz ALAC, Capitol) -- a very natural-sounding audiophile recording -- the violin passages sounded like buzz saws, and the overall sound had a canned nature. “I.G.Y.,” from Donald Fagen’s The Nightfly (16/44.1 ALAC, Warner Bros.), started out all right, but the minute there were more than four instruments playing, the colorations bounded all over the place, and a favorite album that’s usually the epitome of transparency sounded only congested and ugly.

No type of music was safe -- solo piano sounded incredibly artificial, harsh, and overpercussive. Voices sounded canned. Every recording I played had a much-narrowed soundstage that parked everything right in the middle of my skull. 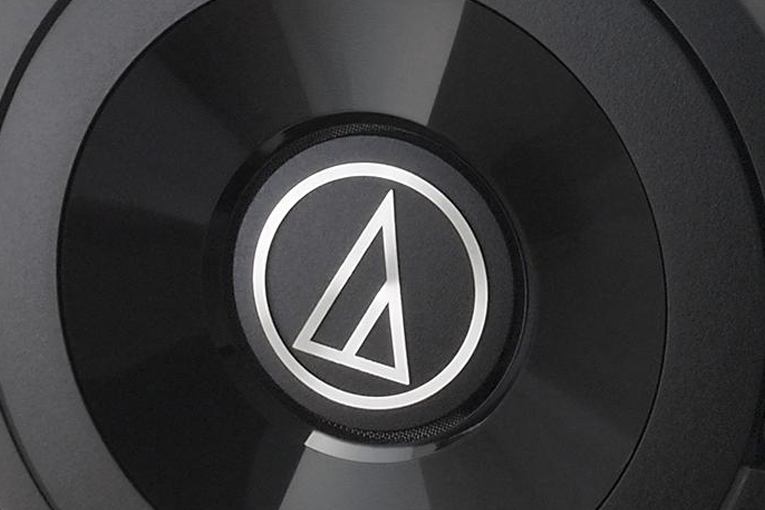 In short, just about everything bad you’ve ever heard about headphone sound was present in the sound of the ATH-WS99BTs. It’s difficult to believe that the same company that manufactured the wonderfully transparent and natural-sounding ATH-S700BTs also made these. They made me realize how lucky I’ve been in having reviewed natural-sounding models from Audio-Technica that were devoid of any monkeying around with the basics of the sound. The ATH-WS99BTs were different.

Use the link at the top to read my review of Audio-Technica’s ATH-S700BT Bluetooth headphones. You’ll be happy to find that they cost about half the price of the ATH-WS99BT Solid Basses, their controls are intuitively easy to use, they have plenty of solid bass -- and no hint of any of the colorations described above.

Move along, folks, move along -- nothing to hear here.