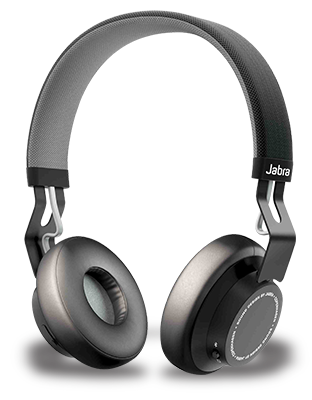 A little over a year ago, I reviewed Jabra’s Revo wireless Bluetooth headphones, now priced at $199.99 USD (down from $249.99). Now, for less than half that price ($99), Jabra has come up with the Move Bluetooth headphones, a stripped-down version of the Revos. Though some whistles and bells have been eliminated, there has been no sacrifice in sound quality.

The Jabra Moves come in a sturdy cardboard box that opens like a book. The headphones are held in place by protective foam and covered with clear plastic. Lift out the ’phones and look under the foam to find a USB-to-USB Micro charging cord (no AC adapter is included), a 3.5mm cord, a quick-start booklet, warranty information, and a red tag urging you to register your product. Why the 3.5mm cord? One of the nicest features of the Moves is that they can be used wirelessly or wired.

Looking much like the Revos, minus the color trim, the Moves have a sleek, simple modern design and come in three colors: Cobalt, Cayenne, or Coal. (On Jabra’s website, you can see them displayed in the color of your choice.) The aluminum headband is covered in fabric that Jabra claims has been tested to withstand 10,000 flexes. The headphones have also been drop tested to ensure that, like the Revos, they’re really tough.

The Jabra Moves measure 6.77”H x 5.75”W x 2.87”D and weigh 5.59 ounces. The version of Bluetooth used is 4.0. The stainless-steel arms permit continuous adjustment for head size, and the earcups pivot slightly to fine-tune the fit. The earcups are padded with foam covered in a vinyl-like material.

At the bottom of the right earcup are a connector for the charging cord and a slider switch: push it to the right to turn the headphones off, to the left to turn them on and enter Bluetooth pairing mode. LEDs confirm your actions: red for off, green for on, blue for Bluetooth, blinking for pairing, solid for paired. 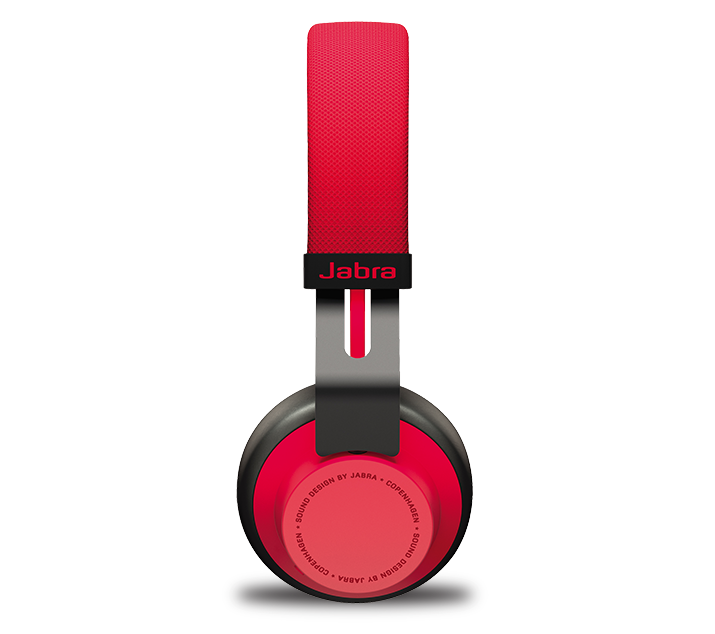 At the bottom of the left earcup is a socket for the 3.5mm cable, and a rocker switch that controls several functions. Press either end for volume up or down, or press and hold to go to the next or previous track. Press the rocker’s center to pause or play. Press either end when no music is playing and you’ll get a voice message about the status of the battery’s charge.

The Moves also have provisions for taking phone calls, if you’re set up for that. I’m not, so I didn’t try that function.

As with Jabra’s Revos, I’d hoped the Moves might be usable at the gym -- they have that tight bass that’s so good for workouts. Alas, like the Revos, they fell off my head when I bent forward or back. They might work for biking or running, but you’ll have to test that for yourself; every headphone model fits every head a bit differently. I have a large head, and discovered that if I extended the adjusting arms to their maximum, I could get a pretty good fit that allowed me to perform most domestic activities. But it’s odd that a model of headphones named “Move” doesn’t provide more flexibility of motion.

The Moves’ range was good; I could go practically anywhere in the house without losing the Bluetooth connection. Charging took about two hours; and once the Moves were charged, I never ran out of power, even playing music at high volume levels. Jabra claims eight hours of playing time per battery charge, which sounds right to me -- or 288 hours of standby time.

I found the controls a bit hard to use -- those slider and rocker switches are small. Fortunately, the one you’ll use most, Pause/Play, is identified with a bump in the middle of the switch, so that you can easily find it by touch.

The Moves’ sound was tight and clear, with a healthy midrange, transparent yet punchy highs, and solid bass. I ran the Jabra app and achieved considerably better sound. The app acts as an equalizer; I’d used the same app to set a custom equalization curve for the Revos, and that setting worked fine with the Moves.

Rimsky-Korsakov’s Scheherazade, in the recording by Ernest Ansermet leading the Suisse Romande Orchestra (16-bit/44.1kHz ALAC, Decca), was particularly amazing with the app. I could feel as well as hear the bass-drum thuds in the last movement, yet the cymbal crashes shimmered, the strings seemed to have air around them, and the brass were commanding. I enjoyed it all almost as much as when I listen to this recording through speakers. 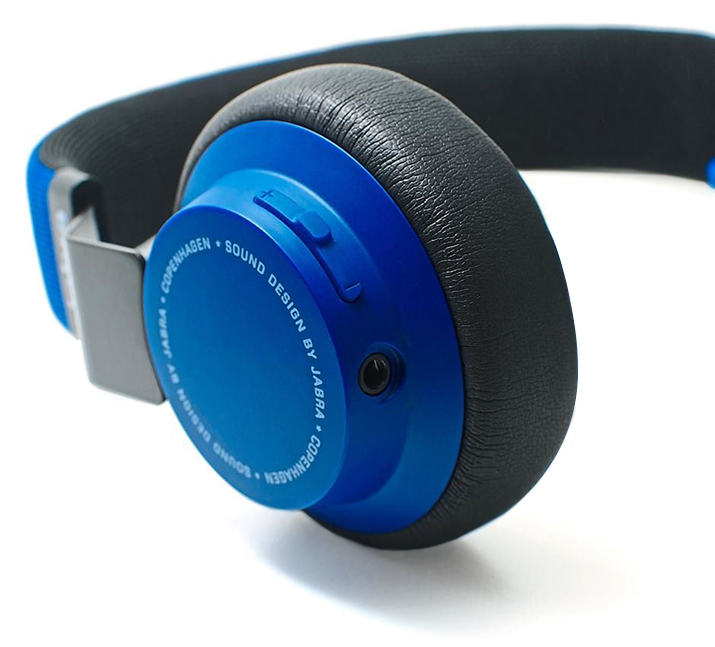 I went back to listening without the app, setting my iPod Touch to Flat, and was still pleased. The opening of the title song of Art Garfunkel’s Watermark (16/44.1 ALAC, Columbia) had a lovely, gentle, twanging sound across the entire soundstage, produced by a variety of plucked instruments. Garfunkel’s unmistakable voice imaged right at the center, where it should. In listening to other recordings, I found no genre of music that didn’t sound excellent through the Moves, and I always enjoyed listening through them.

Like the Revos, the Moves play louder than most wireless headphones; I found I could back off the volume a bit from maximum and still have enough output to satisfy.

If you’re looking for an inexpensive pair of headphones for daily use, you could scarcely go wrong with the Jabra Moves. They’re lightweight, durable, have great overall sound, and can be used wired or wirelessly. However, if you can afford another $100.99, I’d upgrade to the Revos, simply because those touch controls on the earcup surface are so cool and easy to use. You’d also get a longer warranty. Either way, you get the excellent Jabra sound, which should please most listeners.