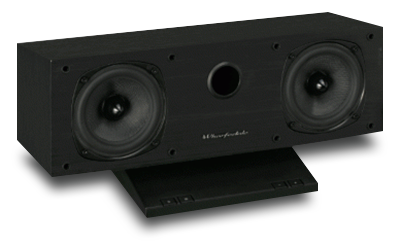 Back in the 1950s and ’60s, when it seemed that all college students had Acoustic Research AR-3 bookshelf speakers, my favorites were a pair of Wharfedales. In the ensuing decades I went through many different speakers, before deciding on MartinLogans as the right choice for my main audio/video system. But in the past two years I’ve been testing a lot of portable and Bluetooth speakers, and was excited to see that Wharfedale now makes one: the Cobalt.

In the cardboard box is the Cobalt speaker ($299 USD), a remote control, a power cord and power supply, an audio cord with 3.5mm jacks at either end, and an instruction manual. The speaker’s exterior is made of the usual hard, glossy black plastic, despite the fact that the material is an A+ dust catcher. But I must admit -- if I dust it every day, the Cobalt looks dazzling.

The Cobalt is permanently affixed to a pedestal and tilted up for the best sound. All the input jacks are on the back of the pedestal, with the controls on the pedestal’s front. The rectangular speaker cabinet itself is sleek and smooth, broken only by a classy-looking Wharfedale logo at the top of the grille. The Cobalt measures 15.25”W x 5”H x 5.5”D, the pedestal 7.75”W by 0.75”H x 6”D. The overall height is 7”, the overall depth 6.5”, and the total weight 8.5 pounds. The Cobalt’s grille is easily removed to reveal two 100mm Sonic Clarity full-range drivers and, between them, a bass port.

On the front of the pedestal, flush with its surface, are four controls: power on/off, source (Bluetooth/Aux), and volume +/-. At the far left are three LEDs: red for standby, green to indicate that you’ve selected the Aux jack, and blue to indicate Bluetooth status. On the rear of the pedestal are only two jacks -- one for the power cord, and an auxiliary jack for plugging in non-Bluetooth gear. The wafer-style remote control is fairly limited: on/off, play/pause, volume up/down, and mute (though you can surely do this last from your Bluetooth device as well).

Although Wharfedale describes the Cobalt as a “wireless” system, as Boston Acoustics describes its MC100 Blue Bluetooth speaker, which I reviewed in January 2014, it’s wireless only in the way Bluetooth connects the audio signal. It still needs to be plugged into an AC outlet to operate. I repeat what I said in my review of the MC100 Blue: Unless a speaker or other audio device has an onboard rechargeable battery, it shouldn’t be described as “wireless.” “Bluetooth” signifies wireless signal operation. The Wharfedale Cobalt is more accurately described as a “Bluetooth speaker.”

I got a range of wireless operation of about 24’ in my house, which is pretty good. The remote control was so limited in scope that I exclusively used the play/pause and skip forward/back controls on my Bluetooth devices. The one thing you might want to use on the Cobalt remote is its volume control. You can also set the Cobalt at the top of its range, then adjust the volume with your Bluetooth device’s volume control.

The Cobalt is equipped with aptX circuitry, which improves Bluetooth sound. I used the auxiliary input for comparison, and heard slightly more transparent sound than the regular Bluetooth input.

Overall, the Wharfedale Cobalt could play quite loud, though never so loud as to drive me out of the room. The sound was rich, full, and robust, with a bit more bass than I’d expected for so small a speaker. It sounded very much like a decent bookshelf speaker twice its size. The midrange was warm and the highs slightly recessed, resulting in a full, warmish sound. Stereo separation was apparent, and also better than expected. Wharfedale uses a proprietary digital sound processor to ensure that the sound fills the room regardless of the volume level -- sort of an automatically triggered loudness control. I found that this worked quite well. 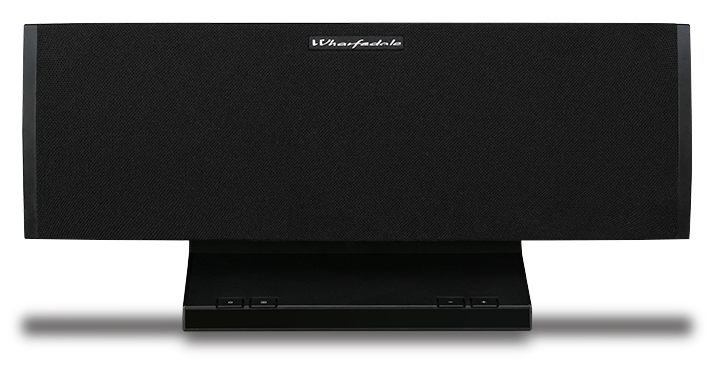 In Gnomus, from Mussorgsky’s Pictures at an Exhibition, from Sir Alexander Gibson’s Witches’ Brew collection (16-bit/44.1kHz ALAC, RCA Living Stereo/Classic Records), the cellos, basses, and trombones growled appropriately, the cymbal clashes shimmered, and the celesta provided a dulcet yet eerie sound. “Chains,” from Duran Duran’s Astronaut (16/44.1 ALAC, Sony), boasted commanding, well-focused bass and natural-sounding voices, but the highs were very slightly reticent. The string intro to “Paper Chase,” from Richard Harris’s The Webb Sessions 1968-1969 (16/44.1 ALAC, Raven), was sumptuous, with good presence in the lower strings, while the harpsichord in the right channel had a lot of sparkle. Harris’s threadbare but effective voice in the center sounded accurate, and the drums in the left channel had nice bite, even if, as expected, the lowest bass was missing.

The Cobalt begged comparison with the Boston Acoustics MC100 Blue. The two are about the same size, and each has a pedestal and that glossy black-plastic finish. Listened to side by side, they sounded quite different, but it wasn’t a case of one sounding “good” and the other “bad” -- both were excellent. With its warm midrange and upper bass, the Cobalt sounded more plush, whereas the MC100 was a bit brighter, and its emphasis of the highs gave it slightly more presence and a more detailed sound overall. The MC100 also produced a bit less bass, but that bass was more focused than the Cobalt’s; less was more.

There are other, more objective differences. At $149, the MC100 Blue costs only half as much (though I’ve seen the Cobalt advertised at two-thirds its list price), and its remote boasts more controls. The MC100 can also be mounted directly on a wall; the Cobalt would need a shelf.