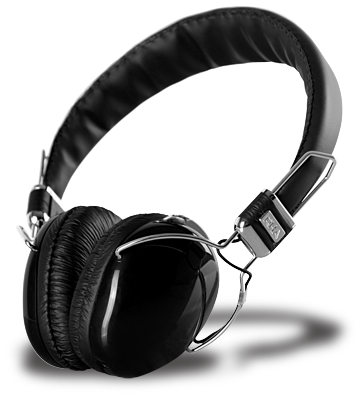 If, like me, you want headphones that produce enough bass, you’ve probably been using some of the larger designs, such as Logitech’s UE 9000 ($399) and SMS Audio’s Synch by 50 ($399.95), both recently reviewed. Those are fine but a bit pricey, and while not all that heavy, they’re a bit cumbersome to wear or carry. RHA, a division of Reid Heath Ltd., a Scottish company new to me, offers an alternative: the SA950i headphones ($59.95).

The SA950i headphones are presented without frills or accessories. There’s no carrying case -- just a detachable cable that contains an inline remote control and microphone with controls compatible with iPhone, iPod, iPod Nano, iOS, and some Android devices. Click the multipurpose switch once to pause, twice to go to the next track, and three times to return to the beginning of the current track; two sets of three clicks each take you to the previous track; and pressing a button at either end of this central control raises or lowers the volume. If you’re using your headset with a phone, pressing the volume-down control lets you take calls. The very skimpy user’s manual can be read in less than a minute.

The headphones themselves are pleasingly retro, and look sharp on or off the head. The outside of the cans is gleaming black plastic, the headband and frame a combination of leatherette and chrome. The nifty chrome slider for each earcup has no detents, and so is continuously adjustable. The earcups pivot to aid in getting a good fit, but the ’phones don’t fold. The SA950i headphones measure 7.2"H x 5.7"W x 2.5"D and weigh only 3.7 ounces. The slightly teardrop-shaped earcups measure 2.75"L x 2.25"W, with earpads 0.6" thick. Inside each cup is a single, 40mm-wide driver of titanium-coated Mylar. RHA claims a frequency response of 16Hz-22kHz, an impedance of 32 ohms, and a sensitivity of 113dB.

The build quality is solid -- more so than is apparent in photos. The detachable cable, sheathed in braided cloth, reduces tangle and has gold-plated connections.

I found the RHAs not entirely easy to position on my head, but that greatly depended on what I was doing while listening. They positioned easily for sitting and commuting, but I found it best to clamp them snugly to the top of my head while doing things around the house or working out at the gym; otherwise, they slid off with any rapid forward-and-back motion. My hair is very short, close to bald, so it was no big deal to snug down the SA950i headphones to my scalp to keep them from slipping; someone with a full head of hair might have a bit of trouble. The RHAs were still comfortable after 90 minutes of listening. RHA doesn’t advertise these ’phones for use during sports; that was just a nice bonus I discovered.

The inline control was a snap to use, once I got used to where each function was. The cord plugged in tight to my iPod Nano, with no wiggling or the attendant static of a bad connection that have plagued some other plugs I’ve tested. That detachable cord is a plus: If it wears out before the headphones do, you can replace just it without having to replace the ’phones themselves. I doubt that will happen, though; the lightweight RHAs proved exceptionally sturdy.

The SA950i’s titanium-Mylar drivers produced amazing bass. When I first turned them on, I played Backstreet Boys’ "Masquerade," from This Is Us (16/44.1 ALAC, Jive). The pounding kick drum that enters a few seconds into the song nearly blew me away -- I’d never heard that kind of bass from a small pair of headphones. In the next cut, "Bye Bye Love," the drum was even more insistent. Usually, with headphones, when you increase the volume of sounds such as this, distortion floods in. Not with the RHAs -- I cranked up the volume to dangerous levels with no audible distortion!

Turning to "Opera Singer," from Cake’s Comfort Eagle (16/44.1 ALAC, Columbia), I was amazed that the track was reproduced with such tremendous clarity, crisp drums, clean voices, and clean guitar and trumpet commentary -- overall, the mids, highs, and bass were extremely well balanced. "The Chain," from Fleetwood Mac’s Rumours (16/44.1 ALAC, Reprise), was more urgent and dramatic than usual due to the greater presence of the drums, and the awesome growl of John McVie’s electric-bass solo in the bridge. 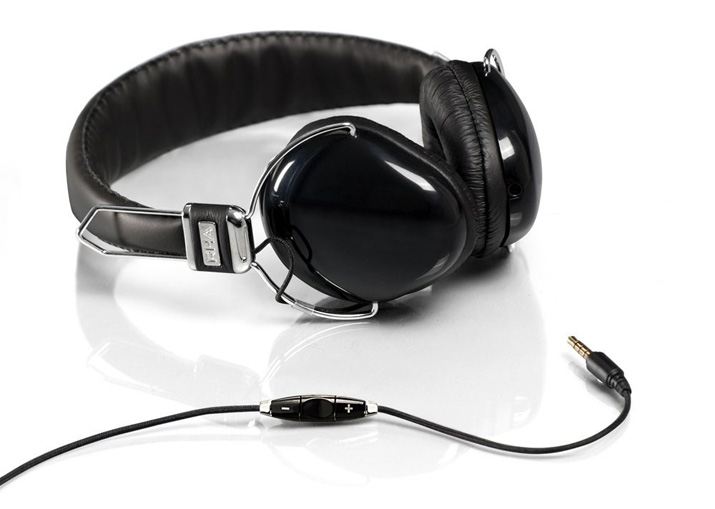 Classical music, too, was handled with excellence by the RHAs. The final movement of Rimsky-Korsakov’s Scheherazade, in the recording by Ernest Ansermet and the L'Orchestre de la Suisse Romande (16/44.1 ALAC, London), is a tour de force for full orchestra. The lower percussion was awesome. At the point where Sinbad’s ship breaks apart on the rocks, I could hear every individual bass-drum stroke, not just a blur of low-frequency sound. The upper percussion seemed a bit rolled off but still had presence and clarity -- in fact, it sounded as it should: from the rear of the orchestra. In the third movement of Vaughan Williams’s Sinfonia Antartica (16/44.1 ALAC, EMI), a resplendent gong stroke opened up a tumultuous passage for full organ anchored by mighty pedal notes.

The good sound of the SA950i headphones encouraged me to try a lot more music. The bass on all of the recordings I listened to was full and focused, the midrange had presence and transparency, and the highs always sounded true: rolled off with some recordings, and not with others. The SA950i headphones had the best overall balance, from bass to treble, that I’ve heard in their price range.

The RHAs carry a warranty of three years, a length virtually unheard of for this type of component at this price. If your SA950i headphones need warranty work, you click on a link on RHA’s website and fill out the form that pops up. Owner-caused damage isn’t covered, but any defect in manufacturing is. RHA will repair or replace, as the situation demands.

The RHA SA950i headphones are a genuine bargain. They will give you an ampleness of bass and a balance of sound that are usually heard only from headphones costing much more. They’re light, comfortable, stylish, have a detachable cord, and a terrific warranty. If you’re on a budget but still want excellent sound, especially good bass, these could easily be the headphones for you.

Sold at Amazon.com and at Apple Retail Stores
Website: www.rha-audio.com