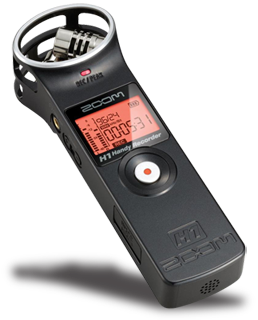 The continuing miniaturization of devices that can record and/or reproduce music blows me away. For the past six months I’ve been using Google to find original album-cover art for recordings I’ve ripped as Apple Lossless (and beyond) files. Don’t ask me to explain it, but if I can throw one of these up on the screen of my Logitech Squeezebox Touch and occasionally glance at it while listening, I get a warm, fuzzy feeling of remembrance that seems to improve the sound. When these recordings were transferred to CD, they usually included extras from other albums by (perhaps) the same artist. The covers for those editions I do not consider original. The upshot is that I’m coming to remember the relatively short playing time of the average LP, and learning things like this: the original edition of one of Ernest Ansermet’s recordings of Stravinsky’s Pétrouchka, about 35 minutes long, occupied two sides of an LP. If we go back to 78 records, the ballet would require even more sides.

During the same time I was remembering the short sides of vinyl, I became acquainted with the miniature Zoom H1 Handy Recorder, made by Samson Technologies. It records music -- or anything else -- on microSD cards, each of which is about the size of an adult thumbnail. The H1’s easy-to-read screen tells me that the 8GB card I installed in it can hold 55.5 hours of material at MP3’s highest setting, 12.5 hours at CD quality (16-bit/44.1kHz), or 3 hours 55 minutes at 24/96 resolution in the WAV format. It does this on a single AA battery that will last five to six hours (Zoom claims ten hours, but I couldn’t achieve that). As I used the H1 over a few weeks, I found out it had other outstanding abilities -- and a major flaw.

The Zoom H1’s 6.75”L x 3.75”W x 2”D box has a sharp, full-color picture instead of a transparent window, and bears the slogan “Brilliant stereo recording . . . now in your pocket.” Inside are the H1, an AA battery, a 2GB microSD card preloaded with WaveLab’s LE 7 audio and editing software, a quick-start guide, warranty registration information, a pamphlet advertising other Zoom products, and three fact sheets: a note of caution re. SD cards, the system’s software history, and a quick-start guide to using WaveLab LE 7.

The Zoom H1 itself measures 5.375”L x 1.75”W x 1.25"D. Its shape is reminiscent of a candy bar: a rectangular stalk with a cage at the top that houses two microphones, arranged in an X/Y pattern to record stereo sound. The H1 is different from almost all similar recorders in having direct-touch controls. There are no menu screens to set up, though the H1’s front panel does have a very readable 1” x 0.75” LCD display that indicates the recording or playback level, which recording format is being used, the battery life, the folder number, and the recording or remaining time. Below the screen is a single button with a red dot: the Record button. It’s simplicity itself: Point the H1 at what you want to record and press the red dot. To stop, press the dot again.

On the left side is a 3.5mm Phones/Line Out jack, an output Volume rocker switch, and a covered slot for the microSD card. On the right side is a 3.5mm Mic/Line In jack, an Input Level rocker control, playback buttons (Forward, Play/Mark, Rewind), a Delete button marked with a trashcan icon, a three-position Power/Lock slider (On/Off/Hold), and a Mini-USB jack. On the rear panel are three sliders -- Lo Cut (on/off), Auto Level (On/Off), and Rec Format (WAV/MP3) -- and a door that slides open to reveal the battery well. On the bottom end of the H1 is a tiny speaker with which you can confirm that a recording has been or is being made. With its battery installed, the H1 weighs 3.1 ounces.

The Zoom H1 fits comfortably in the hand; I could easily press the Record button with the thumb of the same hand. For other controls, you’ll have to use your other hand -- not easy if you’re older or have thick fingers. Except for the Volume rocker, the buttons are all flush with the H1’s body. This makes it difficult to accidentally press a button -- a particularly good idea for that Delete button -- but just as hard to use them deliberately. After three weeks, I still had to look more often than I wanted to to be sure I was pressing the right button. But this is less of a big deal than it sounds; once you get everything set up, all you need to push is that big button with the red dot.

The easy-to-read display made it pretty easy to set a recording level; this can be done in Standby, before you press Record. A red LED just below the mikes indicates whether or not you’re recording, and does double duty by flashing when you’ve exceeded peak level, whether you’re in Standby or Record mode. In very short order, I could keep the H1 in a pocket, whip it out when I needed it, set a recording level, and start recording. If you want to be even faster on the draw, you can enable Auto Record Level (more about that later).

The Power/Lock slider took some getting used to: Slide it down, then hold it until the screen displays “Hi.” If you just slide it down and let go, you won’t have turned it on. Shutoff is the same: Slide down, wait for a confirming message on the screen, then let go. If you slide the switch up, you put the H1 in Hold mode -- that way, you can’t accidentally turn it off while recording.

I was pleasantly surprised with the Zoom H1’s recording quality. Of course, a lot depends on the format you choose. The H1 will record MP3 from 48 to 320kbps, and WAV from 16/44.1 to 24/96. It’s the usual tradeoff: the higher the resolution, the better the sound but the shorter the recording time. I found MP3 at 320kpbs to be just fine for interviews, forums, presentations, or anything else spoken that doesn’t involve music. For recording ambient soundscapes and music, I preferred WAV 24/96.

It took some experimenting to discover which format would work best for a particular recording job. I think the highest MP3 rate sounded so good simply because I wasn’t expecting so high a quality from such a small device; it took me a while to realize that the sound was even better in WAV. I used headphones to monitor the output, but to test how good the H1’s electronics were, I recorded music files from my computer to it, then removed the H1’s card, inserted it in the proper slot of my Squeezebox Touch, and played the files through my main audio system. There was virtually no difference in the sound; the little card definitely gave me something I could call high fidelity. I was also able to play back through my main system 24/96 recordings of piano, and audio recorded in my own room using the H1’s mikes instead of a line in, and again, the results were excellent.

The little problems first: I found the Zoom H1’s Auto Level useless except for recording interviews and forums. With music and soundscapes, it boosted softer sounds to ridiculously high levels. Second, the H1’s mikes needed a wind screen. Fortunately, Zoom sells an accessory kit that includes one, as well as a mini tripod, a carrying case, an AC adapter, a USB cable, and a mike-clip; I’ve seen it for less than $25 online. (At some Internet stores, if you buy H1 together with its accessory kit, you can save a lot of money.) You’ll also need that tripod -- the H1’s mikes are sensitive enough to pick up any sound created by moving or handling the device itself. I was able to greatly reduce extraneous sounds by wrapping the H1 in a sock; I imagine each user will come up with home remedies for the problem. Another little problem is that the H1’s Record mode has no pause function. Switching off Record and starting to record again is instantaneous, but the H1 starts recording a new file every time you do it.

The big problem is the build quality. The H1 is made entirely of plastic and feels like it. If you grip it tightly, it squeaks and groans a bit. It’s not just the little things that feel fragile, such as the tether to the microSD card-slot cover, or the small buttons; it’s the body of the H1 itself. If you tend to drop cell phones -- any of which is probably better built than the Zoom -- I doubt the H1 is for you. I shudder to think what would happen were it dropped on a hard surface.

But if you’re careful with your stereo equipment, the Zoom H1 Handy Recorder’s low price, simplicity of use, and quality of sound might be the combo for you. I can see amateur bands using one to record consecutive tunes at a rehearsal or performance -- its simple Record function lets you give it to a friend in the audience and let him/her be the engineer -- and it’s perfect for voice recording. An MP3 recorded at 320kbps gives you an amazing amount of recording time for a single microSD card. Or say you’re on vacation -- you can easily record anything you want, from concerts you might attend along the way, to soundscapes (so you can listen to the beach later in the year, when it’s snowing). Just don’t think you can toss it anywhere without care, and everything should be OK.

The Zoom H1’s big plus is its compact size; it’s a point-and-click camera for sound. You probably won’t carry one around all the time, and you’ll want a more expensive device if you’re making a disc of demo tracks -- but if you want a reliable recorder to give you very satisfactory amateur recordings, the H1 is well worth consideration.